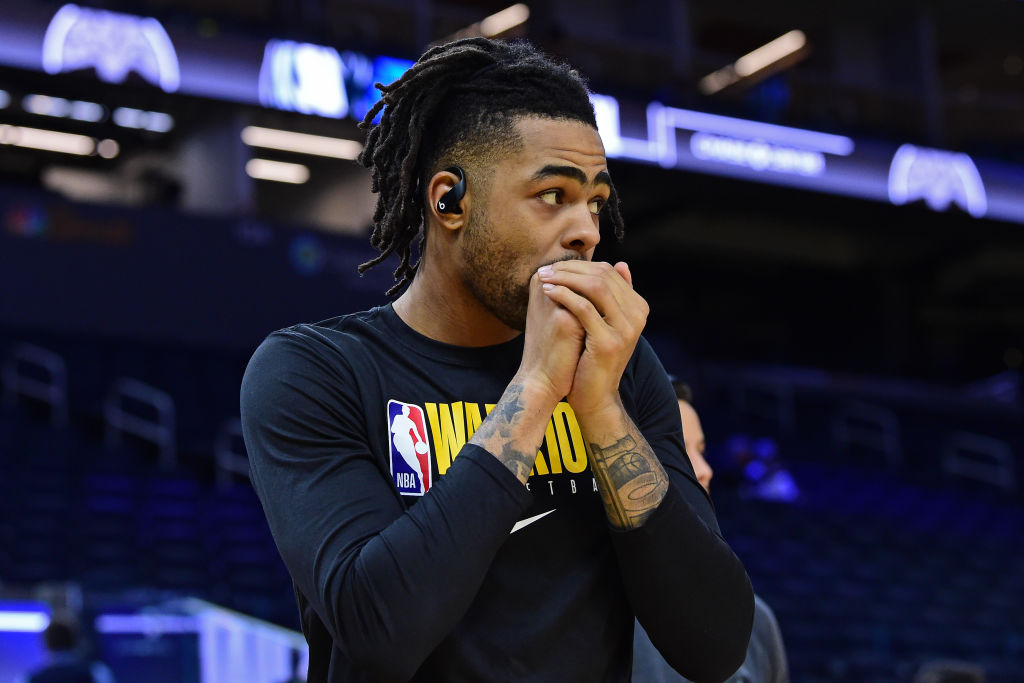 the twin cities load the perfect teammate for towns

Like an ‘Uncut Gem’ the number 21 of Kevin Garnett shows up with the Mound Round of Rebound, number 34 of Charles Barkley and the number 10 of Run-TMC crossover artist Tim Hardaway for a SLAM magazine cover shoot. No this isn’t the mid-90’s when the Basketball bible was born, but last fall with the alternates of Minnesota Timberwolves big tree Karl-Anthony Towns, Phoenix Suns flame thrower Devin Booker and the ice in San Francisco’s Pacific ocean, Golden Gate veins in new Golden State Warriors star D’Angelo Russell, getting ready for their classic cover concept close up. As this big-three set of young Kings and fast friends talked about playing with each other one day.

“When we’re all on the same team—I ain’t gonna tell you which team because I don’t know—we’re gonna do this again”, D-Lo told the iconic basketball magazine for it’s inspired cover story. Well loading we all know which team that’s going to be for now if the two that could combine for 70 on any given night get the one guy that pacing Kobe and Wilt hit that.

In this trade deadline day that is becoming more like the second chance saloon draft day late in the games season, this endgame saw more blockbusters than Marvel. But nothing out of a Hollywood stop press script that looked to trade the remaining Kyle Kuzma like the Lakers D’Angelo Russell birthed young core for a Rose that grew from concrete.

The show goes on for Kuz, Danny Green and thank the Basketball Gods cult hero Alex Caruso, as the Lake Show keep their team together in a time were after the tragedy of Kobe they need to band together like the brothers that they are. Yet if you look at today’s loss against the Rockets and see who was sitting next to Buss for the dream of Jeanie courtside to a standing ovation, it looks like were the Lakers failed with Carmelo Anthony and Andre Iguodala they won’t with top guard Darren Collision. Who could be the Piston like Rasheed Wallace piece that motors this city towards a championship.

L.A. also got brother Marcus Morris Sr. The twin Clipper city rival that is, who also got former Laker super sub Isaiah Thomas from Washington, a guy who has moved around and changed his address more than trailer parks. The Wiz got Jerome Williams in this deal, whilst New York got the Clippers hustling big Maurice Harkless.

Iguodala after a bleak season of sitting out in protest in Memphis, is now taking his defensive, six man talents to Miami where he joins Jimmy Butler’s new young core silver service, looking to deliver a championship on a white gloved tray. But did the Grizz get the gritty better end of this deal with the Heat’s hot Justice Winslow (who was originally meant to follow the way of Wade)?

The Heat also copped Harkless Spider-Man pointing lookalike (no he hasn’t moved twice) Jae Crowder and Solomon Hill, but the Grizzlies clawed back James Johnson and troubled but talented Dion Waiters (although it looks more like Dion Waivers as Memphis don’t plan to wait on him too) from Butler’s servers, so you be the like for like judge. One things for sure, Ja Morant is going to bring out one of his trademark posters for Iggy after ‘Dre dropped off the map like a lack of blue tack or ‘The Detox’.

Just like he did against the zero hero, all Love out in Cleveland, where a huge Cavalier move sees Andre Drummond join Kevin in Cleveland for a formidable front line that’s all heart like next weekend.

A couple more trade highlights include Jabari Parker on the move again to Sacramento with the Kings. The former throne home of Golden State Warriors big man and another former potential big Draft star in Willie-Cauley Stein doing Dallas like Debbie. And how about former Lakers like the Kings Trevor Ariza and Portland’s Kent Bazemore going Eddie Murphy and Dan Aykroyd places?

But the biggest move on paper seems to be in the A, were the Hawks swooped in and copped defensive wing clipper Clint Capela from the Houston Rockets along with legend Nene (who the have since waived goodbye too) for Robert Covington and Jordan Bell. As Minnesota threw in their hand with this trade too, to acquire Malik Beasley, Juan Hernangomez, Evan Turner and Jarred Vanderbilt to help make their new point. The Nuggets got Gerald Green and Shabazz Napier as part of this deal as well . Whilst Atlanta also welcomed back a Minnesota traded Jeff Teague in a separate deal for the full circle of this day.

Still the BEST move of the night seems to go to another former Laker like Jordan Clarkson heading to the Salt Lakes of Utah. D’Angelo Russell has been done dirty by this league. He deserves to be more than an All Star journeyman. He’s better than that. But now it looks like he’s finally found his lasting stop as Minnesota traded Canada’s own Andrew Wiggins to the frozen splash in the straight outta Oakland, Golden State of San Francisco for him.

The Lakers should have waited and treated D Loading better like Randle, Ball, Ingram… we could go on…and have. He seemed to be the perfect fit in Brooklyn last coming of age season, like a King of N.Y. crown cover on B.I.G. And even though it always looked like Golden State signed him to lure him away from their Laker California rivals redemption this Summer and eventually trade him by this deadline day like they just have, D Lo looked like the third Splash Brother triplet and also carried the whole Steph, Klay and Dray injured team on his trademark dread locked head as he locked it down before the mid-season break.

But now he brings his beautiful, trademark rainbow range from three to the twins and that best in the association jersey as a member of the Minnesota Timberwolves. The excitement is so live in living colour like that fluorescent green alternative that an elated after his disappointing All Star, NBA Oscar season snub Towns braved the towns early hour cold to greet this new prince of Minnesota with his new ice cold, zero below jersey on the landing strip runway of Minneapolis’ airport.

Forget ice in his veins, with D’Angelo there’s ice in his city now. Cold as, now one of the worst teams in the league instantly becomes a contender for decades with these two 23’s like the age of the back of the King James jersey version in year 17. The most dynamic duo Minny have had since the Big Ticket Kevin Garnett and Stephen Marbury back in ’95 and what could have been. SLAM need to remix remake that ‘Showbiz and KG’ cover like they already did with Ricky Rubio and K. Love.

Russell’s range, perfect from the perimeter compliments Karl-Anthony’s downtown and down low game like peanuts. Add Devin to a next generation big-three like that SLAM cover and heaven knows (and help like Lenny Kravitz) that everyone will be bowled over like Charlie Brown, Snoopy. They may as well kick it with football like Jay-Z and stay seated.

As far back as they can remember they’ve always wanted to do this. Goodfellas for ‘The Irishman’ Netflix age.

All we need now is Book.