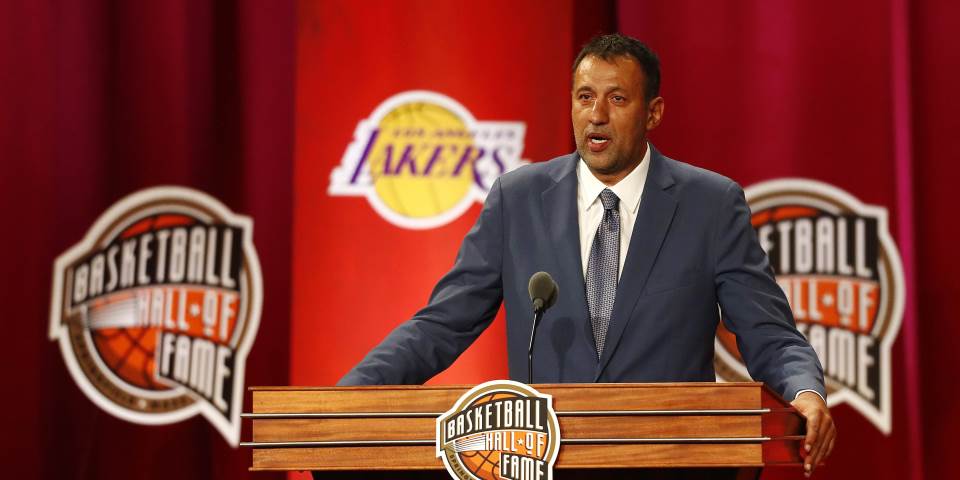 Vlade Divac, King Of The Hall Of Fame

If you don’t think this year’s Naismith Hall of Fame was full of legends, then you don’t know Basketball?

Sidney Moncrief, Paul Westphal, Jack Sickma, Bobby Jones, Al Attles, Teresa Weatherspoon, Chuck Cooper, Carl Braun and Bill Fitch can all call themselves the class of 2019 when the H.O.F. has a reunion. And they were all lead down the corridors of the Hall by the biggest in the class, Vlade Divac.

Those made to measure orange jackets always come in big and tall plus sizes-its the game-but how about the jacket on Vlade? He was part of the legendary Yugoslavian side that won silver in the Olympics and was friends with the late, great Drazen Petrovic. He won another silver with Serbia when civil war tore apart his country and unfortunately friendship with Drazen. Altough if you watch the heartbreaking ESPN 30 For 30 documentary ‘Once Were Brothers’ you will see that it’s still all love for big Vlade like the theme of his beautiful speech this weekend.

“To me basketball was always about love.”

Younger fans you may remember Divac from being the guy that went up against Shaq and was big enough a body and just as good a passer during the King’s California clashes with the Lakers in their state rivalry that ran deep into the playoffs and game seven’s. Anyone that thought the Lakers three-peat was a cake walk need to think again. The San Antonio Spurs. The Portland Trailblazers. It was no milk run. And the Sacramento Kings were arguably just as competitive and tough to beat than any of those teams…if not more so. And arguably it was as much, if not mostly to do with Vlade as he formed a formidable frontline with Chris Webber. As one of the first Euro players to change the game before Dirk or Pau was flanked by Sacramento Kings foreign shooters like Peja and Hedo and whichever Bibby or J-Will Point Guard they were riding with at the time before Bobby Jackson came off the pine. And if it wasn’t for what Vlade called a “lucky shot” from Big Shot Robert Horry then the Kings could have gone all the way to the crown.

But did you forget that not only was Vlade Divac one of the Lakers biggest rivals, he was also one of their biggest players? You better check a newspaper or something. Divac not only began his career being drafted by the Lakers (the reason why Laker legend and executive decision maker Jerry West sat next to him to be the official one like the logo he is to welcome him into the Hall), he also ended his career with the Lakers playing alongside the guy he was traded for in another poetic move to his career like one of his precision perfect, pitched passes. Vlade Divac wasn’t just one of the best international players of all-time, but one of the greatest players in this worldwide game, NBA or internationally regardless. Also this young big played perfectly with Magic and backed up the sky hooks of Kareem before taking over cap’s mantle himself as Showtime faded, but still showed out during his time. All to become not only one of the most famous faces of Laker history, but one of their legacy making best big men in a legendary lineage. His name belongs right there with Mikan, Wilt, Kareem, Shaq, Pau, Anthony Davis and whatever Dwight Howard decides to do with his redemption reunion.

Besides this number 21 like fellow big peer of that time legends Garnett and Duncan played six years with the King’s, but eight years with the Lakers. His first stint coming before being traded to the Charlotte Hornets for the draft rights of some high school kid.

And the King of Sacramento right now does seem more cowbell than Hollywood. As the General Manager out in Sacramento has built quite the team of young King’s of the future. Kids like DeAaron Fox, Buddy Hield and Marvin Bagley III. So his Basketball legend continues off the court too. As this Serbian global ambassador who made his name in the state of California remains one of the most underrated and unique greats the game has ever seen.

The 6 foot 10, 26th pick in the 1989 draft had quite the career and he did it all for the love. So it’s only fitting like his speech that we let him and love have the last word, “I believe the love gives you the freedom and power to share your best self and to inspire others. Love liberates you and gives you the power to make the impossible possible. Just like in life, when you play basketball, you have to give in order to receive.”