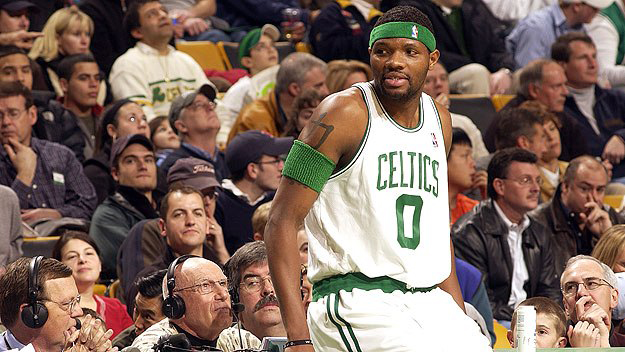 Bleeding purple and gold a Laker-for-life like me shouldn’t even like Boston, let alone be friends with a Celtic. Still, it seemed to work for Larry and Magic after awhile so let me take off my Lakers warm-ups and reveal a Celtics t-shirt underneath…or maybe a Boston Strong one for this incredible city that continues to rise up showing its tougher than the rest and strong enough to endure any test. I’ve now been lucky enough to go to this incredible city three times in my life, but add all those trips up together and you probably wouldn’t get more than a week. Still, I could stay here forever. From it’s New England, old Irish feel its so timeless. The beautiful parks, hallmark bars. Residential streets of vintage and new age shops, the marvelous market and of course the magnificent mile. It’s home to some of my favourite movies like ‘Good Will Hunting’ and ‘The Town’ (Matt Damon and Ben Affleck being among my favourite actors too) and a favourite band I really want to see live in Aerosmith (oh and for the record Steven Tyler in his autobiography pictures the feeling of coming into Boston from the highway to the skyline in a prose perfect way (“And just then, the highway opened up-right at the junction, right at that spot on the highway where you see the skyline of Boston, and you go, “What!?” Because it suddenly goes from trees, woods, and crickets to cars flashing by and skyscrapers and apartment buildings…Just at that moment, I went “Oh, s***, the city”)). Then of course there’s the great people, genuine and friendly and always welcoming to me…I guess they don’t know I’m a Laker…until now, but hey this Basketball aficionado turned writer because he lives in England will catch a game no matter where he is. Even if he has missed the Garnett, Allen, Pierce, big-three days. It’s still all good.

One resident in particular has been especially kind to me and it all starts with a disappointing game in Los Angeles like any story of Celtic pride. Back in 2006, fresh out of university I decided to take a year out and try my hand living in Toronto, Canada (I’m still connected to that country via Basketball Buzz but can’t wait to make a trip back). During this excursion I decided to take a jaunt to Los Angeles to see as many Laker games as I could while I still could, being so far away from home in a once in a lifetime experience. With the Lakers set to host their neighbour Clippers on the first night I got in the perfect stage was set. Or was it? Losing my luggage on my connection the airline grounded my plans and as a first time solo traveler there was no way I was leaving that airport until me and my few prized possessions where reunited. Hours of stressful and dreams dashed waiting later (I’ll give you some perspective then at 21, I’d been a Laker and Kobe Bryant fan since around the age of 11 (bet that makes Vino feel old) and never even got to see much in the way of late night/early morning games on T.V.), I see a tall man walk through baggage claim. “Perhaps my night of Basketball isn’t over” I thought. “He looks like Walter McCarty, but he’s carrying a keyboard almost as tall as him under his arm. Wait…it is Waltah!” After he graciously signed autographs I nervously went over said hello and shared some hoops memories, most notably the time he Antonie Walker, Paul Pierce and Mark Bryant of all people shot down Allen Iverson’s Philadelphia 76ers with a barrage of blowout threes (one game I did get to see on T.V.). I also asked him about the instrument and he told me about his budding music career. He told me to take care, we went our separate ways, I got my baggage, saw many Laker games to make up in the week and that was that.

Years later inspired by this unforgettable trip and staying close to the game I began a pitch at a writing career with help from the likes of SLAM magazine and Bleacher Report, who I’ll be forever grateful too. Still, starting my own blog and seeing how easily you could connect with fans and even players themselves on Twitter I wanted to take it further, interviewing guys like former Celtic Rodney Rodgers and getting some encouragement from another Laker/Celtic Rick Fox. Then one night after talking with my girlfriends friend in America (who recently was gracious enough to host us over there) who is a hardcore hoops head and a devout Kentucky Basketball fan we got talking about the former Wildcat Walt and she told me where to find him on Twitter (so all of this is thanks to him, her and the constant inspiration of my girlfriend who encourages me to go for my dreams (insert Oscar speech here)). Thinking it as a long shot I reached out to see of Walt remembered me and he said he did, then I asked if he wanted to do an interview about his Basketball/music career and he was so genrous enough to grant me this. ‘Soil & Basketball’ followed, then did his unquestionable ‘Unbreakable’ R&B album that showed he could hit the high notes as well as the big shot, his Robert Horry clutch like/Derek Fisher hustle and guts, dirty work (more Laker references hey? You have to call it like you see it) role player classic career showed. These days Walt’s big time when it comes to rhythm and Basketball working with Tank of Tyrese and Ginuwine supergroup TGT and of that wasn’t enough the fan favourite, Tommy Heinsohn announcing ‘I Love Waltah’ t-shirt star is back with his beloved Boston as a Celtics assistant coach. Giving his seasoned advice and experienced guidance to some young talent in a new, best Point Guard in the league Rajon Rondo led era.

Must Read:
'The Truth' Is Told For The Last Time In Boston

So anyway a couple of years after the interview brings us to just a couple of months back. My girlfriend takes a three month trip to America to meet her Kentucky friend and more and I meet her in New York in this New Year for the last month, taking in Kentucky, Nashville and the Lakers old home Minneapolis with her for the best trip of my life with the love of mine. Heading from New York to Boston via Greyhound for just one day we arrive at the city and see what Steven Tyler was talking about as the skyscrapers appear through the trees after our relatively short, but remarkably scenic ride from the Big Apple. On an unseasonably Spring like January day, staying in the new-to-both-of-us beautiful Back Bay near the sea its a great day like no other that we’ll always remember and not just because we got to see the ‘Cheers’ bar as the Norm. With my girlfriend Holly absolutely loving this town from the start and me loving it like I never thought I could top we also had one more sweet surprise coming our way. After talking about possibly meeting during our rushed and short schedules I e-mailed Walt while in Dunkin’ Donuts (wink, wink, we run on it too) and asked if he still wanted to meet. He replied that we could after the game. Completely forgetting the Houston Rockets and my Lakers beloved Dwight Howard where in town I said “cool, forgot there was a game on, we may try and go”, just like that, to which he replied saying he’d leave tickets and passes at will call for us! Now how great and generous is that?! Seeing one of the best games I’ve seen after the best day in recent memory I finally got to share a real NBA game with my girlfriend for the first time (and exhibition in Manchester with her doesn’t really count and compare to the Garden). We got to see the banners, the jerseys and even meet former electric, spark-plug great Dana Barros (now how about an interview buddy…remember me I’m the guy whose camera wouldn’t work…sorry). Then of course Walt himself recognizing us after the game and fetching us some refreshing, cold water with plenty for us all to talk about from the game, to music, this city and of course Kentucky. In what was a great day for Basketball and one epic entry for the travel journal this really was one of life’s best memories thanks to Holly and Walter McCarty. There’s no awesome adjective that could truly do justice to his unprovoked kindness and generosity. So instead its more fitting to leave you with his motto that he signs his e-mails and lives his life by, “Give without remembering, take without forgetting”. Thank you Walt…we won’t! TIM DAVID HARVEY.