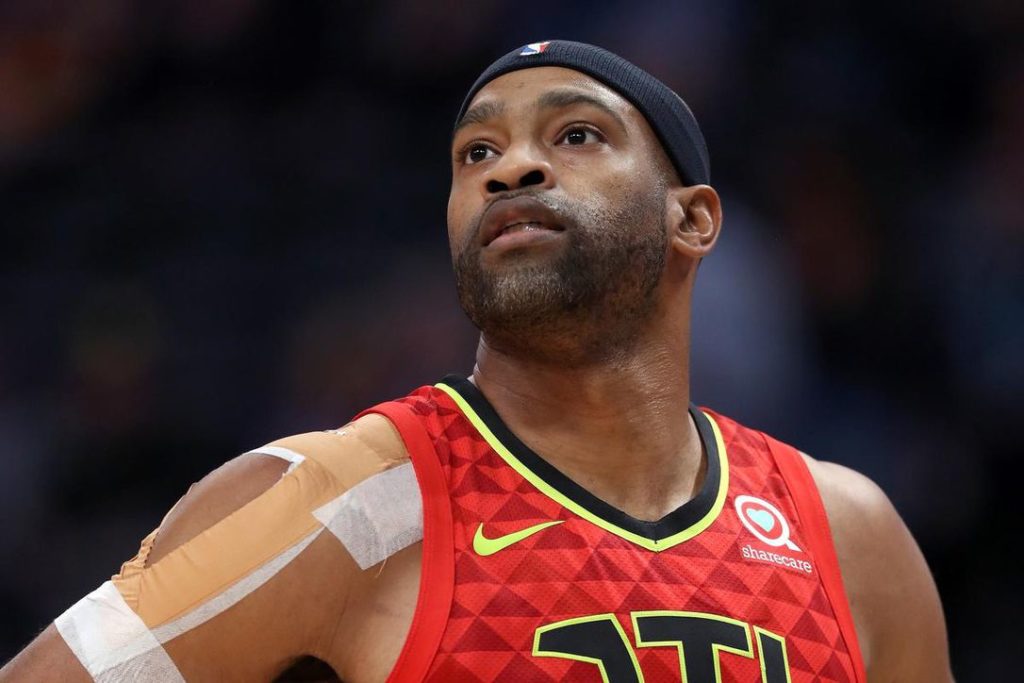 You Get Carter For One Last Dance

Dwyane Wade with all those jersey swaps. Dirk Nowitzki with just one microphone and a spotlight stage. All the legends from our generation have called game on their careers this season gone.

And the Hawk-eye former Air Canada at 42 looks to fly to his record breaking 22nd NBA campaign next season (that’s more years than there are Marvel movies in the M.C.U.). Making him the only player in hoops history to play over a span of four decades.

When V.C. came into this league former Raptor teammate Kevin Willis’ creaky knees were pushing the boundaries of how far you can play into your forties (he played until a Jerry West 44. So watch this space jam). Now the former kid who used to do pull ups on the nets he’d rip down in games is getting it over four decades. The golden era 90’s, the new generation he helped make 00’s, the 10’s and what will be the 20’s (how Gatsby crazy isn’t that we will be in the roaring twenties again?). As this forty something beats most 20 year legs down the court he still holds like a hammer dropping gavel.

THIS is where amazing happens.

Unlike his classic, history slamming and redefining 2000 Dunk Contest, it’s not over yet.

Forget father time, this man is staring down middle age. But when he can still get up like you and me every morning for work you know this dunking machine who averaged a shade under seven and a half points last season can still play at an above the rim high level. Eating paint chips for breakfast like you were told you shouldn’t do as kids (do NOT try this at home)!

All man. All amazing.

Must Read:
All Change For The 2018 NBA All-Star Game

We don’t doubt it. The only question remains who for? In his lifetime the Daytona Beach, Florida native has played and dunked for the (drum roll please) Raptors, New Jersey Nets, Orlando Magic, Phoenix Suns, Dallas Mavericks, Memphis Grizzlies, Sacramento Kings and ATL Hawks. We’re sure he would be welcomed back to the neon, bright light Atlanta thread like Jermaine Dupri. It would all be peachy in the Peach State. But as ludicrous as this may sound we can go one better than that. Or more like 6 better. More redemption swan song fitting.

He still the north.

And for the love of the basketball God’s put this aerial assault G.O.A.T in next year’s Slam Dunk Contest too. I guarantee nothing but 50’s for this half century pusher against all the kids.