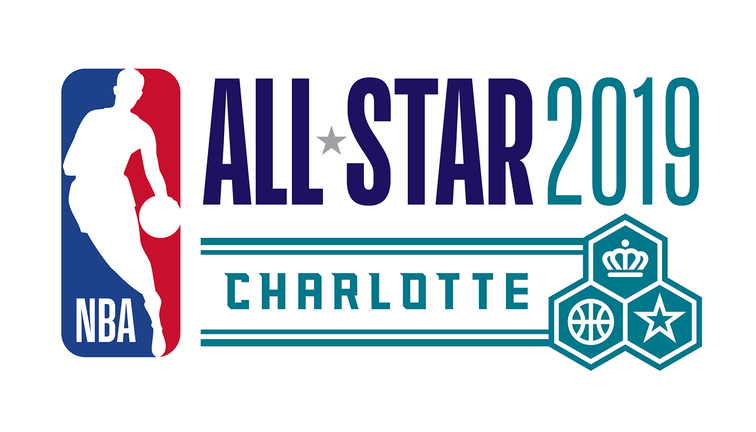 Good Charlotte, the 2019 All-Star Weekend in that North Carolina city is just over a month away. But you’ve only got 12 days left to cast your choices. So it’s time to ‘Vote Or Die’ as P. Diddy once said in a time of Bush, were years later we ended up getting the great Obama and then two terms after that…well…erm…yeah. Sometimes we don’t learn from our mistakes. I know that’s true. But hey, this is a Canadian site. And this writer isn’t even American…he’s British. *Reads the paper and looks at our own political status*. Erm…

But hey, this right here isn’t that serious…yeah we say that. This is NBA politics as usual with everyone from Barack to Jay-Z voting on who they want summoned on court in Michael Jordan’s alumni city of Charlotte for the greatest show of the year. Our weekend of love in February. Our Superbowl before the madness of March. Let’s just be thankful the L got rid of those terrible ‘Twilight’ teams like when the NBA tried to reinvent the Dunk Contest with the wheel. Even though I’m firmly Team LeBron now. The only question remains is ‘who you got’?

And with two rooks and a couple of vets in a year of personal picks but no Rose (or Celtics or Warriors and not why you think), here’s our take…

One in a million. Out in Hollywood new Los Angeles King LeBron James has already broken records by becoming the first player in NBA history to hit 1,000,000 All-Star votes in a year. So you could say this is a wasted ballot. But that type of attitude has no place in voting. This is history. This is a thank you. Plus the best player in the world is having a Most Valuable MVP year. He may even be the greatest of all-time. But we ain’t about to say that in Mike’s house.

Kuzma, Ingram, even his new teammate Randle (told you we shouldn’t have let him go). We could have picked them all. But what self respecting Lakers fan in a Magic (nudge, wink) recruit isn’t voting for the Ant-Man this year? The last great of a dying breed of bigs. I mean do you even know how many of Paul George’s sneakers I brought last season?!

Light the fuse. No George, but O.K. we will go with this OKC. Because there is no player in this league as exciting as Russell Westbrook in trademark Jordan’s in the Jumpman, Jumpman, Jumpman’s town. And boom goes the dynamite.

We really wanted to go with Dirk in his last year…but hey so did Dallas. But how good is this kid? Remember they used to say that about Kobe. The new Maverick Doncic is doing it all. We could write a new article about Halleluka every week and still not say enough. And we kind of do and don’t. You saw him take over Harden and Houston in the Texas derby. But how about how he looked after that kid he fell into courtside? Look at Luka. He’s on first name terms already like LeBron so you know he’s already an All-Star, let alone a problem. Rookie of the Year? How about MVP? We said at the start of the year after Drazen and Dirk when it’s all said and done Doncic could be the third best European player of all-time. He may already be there.

Big in Japan, Yuta’s already going to amass the votes out of Asia. But between Gatorade breaks in the G-League and 1.2 ppg averages, just you wait. Soon Watanabe will make make his point. He won’t be just be the Grizzlies greatest big, versatile player since the Gasoline brothers. Out in Memphis he’ll soon do for Japan what Yao Ming did for a whole continent. If he isn’t already. Basketball has borders beyond the NBA and he has our vote for more than our love of the Far East.

Forget Hollywood. If I was to start a franchise today I’d begin with the man from Milwaukee like Lew Alcindor before he became Kareem Abdul-Jabbar. Not even the King. But the most versatile, can play ever position player we’ve seen since Kevin Garnett. And for sure the most exciting right now. Tomorrow the Greek Freak will be the one and only best player in the association of Curry’s and Durant’s. Today let’s just have fun.

What Love did for The Land after LeBron left was all heart. What Kevin did in opening up about mental health for everyone that suffers was pure soul. For those reasons alone he’s already one of our favourite players. But ever wrote off in LeBron’s old land all alone he’s reminding us of just how good he is, 30 for 30. He deserves his place regardless.

Really we want to see him in one last Dunk Contest. Make it happen. A former young man in Toronto. We at Basketball Buzz are caught up in that Raptor rapture that used to be hate. But even though this is 40 the Vinsanity of Air Canada is still making flights. Carter can still get up. He want to see him get down one more time. All man. Still amazing.

And if we are making picking legends a thing. Hey they did it with Jordan and Kareem. How about a few Flash votes for one of the top five (or maybe even Holy Trinity three) Shooting Guards ever? Then Wade’s world will see Dwyane swapping his jersey with everybody. Save your pick for one last dance. Because I know who I want to see take it to the floor.

But finally and most fitting how you going to have an All-Star Game in the great Charlotte without the Hornet hometown hero? And possibly the most underrated All-Star in the NBA. Don’t believe me? Just do what the ‘Uptown Funk’ said. Watch! Buzztime baby…