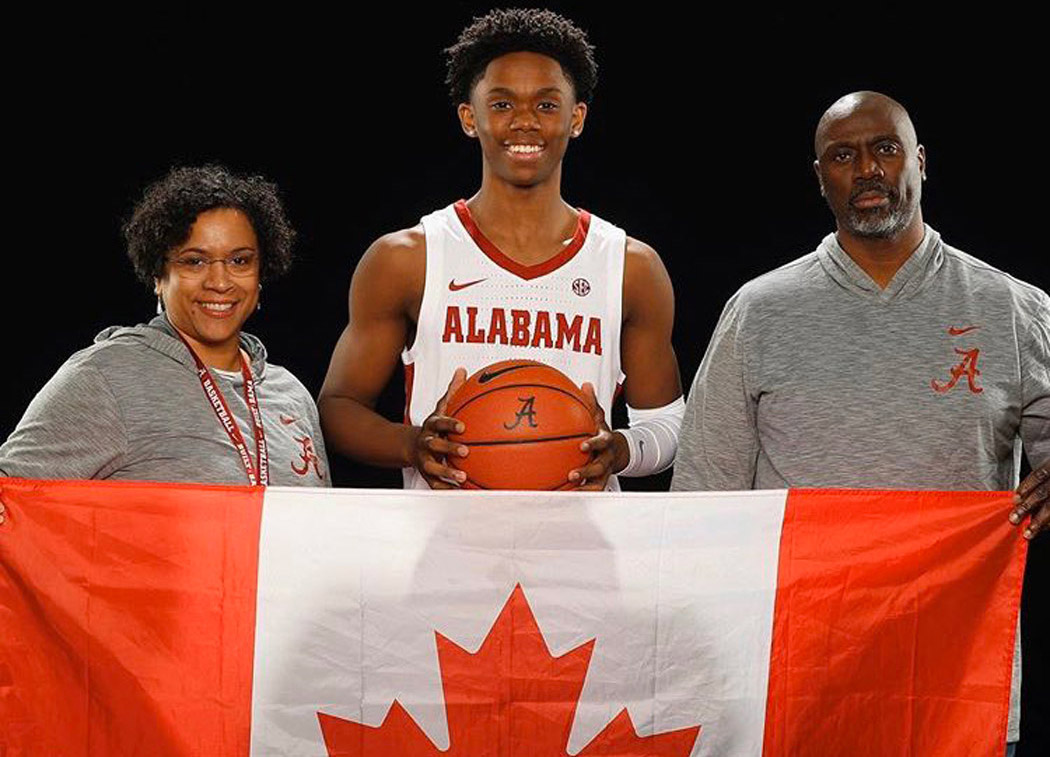 Rising Canadian sharpshooter Josh Primo (Mississauga, Ont.) has announced that he will be taking his talent to the University of Alabama Crimson Tide.

The 17-year-old Primo first emerged as a top prospect at the 2019 FIBA U19 Basketball World Cup in Greece. As one of the youngest players in the tournament, the then 16-year-old impressed in limited minutes against players three-years above his age group.

Originally part of the Class of 2021, the former Huntington Prep/AZ Compass prep school guard reclassified to 2020 after an impressive showcase in front of scouts at the NBA and FIBA Basketball Without Borders (BWB) camp during the 2020 NBA All-Star Weekend in Chicago.

“I am grateful to all of the schools that have recruited me during this process, however it is time to make a decision. I’m excited to say that this fall, I will be attending the University of Alabama!! Roll Tide!!” said Primo during his announcement on Instagram.

“Josh gives us that other ball-handler in the backcourt to play alongside our other guards. His size at the guard position allows us to play multiple guards on the floor together as we like to do. He’s a big-time gym rat that’s shown great improvement even here recently. His play in February showed he’s ready to immediately contribute heavily for us as we compete for an SEC title. We love Josh’s overall versatility, play-making ability, shooting and his experience playing on Canadian national teams. He’s a proven competitor on both ends of the floor on an international level of play.” opened up Coach Oaks about Primo’s game and exceptions.

Must Read:
No Chance Of Sun As Seattle Storm Reign In WNBA's First-Ever Commissioner's Cup

Both Ambrose-Hylton and Primo were teammates on the same Canadian U19 World Cup team and are the first Canadian’s to ever suit-up for the Crimson Tide.

Recruiting has always been a primary focus for head coach Oaks who guided the Buffalo Bulls’ to three NCAA March Madness appearances in four years at the helm, compiling a 96-43 record from 2015-2019.

Primo is currently projected as a mid-first round pick in the 2021 NBA Draft.