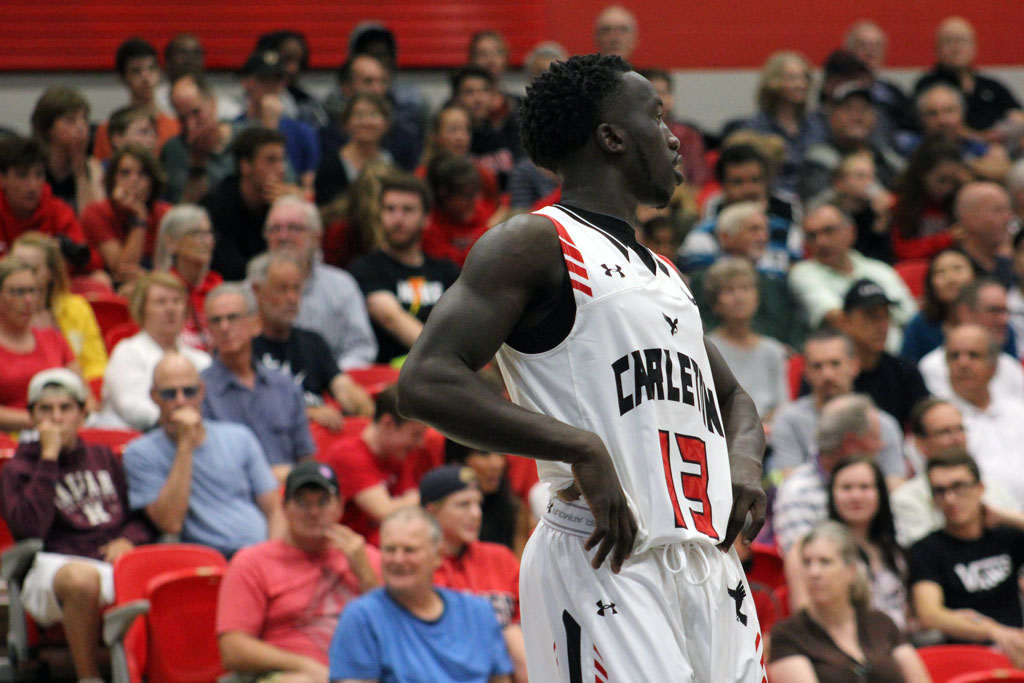 Chuck up another W on the win column and yet another unbreakable Canadian Basketball milestone for Dave Smart and the Carleton University Ravens.

Led once again by the stellar all-around talent of 6-foot junior point guard Munis Tutu (Windsor, Ont.) the Ravens beat visiting Ole Miss Rebels 81-63 to improve their pre-season record to 2-0 and extend their winning streak over NCAA division one teams to eight straight. 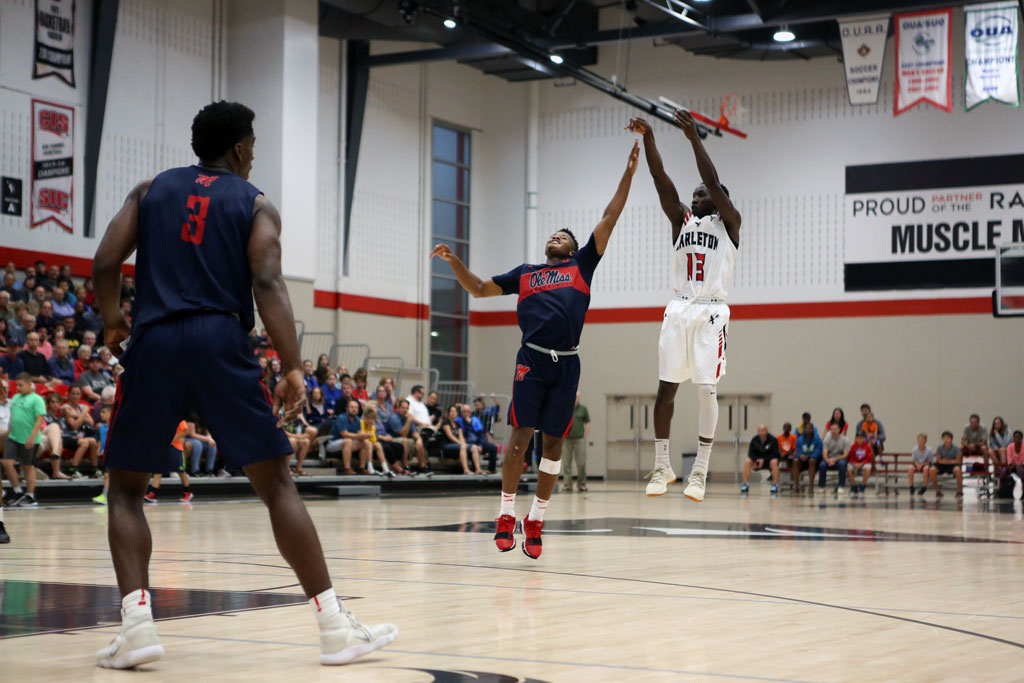 Tutu stuffed the stat-sheet with another outstanding all-round performance with 20 points, eight rebounds and seven assists on an efficient 6-of-15 shooting, including 4-of-8 from beyond the arc and a perfect 4-for-4 from the foul line. Munis, a former division transfer from Loyola Marymount University in Los Angeles racked-up his second straight 20-point effort against a top-caliber team and certainly earned the praise of Ole Miss head coach Kermit Davis during post game.

“I bet most teams in NCAA college basketball would love to have him on their roster right now, he does a great job running this team and getting them organized, his ability to penetrate and find the open shooters put us  in tough situations. They got great toughness and great basketball IQ” acknowledged the first-year Ole Miss bench boss. 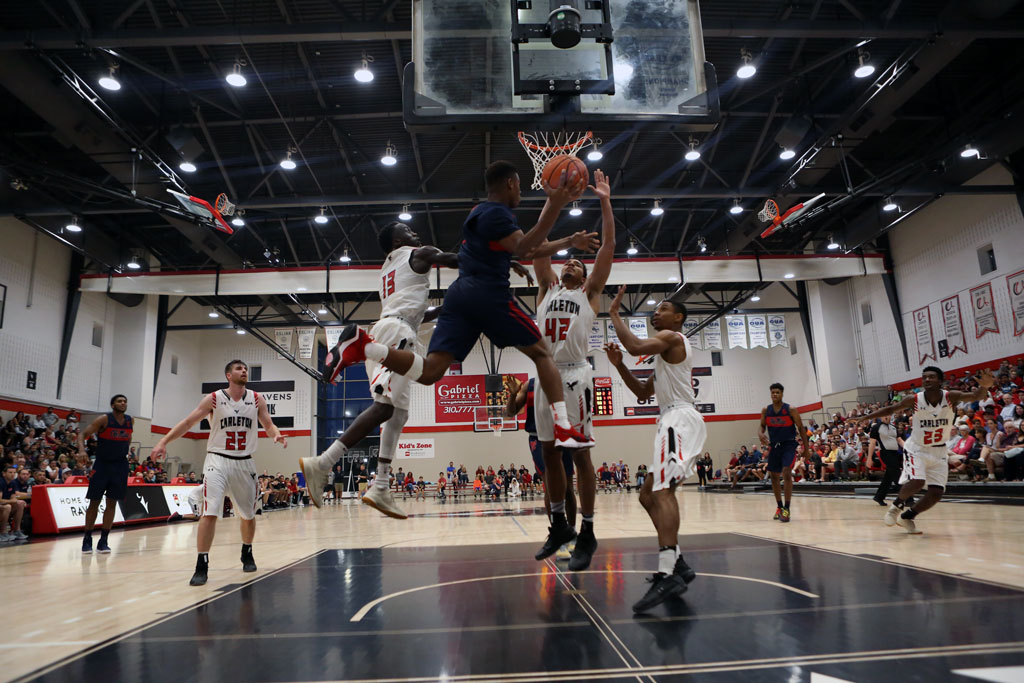 For the second straight game the Ravens buckled down, clogged-up the paint and held their opponents to just nine points in the second-quarter, once again helping taking control of the game by half-time with 45-23 lead. 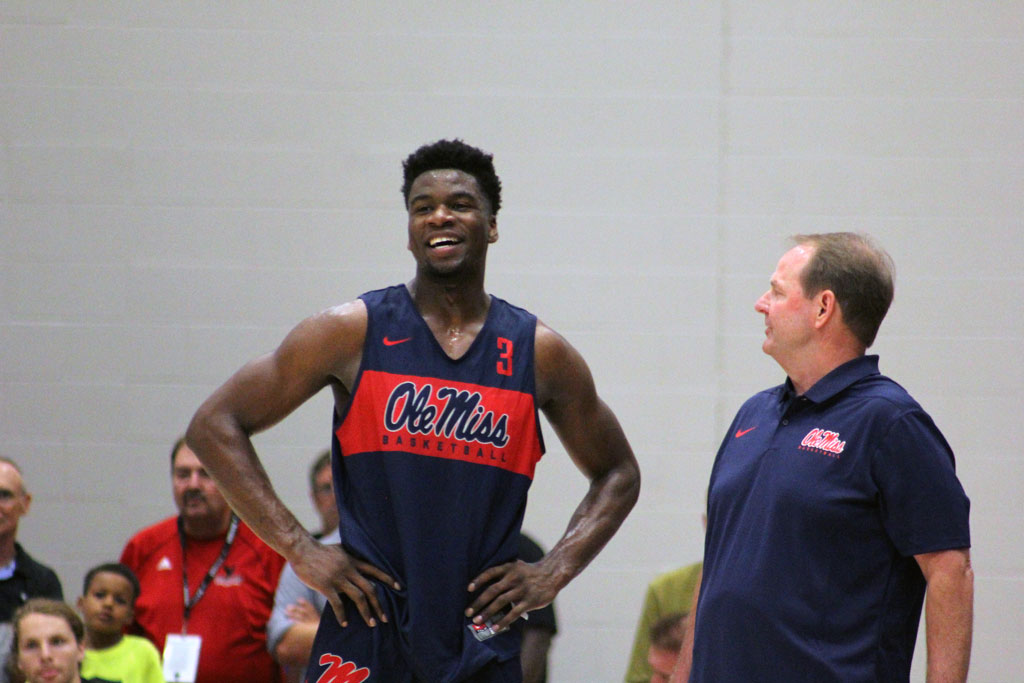 Ole Miss senior standout 6’5″ Guard Terence Davis Jr. (Southaven, Miss.) drilled two of his five triples on his way to scoring nine of his game-high 23 pointers in the fourth quarter. The Rebels cut a game-high 26-point deficit to a 11-point game with two minutes remaining before being held scoreless until the final whistle.

“We knew our back was against the wall, we were down 22 at the half, we didn’t want to go down like that and lose by 40 points. That team is pretty good they move ball and they play the right way.” opened up talented guard after the game.

Davis Jr. declared himself eligible for the 2018 NBA Draft before opting to return to Ole Miss and SEC play to polish his expanding arsenal. “Just becoming more consistent, “I have been working on my ball handing everyday, my jump-shot and the ability to make plays.” 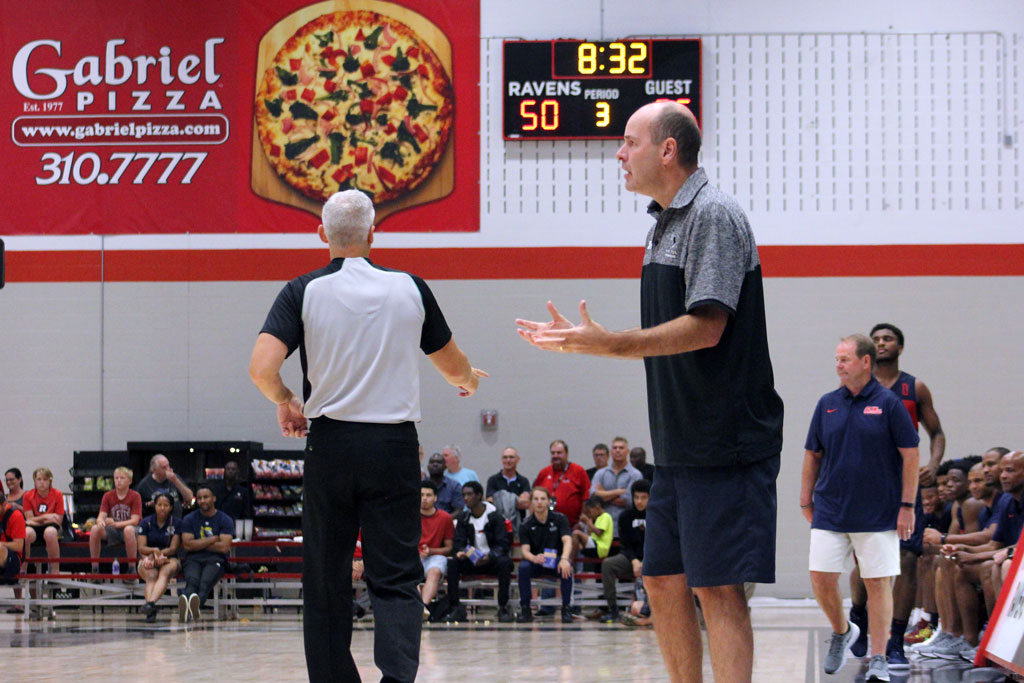 For Dave Smart and the Carleton Ravens beating NCAA teams is somewhat becoming the norm. Winners of eight straight and 12 of their last 13 Carleton’s recent domination over American teams will likely never be topped. To put it in perspective, no other Canadian U Sports Men’s Basketball other than the Ravens has won more than three straight over NCAA teams, with only the Ottawa Gee-Gees (2x), McGill Redmen, Windsor Lancers accomplishing the feat.

It wasn’t too long ago, that the Ravens like many other Canadian university teams found themselves on the opposite side of the winning column. In fact, at one point, from November 1999 to September 2006 the Ravens lost 16 straight games to NCAA teams.

“I think we got a huge advantage, we start a fifth year, three four year guys and a third, they don’t have any fifth’s. A lot of the good teams they don’t have any fourth’s because they are in big time conferences and they lose guys early to the NBA Draft.” Smart was quick to acknowledge the progression but also clearly understands the factors behind their success.

“When you play the teams that are in the mid-conferences they are a lot more like us. A team like South Dakota State for example is much like us, they have four seniors and four years to develop these guys.”

“It’s a little tough for teams in the SEC and those conferences because if you look at Duke their going to have five new starters next year and yes they are incredible talents, but they are still 19-years old, they’re going to be tough to play against, but, they are going to make mistakes. They’re so many things they can do defensively where they are not going to make mistakes, they’re almost stuck at the switch thing early on the year.” Smart added.

“He’s a really good coach and so Nick Cronin (Cincinnati Bearcats) because they want to win but they get it, it’s August.

As for Ole Miss Rebels they understand that it’s early August and with one game remaining on their Canadian tour they are not only focused on improving under their new head coach but also soaking in two of Canada’s best cities.

“I love this place, it’s nice. I’m from the country there’s not really much to see – it’s all land so to come to the city is amazing. We went to the theme park (Montreal) the other day and it was the best fun in a while since I was a kid, so I’m having a good time so far.” reflected Terence Davis Jr..