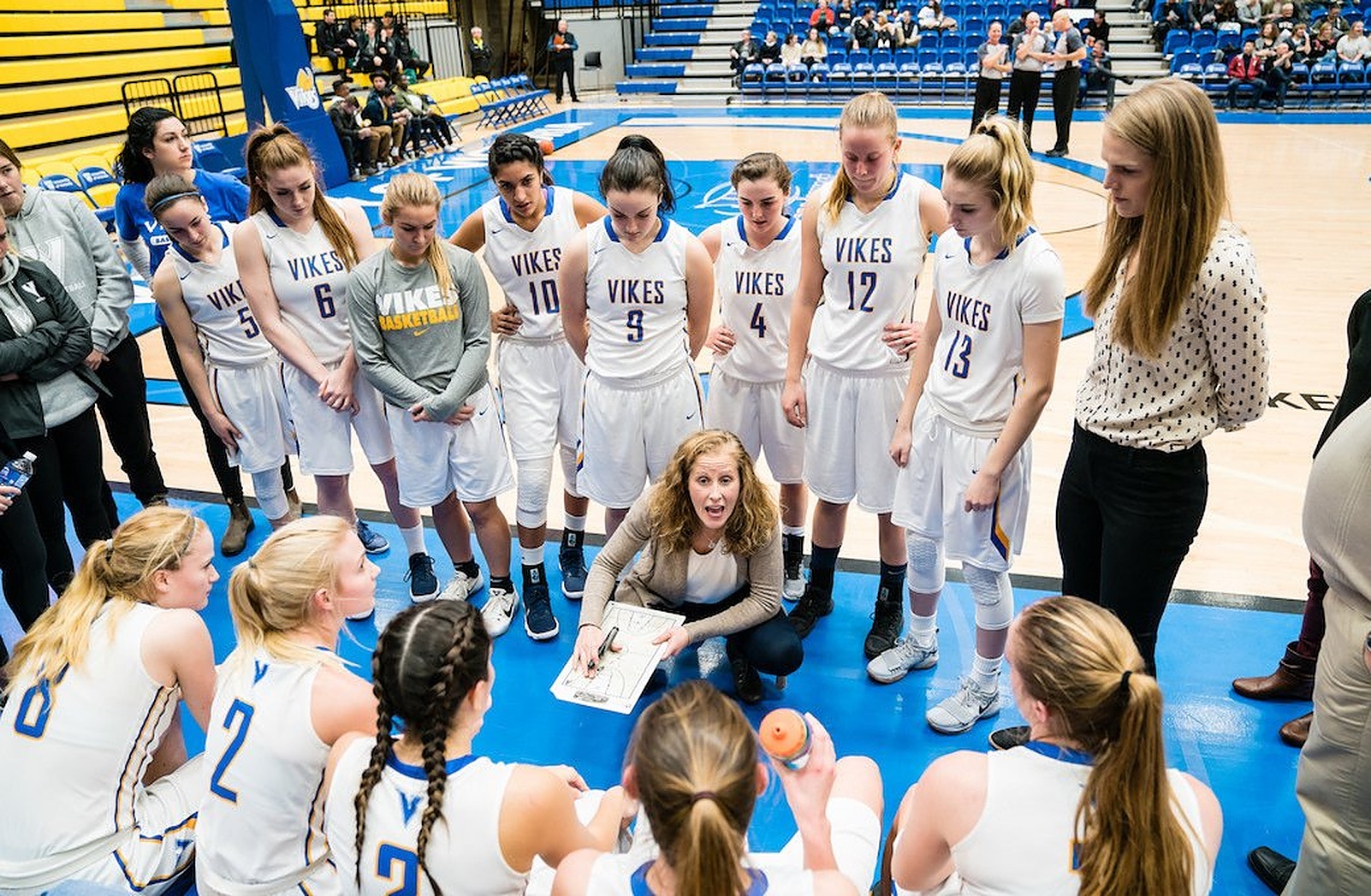 Dynasties aren’t built in a day, or in a single season.

But that appears to be what Dani Sinclair and Dave Smart are working toward long-term at Carleton University, where Sinclair is set to take over as head coach of the women’s program.

“Expectations are high,” she said on the phone from Victoria, B.C., where she’s staying while COVID-19-related physical distancing measures are in place.

“[Smart] hasn’t explicitly said he expects us to win a national championship this coming year … but we’re working as if that’s a possibility.”

Sinclair takes over the Carleton job after seven seasons as head coach at the University of Victoria, where she also won a national title in 2002-03 as a player.

Expectations were high there, too — Hall of Fame coach Kathy Shields won eight national titles and 14 Canada West championships in her 22-year tenure, making UVic one of the most successful women’s programs in Canadian university history.

But there will be immediate pressure for Sinclair to win at Carleton, assuming COVID-19 doesn’t wipe out the 2020-21 season entirely. The Ravens have been a consistent threat in Ontario University Athletics (OUA) for more than a decade, winning a national women’s title in 2018.

Smart is, of course, the architect and former head coach of Carleton’s men’s program, a dynasty in its own right with nine of the last 10 national championships and 15 overall.

It’s assumed he plans to sustain a winning culture under Sinclair and Taffe Charles, who took over as head coach of the men’s program this past season when Smart assumed an administrative role.

“There’s some stress that comes along with that, but that’s what I like,” said Sinclair, who grew up in Guelph, Ont., and was a three-time OUA All-Star and OUA Rookie of the Year at McMaster University before attending teacher’s college at UVic.

“I’m sure there’ll be some sleepless nights,” she said. “But that’s part of what motivates you.”

Sinclair had a 105-59 record at UVic, the fourth-highest total in team history, and never missed the playoffs as head coach. The Vikes had 12-8 record last season and lost to eventual national champion Saskatchewan in the Canada West quarterfinals.

Carleton finished second in the OUA last season with a 15-7 record and was fifth in the U Sports national championship tournament in Ottawa, where they had a host berth.

They defeated the Calgary Dinos and the Alberta Pandas in the early rounds of the U Sports championship but also lost to Saskatchewan in the quarterfinals.

Alyssa Cerino, a fifth-year forward and the Ravens’ leading scorer, played limited minutes in the national championship tourney due to injuries, prompting younger teammates to step up.

Third-year guard Madison Reid carried the bulk of the scoring load, culminating in a 33-point outburst against Alberta, and rookie point guard Kali Pocrnic was steady at the helm of the Ravens offence.

“I think that speaks to their growth as a team, and it also speaks to the strength of the Carleton system,” said Sinclair. “Even with their best player out, they were still able to continue to grow and win some big games.”

With physical distancing measures in place, Carleton players are training at home with guidance from conditioning coach Nick Westcott, and taking part in video chats with coaches, occasional group workouts via Zoom and online film sessions.

“I would say more than half of them have a hoop at home — like, in their driveway,” said Sinclair. “So we’re giving them ideas and resources and they’re having to be self-motivated to do it.”

Sinclair is also in regular contact with Smart via video chat until she’s able to move to Ontario, and those interactions are a key reason she accepted the Carleton job.

“There’s nothing that compares to just being around those people every day,” she said, noting she also has Shields as a mentor and close friend in Victoria.

“He may not even realize he’s teaching you, but it’s the things that come out in conversation that can be pretty profound … it’s someone who really gets how to be successful this level.”

As for those expectations — to win early, and win often?

“Yeah, it’s scary as hell,” she said. “But it’s also exciting as hell, and I would say I lean towards embracing it, for sure.”