Jamelle Barrett (Rancho Cordova, CA) keyed a strong second-half comeback by scoring 29 of his game-high 32 points after the break as the Saskatchewan Huskies defeated the previously undefeated Victoria Vikes 86-81.

With the game tied at 76-76 with 2:58 to play the Huskies All-Canadian guard connected on back-to-back three-pointers to cap off a personal 9-3 run and seal the road victory for Saskatchewan.

Barrett added seven assists and four rebounds to along with his 32 points. Michael Lieffers earned his third double-double of the year with 19 points and 13 rebounds for the Huskies who have now won five straight.

Ryan Mackinnon added 20 points on 6-of-13 shooting and finished with 20 points for the Vikes. Transfer Michael Acheampong also had a strong outing 19 points.

The Huskies improve to 6-2 and will face another stern test on the road tomorrow night against the UBC Thunderbirds. The Vikes remain at the top of the CW West Division with a record of 8-1 and will entertain Alberta Bears. 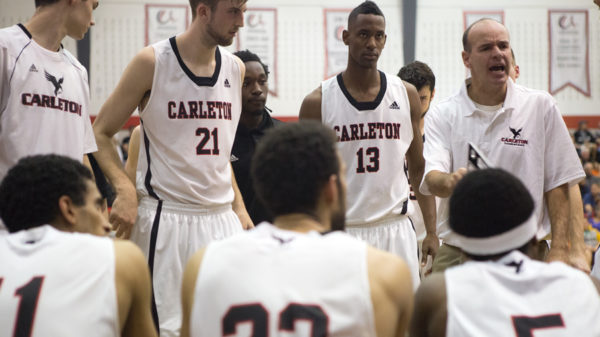 Victoria, B.C — Playing on the same floor which their father Lloyd Scrubb did for the Victoria Vikes in 80’s, brothers Philip & Thomas...