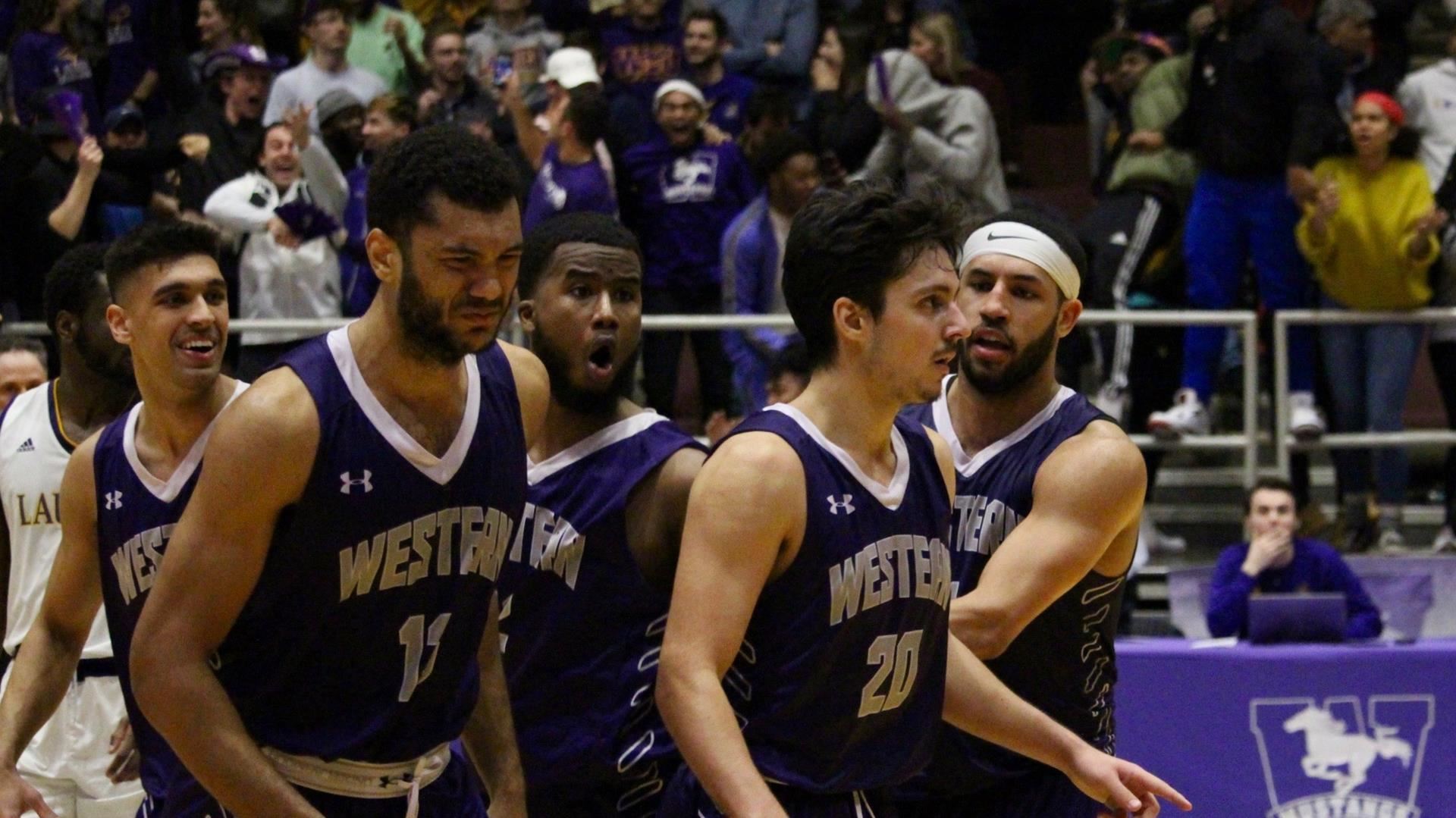 The Western Mustangs and head coach Brad Campbell are headed back to the U Sports Final 8 after a dramatic 104-103 overtime victory over the Laurier Golden Hawks in the semi-finals of the Ontario Conference Association (OUA) at Alumni Hall in London, Ontario.

Senior guard Nikola Farkic (Kitchener, Ont.) drilled home a deep three-pointer with 1.2 seconds on the clock to send the Mustangs to the OUA conference finals and their first Final 8 appearance since 2009.

Laurier point guard Ali Sow (Ottawa, Ont.) put the Golden Hawks in front 103-101 with a clutch three-pointer with 15 seconds remaining in overtime. Western called a timeout on the following possession advanced the ball and put the ball in hands in of senior guard Eriq Jenkins (Windsor, Ont.) who hit a ridiculous pull-up three-pointer over two defenders that sent the game into overtime.

Jenkings crossed over his defender, drove hard to the basket before getting his euro step shot swatted outbounds with 4.8 left. Inbounding from a difficult baseline spot and with no timeouts to lean on, the two lone fifth-year seniors on the squad refused to call it a career, as Jenkins found Farkic at the top arch for the deep game winner.

Sow tied a career-high with 41 points on 14-of-24 shooting. The two-time all-conference guard had the opportunity to ice the game from the foul-line in regulation with Golden Hawks leading 93-91, and only 10 seconds left. The junior guard missed the first free-throw and calmly nailed the second — leaving the door wide open as Jenkings sent the game into overtime at 94-94 after 40 minutes.

The Mustangs will now travel to Nations Capital to face the defending National champions Carleton Ravens for the 2020 conference championship. Both teams alongside tournament hosts Ottawa Gee-Gees, UBC Thunderbirds and the Alberta Golden Bears have punched their tickets to the U Sports men’s basketball Final 8.