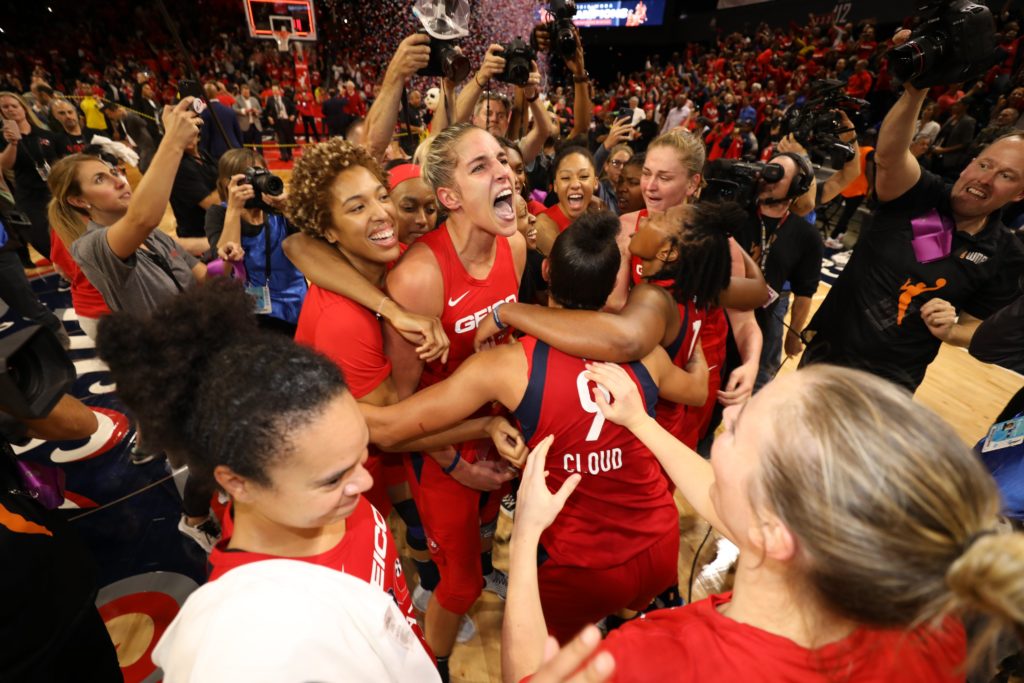 Masks off! That’s a wrap!

The NBA may be back…even if it is only preseason (yeah tell that to everyone in Tokyo, Japan last night), but don’t call it a comeback like the BIG3’s LL. Because like being here for years it never left. Yet the real dear departure we’re about to mourn is the curtain call on the great expectations of one of the best WNBA seasons tonight. One that’s been a Spark and a Storm, despite either of those legendary Los Angeles and Seattle franchises making the finals cut.

But instead it was the MVP with the face-mask, inspiring every Bradley Beal and John Wall Wizard in attendance to follow plastic facial suit, Elena Delle Donne who lead her Washington Mystics to their first WNBA championship crown setting the Sun on Connecticut. Mystifying like INXS for the leagues new sensation that’s about to live baby live.

And you thought the biggest thing in D.C. right now was top ten Japanese draft pick Rui Hachimura? A year before his nation hosts the Tokyo 2020 Olympics for what we’re sure will be a legendary rookie campaign for the ages.

Just days after Bradley Beal penned a poignant piece for The Players Tribune sports personality journal entries in support of all of Washington and worldwide basketball, man and women, the Mystics showed it was all about them with an 89-78 win over the Suns. Rising like the trophy they lifted to follow their first banner and the epic emotion you see in the photo above.

So, so much more.

“It feels phenomenal, my goodness, feels so good. Hard to put it into words,”  the epic leader Elena told press postgame. It really is indescribable, but we have a few more to give it a go.

Even with Delle Donne almost done with more herniated discs than you used to have albums in your cars CD changer (get well soon champ), she still hit 21 (all in that LeBron and Kobe face mask), to go along with the Finals MVP (to go along with her regular season one), Emma Meesseman’s team high 22.

Holding the leagues best record and now the trophy itself this was sweet redemption of emotion for the Mystics in this Game 5 after losing to the Storm’s front in last years Finals. When they were without their Belgium superstar Meesseman in the mess. But this year with everything up their sleeve, holding all the cards, the Mystics magic wasn’t going to be affected by any weather. Come Storm or Sun.

Sure when it comes to these Harry Potter themed teams in the United States capital city the Wizards may be pulling something big out their hat this year. But nothing spells the Mystics quite like M-V-P. 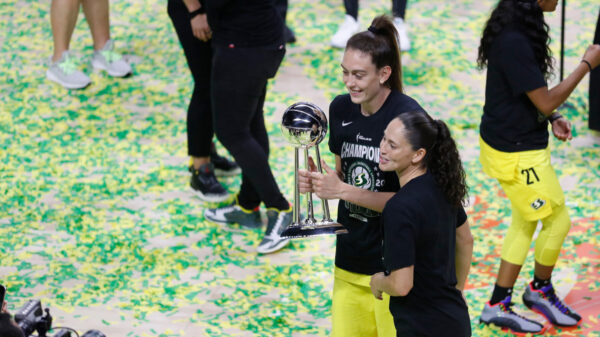 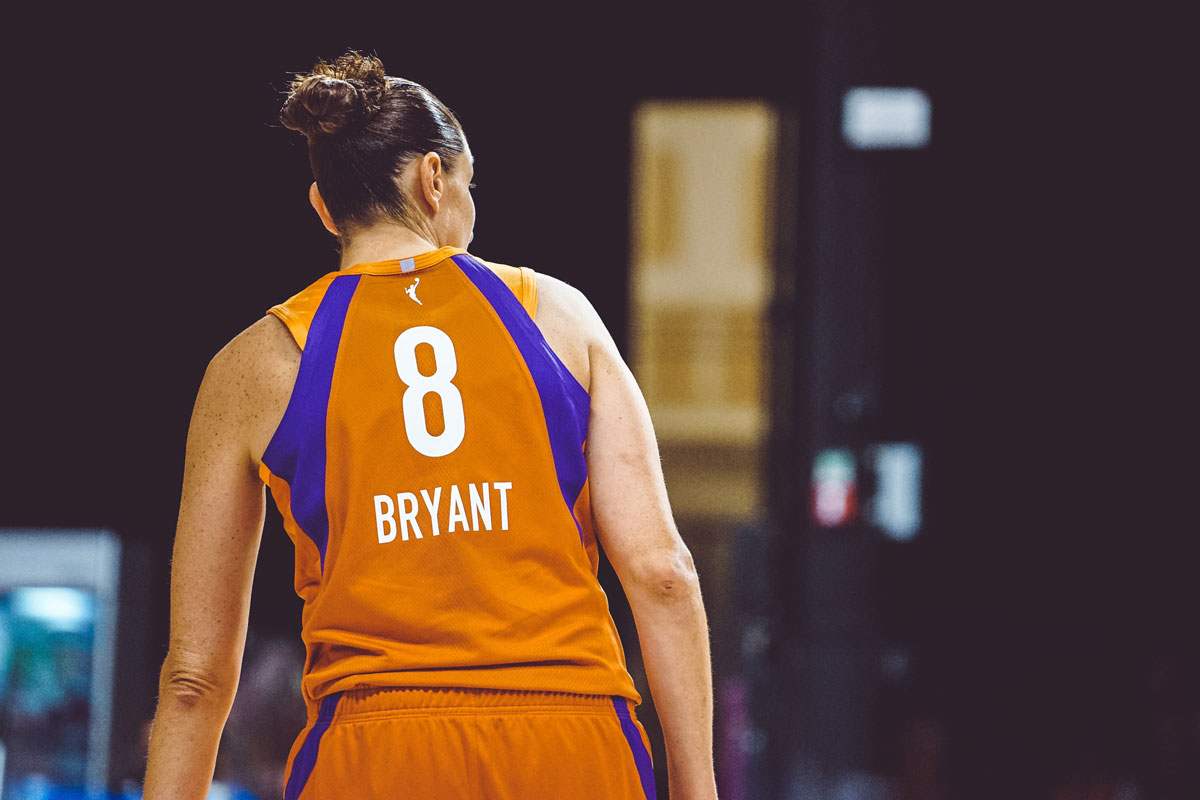 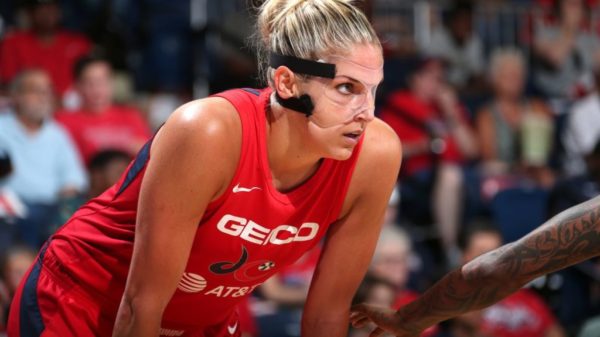 Elena Delle Donne With The Most Valuable Face Mask

Vegas may have all the chips with the Sin City Aces and Hollywood the L.A. big-three with Candace Parker and the Ogwumike sister, sisters.... 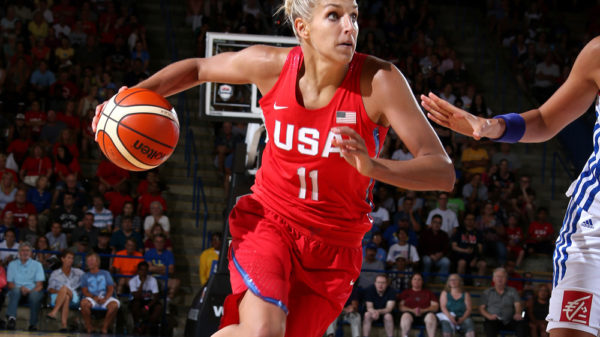 The Sky Is Not The Limit…Delle Donne To D.C.

Strange. Call it part of the Mystic arts, but former WNBA MVP and the league of great expectations greatest player Elena Dell Donne is...