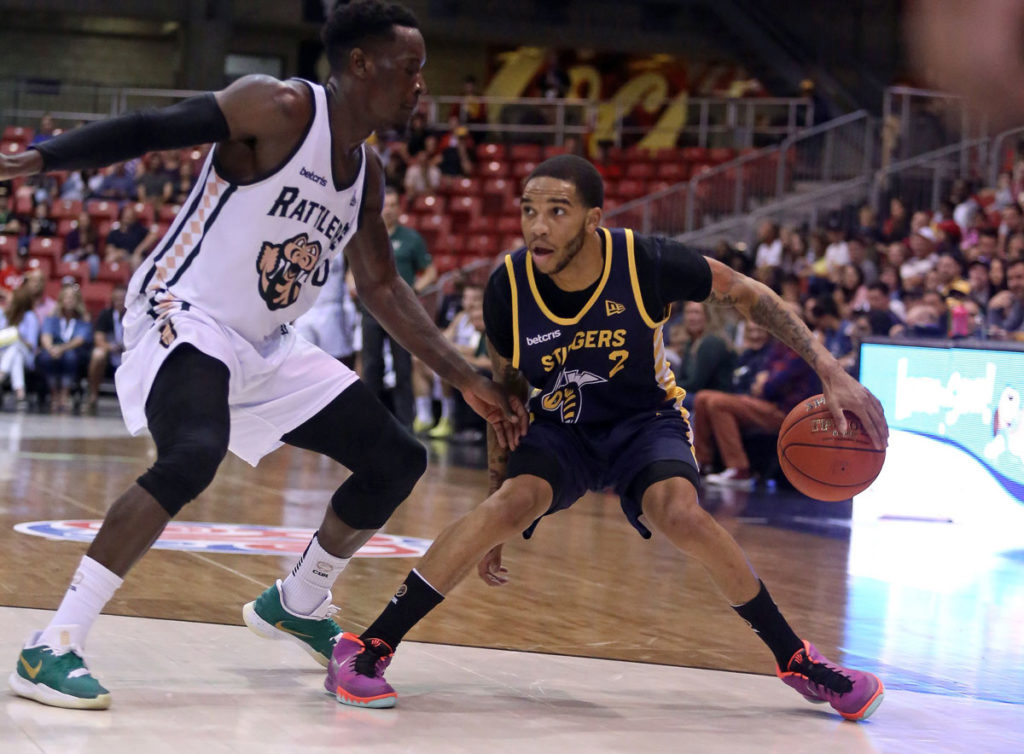 Moon, who led the Stingers in scoring (19.9 points per game), assists (5.8) and three-point percentage (43.1), edged out Hamilton Honey Badgers Ricky Tarrant Jr. to win the award.

Both Moon and Tarrant Jr. were also named to the inaugural CEBL All-Star First Team.

Moon guided the Stingers to a 14-6 record and second place in the CEBL regular season, one game behind the first-place Niagara River Lions.

The 6-foot-2 guard from Goodwater, Alabama, will also be crucial to Edmonton’s success in the four-team CEBL championship tourney this weekend in Saskatoon.

Moon is no stranger to Canada — he played 40 games this season for the London (Ontario) Lightning of the National Basketball League of Canada (NBLC).

He joined the Stingers May 10, after London’s first-round loss to the Kitchener-Waterloo Titans in the first round of the NBLC playoffs.

Canadian Player of the Year

Guillaume Payen-Boucard, at 6-foot-6 forward from Montreal, was named the CEBL’s first Canadian Player of the Year.

He led the Niagara River Lions in scoring (15.9 ppg), minutes (31) and offensive rebounding (2.0) and was also named to the CEBL All-Star First Team.

Stingers forward Jordan Baker was also a finalist for the award, averaging 13.9 points and a league-leading 9.3 rebounds per game.

Defensive Player of the Year

Samuel Muldrow, a 6-foot-10 guard from Florence, S.C., was the CEBL’s leading shot-blocker this season, averaging 2.1 per game for the Niagara River Lions.

The league recognized him with its first-ever Defensive Player of the Year, edging out Marlon Johnson of the Saskatchewan Rattlers.

Coach of the Year

Raso led the River Lions to a lead-best 15-5 record and never lost consecutive games. Niagara averaged 100.2 points per game and led the league in most other statistical categories.

No other CEBL team averaged more than 100 points this season.

Stingers coach and general manager Jermaine Small was also a finalist for Coach of the Year after leading his team to a 10-2 record.

U Sports Player of the Year

Stingers forward forward Brody Clarke was listed the top U Sports athlete in the CEBL this season averaging 5.7 points and 2.7 rebounds in six games.

U Sports has a development agreement with the CEBL that allows its athletes to play with CEBL teams during the university off-season.