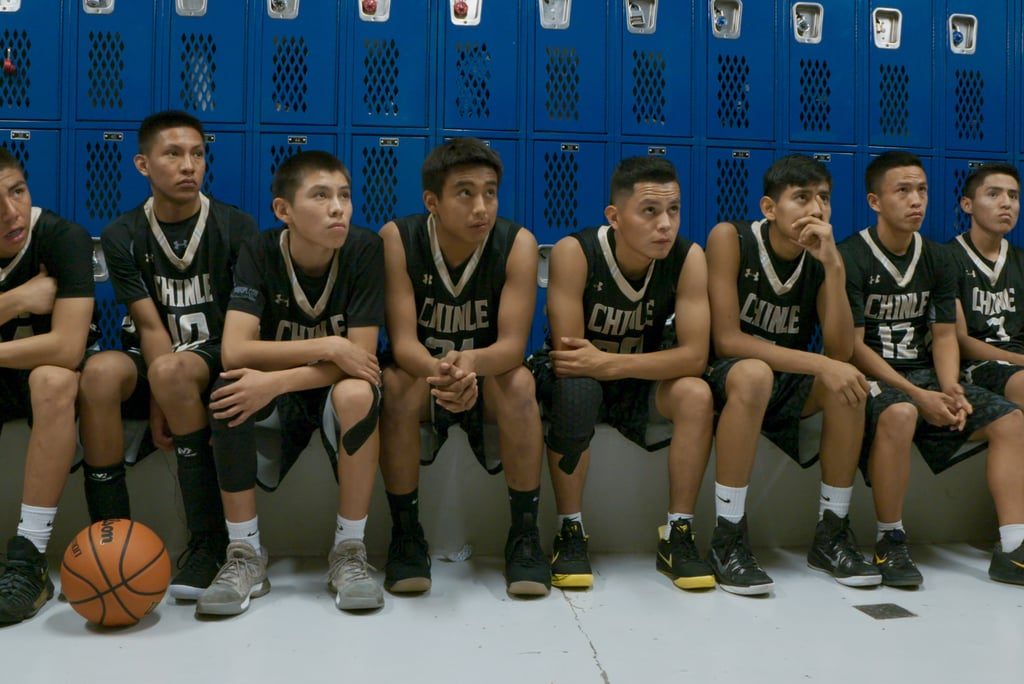 Netflix's 'Basketball Or Nothing' Is Everything

“Basketball Never Stops!” That’s what Nike t-shirts read during the 2011 NBA Lockout. But now all Under Armour t-shirts sported by those not wearing Chinle high school ones (mines on its airmail way…Wildcats stand up) read ‘Basketball Or Nothing’ like Netflix’s new, latest hit series.

In between streaming the new Jon Favreau ‘Chef Show’ based on his movie and the latest everyone’s talking about like ‘Stranger Things’ or ‘Orange Is The New Black’ season of ‘Mindhunter’, it’s time to go double or nothing on the binge and chills latest Basketball venture from the streaming site.

From Samuel L. Jackson’s ‘Coach Carter’ (quite possibly one of the greatest hoops movies of all time (and there’s a ‘White Men Can’t Jump’, ‘He Got Game’ and ‘Space Jam’ lot of them too)) to an inspired ‘Iverson’ documentary, there’s plenty on court to choose from when it comes to scrolling through a playbook worth of content on this beautiful game. There’s even some outstanding originals from the Spotify of movies, like the amazing ‘Amateur’, or this year’s Steven Soderbergh’s sobering iPhone filmed ‘High Flying Bird’ agent trying to soar out of the ashes of the lockout like a Phoenix Sun. Big-three possibly one of the ‘Oceans Eleven’, ‘Magic Mike’ and ‘Unsane’ director, Netflix and Basketball’s best.

But ‘Basketball Or Nothing’ is truly something.

Encouraging like the rapping Doggfather passion project ‘Coach Snoop’, but so much more wholesome than his little league football team he parental advisory, explicit content swears by, watch this. Because off the reservation it’s time we learnt about the run and gun Rez ball, a coach so legendary Kareem Abdul-Jabbar was once his assistant, a band of brothers who play for each other and the only stat matters, the W. It’s time to learn about Josiah Tsosie, Cooper Burbank, Chance Harvey and the whole team 1 through 15. It’s time to learn that these warriors even have their own super fan version of Jimmy Goldstein or Nav Bhatia. It’s time to learn about Navajo Nation and what the long walk really is about. It’s time to lean about a land that belonged to a people, centuries before someone like Trump thought we should build a wall and send them home.

Send them home? They are home. This is their home.

As Jack White of The White Stripes said to the stars and stripes, “white Americans what, nothing better to do? Why don’t you kick yourself out? You’re an immigrant too!”

On this beautiful reservation, vast, quiet and all encompassing there is a court culture on the floor and an even richer one off of it that should be celebrated not disrespected. And in the game is a chance for these young men to escape and find themselves a better life outside the temptation and trappings of drug abuse and a life where there is nothing to do.

Basketball is truly a global game that reaches every corner of this earth. But there a fewer places it has more of a formidable force of an inspired and influential impact then in the sand and soil of this desert. This is why you see a state of the art arena in the middle of nowhere that is in all reality actually everywhere. And to those arguing that millions are being ploughed into this facility with nothing done around it. Remember that any educational building like this is helping not hurting the future of this town and it’s youth…and it’s a damn site better than constructing another Starcourt Mall. That’s why you see uniforms provided by Under Armour kitting out these kids who look and in turn play like professionals way before and long after the Netflix documentary cameras are gone like Carmelo (don’t blackball one of the best Basketball). And this is what makes these Wildcats the most clawed after this side of the U.K. and the Kentucky alumni that has given us the likes of Anthony Davis, DeMarcus Cousins, John Wall, Karl Anthony-Towns and Julius Randle.

Season one and done this is a refreshing look at the love of the game away from NCAA court corruption or even a big league NBA were the offseason moving and shaking drama seems to mean even more than the actual regular 82 and what happens when it all tips off. Instead and everything we need right now ‘Basketball Or Nothing’ is all about the ball and the basket and just what these young men playing together as a team, one for all will do to get it there until they take scissors to its nylon.

And to think some Twitter trends are still screaming for Taco Tuesday.

These young Rez ball men of Navajo Nation are King.

This isn’t reality T.V. This is real life.

In this article:Basketball Or Nothing, Featured, Netflix 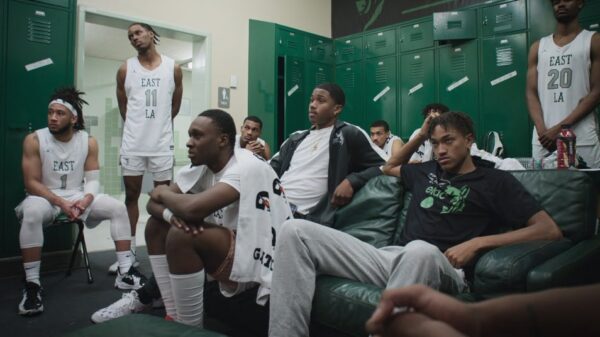