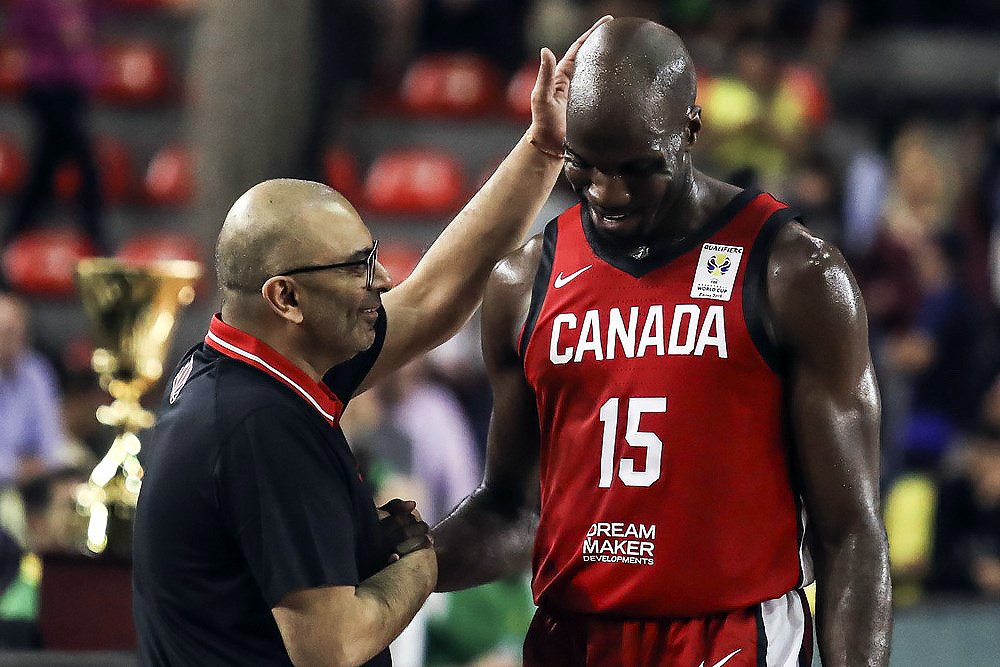 “Honoured that our group continues to make an incredible sacrifice to represent our country in international competition,” said Roy Rana, head coach for Team Canada, in a statement.

“The windows group of athletes has been the backbone and foundation of our qualification into the FIBA Basketball World Cup 2019. I hope we celebrate and show our appreciation for them in St. John’s.”

Canada has already secured a spot in the 2019 FIBA Basketball World Cup in China, through a series of qualifying games that began in 2017.

The games in St. John’s against Chile and Venezuela are the last in a series of six “windows” of qualifiers for teams in the Americas region.

Venezuela is first among six teams in FIBA Americas Group F with a 9-1 record in the qualifying tournament. Canada is in second place (8-2) and Chile is fifth (2-8).

Seven teams from the Americas region will play at the 2019 World Cup, which serves as FIBA’s premier event and a qualifier for the 2020 Olympics in Tokyo.

The seven best teams classified at the 2019 World Cup (one each from Africa, Asia and Oceania and two apiece from the Americas and Europe) will qualify for the Tokyo Olympics.

As the host nation, Japan has an automatic bid.

The 16 best remaining teams from the FIBA World Cup (plus two additional teams from each region) will be entered into four additional Olympic qualifying tournaments.

Winners of those four tournaments will also secure a spot in the Olympics.

Canada’s men’s team has not played in the Olympic Games since 2000 in Sydney, led by Hall of Famer Steve Nash.

The country’s only Olympic medal is a silver from 1936 Games.

Canada lost 19-8 to the United States in the gold medal game on a rain-soaked outdoor court that turned to mud, making it difficult to dribble.

Women’s Olympic basketball debuted at the 1976 Games in Montreal. Canada’s best showing since then was a fourth-place finish in 1984 at Los Angeles.

Here is Canada’s full roster for the final window of the FIBA Americas qualifiers.