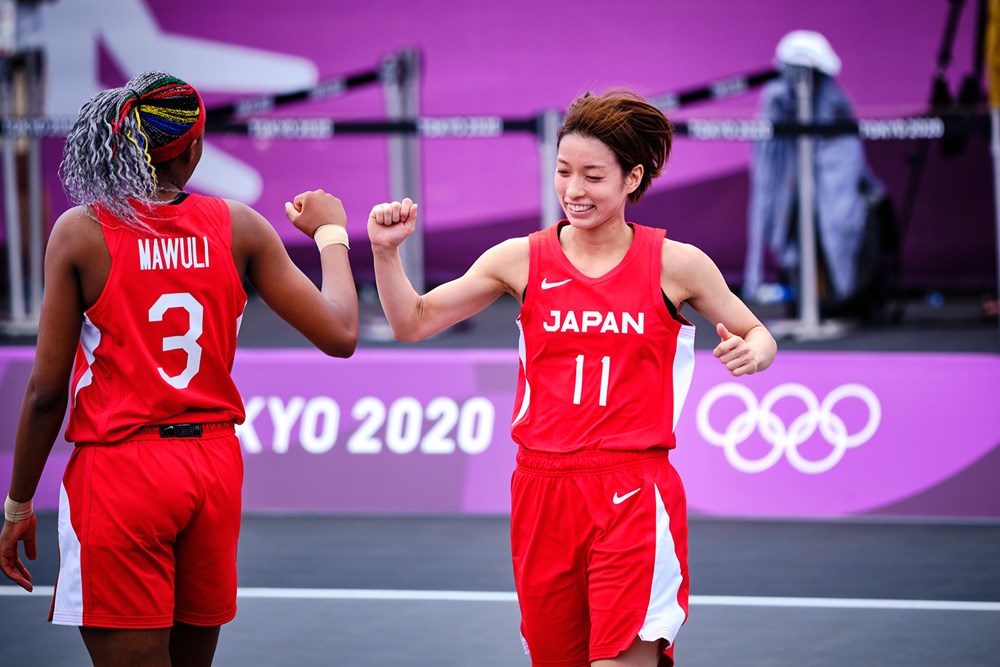 3x3 at tokyo 2020 is now officially an olympic sport

Carrying the torch a day after the opening ceremony to the Tokyo 2020 Olympic Games lit-up the land of the rising sun in fantastic fireworks, hoops have made history.

Like the first mother and son Olympians of WNBA legend Pamela and Team USA’s energy guy hoping to add a gold medal to all those rings, JaVale McGee.

The 2020 games previously postponed from last year due to COVID-19 has already had many a monumental moment and we’re barely into the first afternoon here in Japan.

Washington Wizards sophomore star Rui Hachimura carrying the flag (Sue Bird did so deservingly for the US) for his native Japan and Japanese tennis ace Naomi Osaka being the final torchbearer that lit the cauldron to set these games off. The Flying Fortress and the Grand Slam champ breaking down barriers in more ways than one in a beautiful country that still has an ugly truth of problems with racism. Especially when it comes to discrimination towards individuals with different parental heritage.

To have these two globally famous, amazing athletes be the face of their country in its biggest moment on the grandest stage was as subtlety strong as the nation itself.

Over here this will be remembered forever.

That wasn’t the only big, game changing moment this weekend though. Not in the same vicinity as diversity embracing or world changing as Rui or Naomi, but still symbolic to its sport. The half-court 3×3 basketball game made popular in summer spots for years finally became an Olympic sport like skateboarding or other urban jungle environment sports that really showcase and display alternative creative talents, earned through hustle and hard work.

If you thought watching 5-on-5 basketball was all a dream still like Barcelona ’92 then we now have more history, from the hardwood to the blacktop.

The streetball game is as real as the hard floor it’s paved on. Growing like a rose from concrete. From the streets to the stadium.

The first game between the women’s teams featured host nation Japan and Russia. Although the Japanese were upset and rocked 21-8 by the ROC (Russian Olympic Committee) like Jay-Z, this was still a landmark moment for the blueprint of basketball. In terms of Japan’s home campaign it’s just one game as they’re going for gold like the Toronto Raptors’ own Yuta Watanabe. In terms of this great game of basketball itself, it’s anything but.

This was a thriller too for a big-three like Ice Cube’s league. The ROC star Olga Frolkina iced the first bucket in 3×3 Olympic history. Whilst Japan rallied to a comeback having the game at 19-17, down to the wire off 8 points by Mio Shinozaki. But it was Russian Yulia Kozik who held her nerve in this fast and furious contest which is nowhere near a half-measure, clutching the winning basket.

Japan bounced back later in the day though. Routing Romania, 20 to 8.

United by more than emotion like the Olympic slogan. ‘From the streets to the Olympics’, both halves of basketball have finally come together.