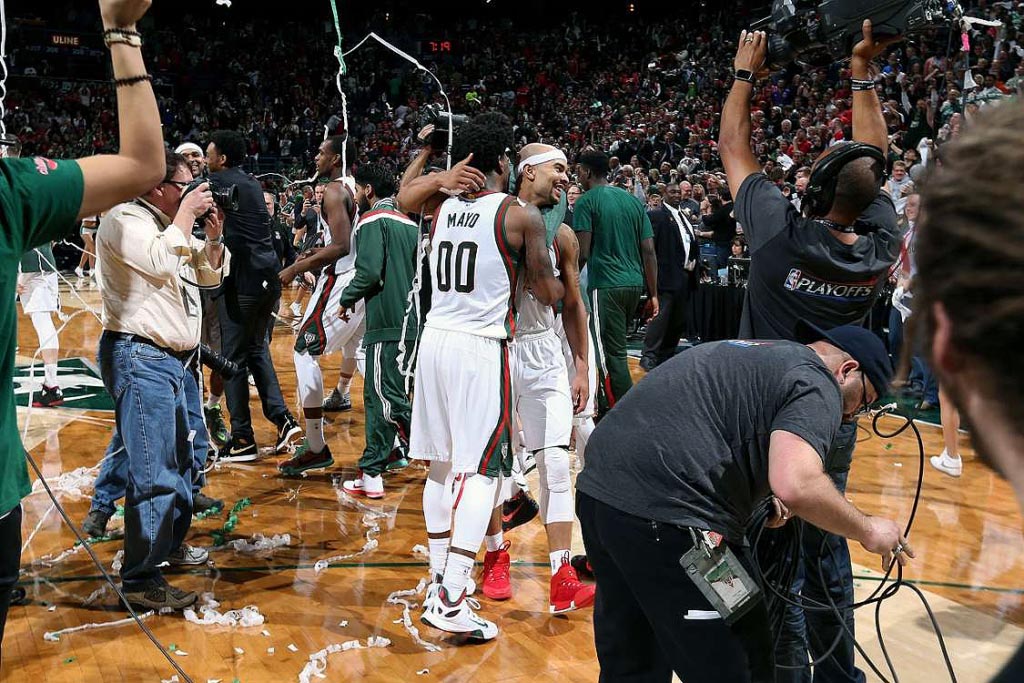 Run over a deer in headlights and it’s probably as good as dead. Still before you put it out of its misery you better check for signs of life.

Because sometimes nothing is more stronger than the spirit of a wounded animal.

No this is not a public service announcement from the Wisconsin National Park, but more like a lesson the charge of Chicago should heed as they stampede through Milwaukee. As the Bulls and Bucks locked horns in this first round, third blood, state neighbor playoff series, this time the antlers won.

In the clutch ticking down seconds of game three. Milwaukee’s young buck Jarred Bayless looked like Derek Fisher (complete with the old school, championship days head band), as he beat Point Guard legend and savior returned, Derrick Rose off the ball for a crafty, cutting lay-up off a beautifully set-up in bounds play.

You couldn’t dry erase orchestrate it better. Pin precision perfect, it didn’t matter that there wasn’t a hair between these two animals in the final minutes. Milwaukee made this victory there’s.

Facing elimination and on the ropes of a two-zip series deficit, the Bucks showed they couldn’t be put down as they kept this contest alive with a dart to the Bulls neck.

Marking their territory in the brilliant Bradley Centre, forget their new arena and look. They appear good now with vision and a court design drawn up more beautiful then their hollowed hardwood.

Last night they brought Bradley to thousands of cheers like Cooper as they hung one on the All-Star Jimmy Butler and his 23 first half Jimmy Buckets, Pau Gasol, Noah and Rose led team from the Chi. Not shy themselves these Wisconsin wonders showed they where more than the injured Jabari Parker or the Greek Freak’s alphabetical slaughter. With points from MCW, Michael Carter-Williams by the tank load and more sauce and juice from O.J. Mayo, this down but not out team had plenty left in reserve.

And then it was just Jarred.

Bayless skipped to his Lou and got a playground response from these professionals fans as he blew past the Windy Cities finest with a breeze of a slick move. Now, forget even the beautiful new logo as these stags showed they where mature even as a young, eight point team. Now it’s no longer safe of you go up against these guys by 12, they’ve got more of a bakers dozen in their 12 men unit.

The Bulls may still run away with this, but last night the Bucks proved that their flocking future is heading for greener pastures in more ways than one.

We where wrong. The Buck does not stop here!