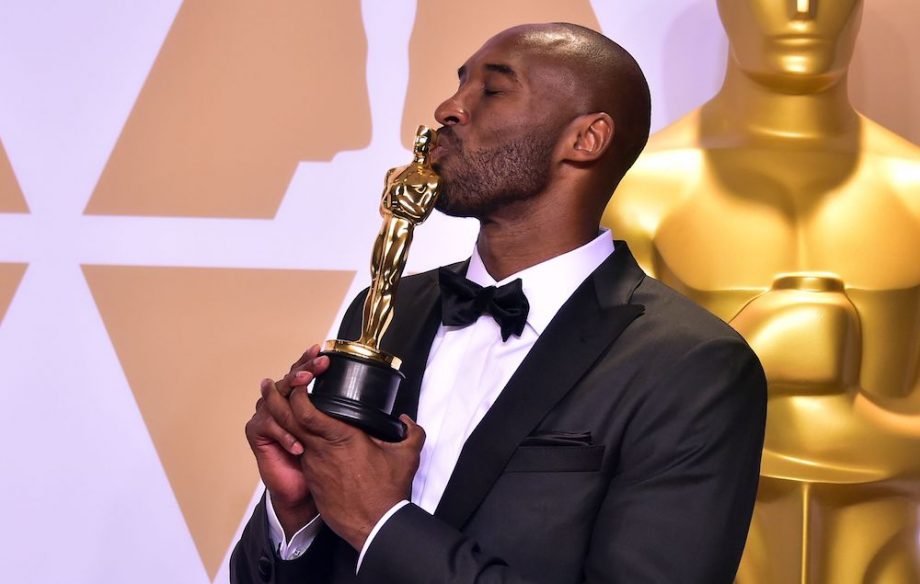 “Ladies and gentlemen, with the 13th pick in the 1996 NBA Draft the Los Angeles Lakers select…Kobe Bryant from Lower Merion high-school”.

0%. We’re sorry but no matter what you’ve heard from Stephen A. Smith (c’mon) and the like, Kobe Bryant isn’t coming back to play for the Lakers next season. It doesn’t matter how competitive the Black Mamba is. It ain’t happening. He has a new drive. Remember when Michael Jordan said he was 99.9% sure he wasn’t coming out of retirement for a second time in 2001? But then the decimal point saw him suit up for the team he owned the Washington Wizards for two heroic seasons from the greatest of all times? Well there’s no 0.1% this time. It’s just nought. Zero. Zilch. Nada. Nothing.

Hi! Big fan. I know it seems like more than a good day, but number 24, or 8 isn’t coming to play half-court in the Big 3 either. The former thirtysomething is old. But he’s not that old. Did you ever think he would? We wish right? Besides Vanessa Bryant has already put a nixing to all that like a Stern veto on Pau for Paul (yeah, even now we never let that go over here. I mean behind Drazen and Dirk, Gasol is the third best European NBA player of all-time for crying ou…O.K. I’ll stop). You’ll just have to settle for T-Mac. Or Carmelo in a few years…or weeks?!

Forget 24, you’ll just have to settle for number 23 like M.J. Just be happy you have Los Angeles Laker, LeBron James (I’m sorry, I can’t not keep saying it as unbelievable as it is) to lead your Ball-ing young core.

Get your cameras ready like Nicholson celebrities courtside. Kobe Bean Bryant and Kobe Inc. are about to really flip the script, changing games. Did you think he was done after winning the first Academy Award in NBA history (what?! Not Space Jam?! I’m sorry Mike. I guess 24 really is one over 23. Don’t tell ‘Bron!), for the amazing animated, off the canvas drawing board like a dry-erase play, ‘Dear Basketball’? His fond and fitting farewell to the game originally scribed on The Players Tribune athlete journal blog site and scored by the legendary John Williams. Young Kobe used to spend nights in hotels postgame playing film and ‘Star Wars’ movies. Now the court conductor is dribbling between the composers strings and cinematic sketches. Hold the phone Speilberg, because Kobe is answering the call. Winning in the same year as ‘Best Actor’, Gary Oldman did for playing the two fingers to the competition, close but no cigar, Winston Churchill, or Guillermo Del Toro did in direction for showing that a swamp thing can find love too in ‘The Shape Of Water’ isn’t enough for the killer instinct of the Mamba man. The Lakers and NBA G.O.A.T. in some circles is aiming for E.G.O.T. You know, Emmy, Grammy, Oscar, Tony?

This is how Vino ages like fine wine. In the production cellars of behind the scenes entertainment, playing phantom coach like the time he killed it on the sidelines or in the face mask. The man who couldn’t even barely be stopped by a tore achilles he tried to push back in place, hit a free throw and walk off knows all about moral and redemption stories with a resonating message. He wrote half of them in his other Hollywood career. But now leaving an arena lined with jerseys bannering Magic, Kareem, the logo or Big Shaq, to offices adorned with pictures of Walt Disney, Oprah Winfrey and J.K. Rowling for inspiration, he’s got stories to tell in planned production for the next half of the decade. You get a story! You get a story! You get a story! Bigger than basketball but with the influence from the games “discipline” and “sharp focus”, Kobe’s second entertainment career wind is in a direction akin to Kareem’s wonderful writing (from Abdul-Jabbar’s amazing autobiographies (three in a year?) to his articles in ‘Time’, ‘The Hollywood Reporter’, ‘The Guardian’ and even his by the book Sherlock Holmes fiction). Bryant says the latest work he’s doing is like if “Harry Potter and the Olympics had a baby” (Quiditch becoming a gold medal sport by Tokyo, 2020?). And currently he even has his Peanuts inspired ‘The Punies’ coming faster than a Charlie Brown fastball that we’ll all fall for. The man leaves the peanut shell bleachers of basketball to crack open the second half of his professional life. Stepping out of ESPN’s ‘Musecage’, the Black Mamba has a whole new book to write (as well as some YA fantasy novels) for his legendary legacy of crowd pleasing history.

This is 40. Happy Birthday Bean!

Oh, and like the King this new Hollywood mogul in a whole new game and arena is not just going to shut up and dribble.

And the winner is…