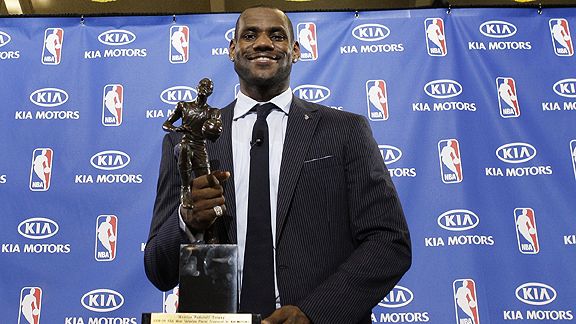 A person familiar with the announcement says LeBron James has won the NBA’s MVP Award for the second straight year. The Cleveland Cavaliers star will receive the honour Sunday at the University of Akron.

The person spoke to The Associated Press on condition of anonymity because the league has not yet announced the results of the vote.

James averaged 29.7 points, 7.3 rebounds and 8.6 awards this season. He led the Cavs to 61 wins and the top seed in the post-season. Cleveland opens its second-round series against the Boston Celtics on Saturday.