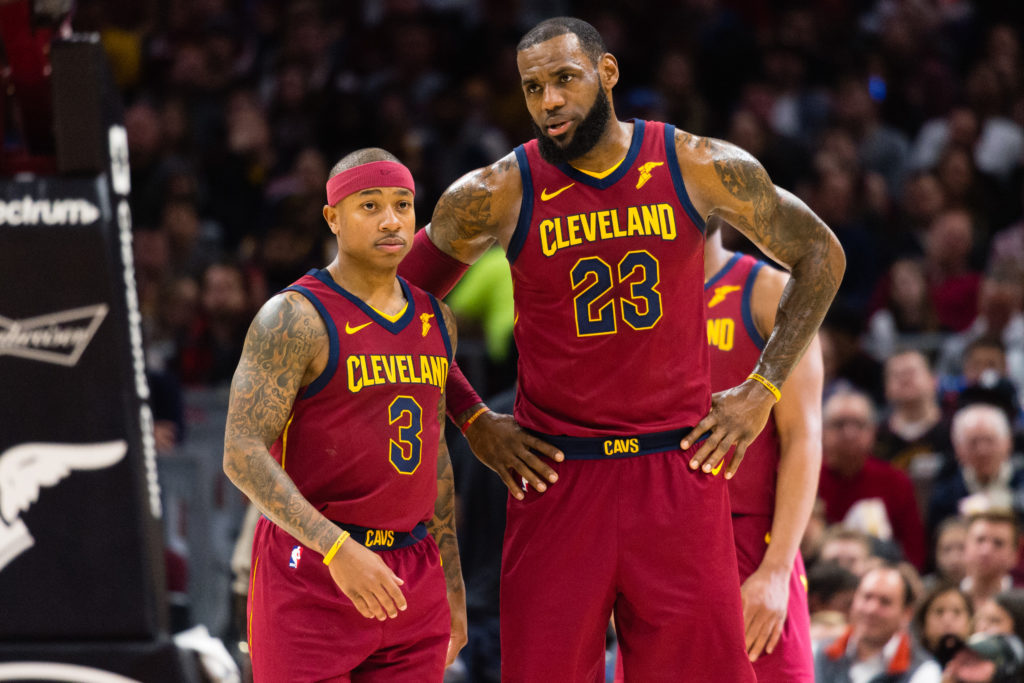 Cleveland plainly dealed their point prince Kyrie Irving away from the King’s Cavalier land this Summer, to make the NBA’s historical Boston Celtics storied again behind their new superstar handle. And in return they got a glorious gunner with an 80’s iconic name, albeit one hip checked to the new year with injury.

But even if Christmas has come late this year like changing your calendar to 2018, Isaiah Thomas is back like you’ve never seen him before, like a Detroit Piston legend kissing and making up with an 80’s Showtime one in an emotional NBA TV reunion.

Like Pennywise the clown, injury tempted I.T.’s reign into the gutter for the opening chapter of his story with the King like he was wearing a yellow raincoat. But just wait for part two…it’s about to get slicker as forget arms, Thomas is about to take everyone’s legs off from the ankles up.

The land was in need of a hand. One that even the way of Wade couldn’t help after the thorn that went in probably retired, former franchise player Derrick Rose’s side. And now they have it all for one and one for all in I.T.’s support. The King now has a fellow crowning talent ready to hold the throne with. Isaiah Thomas’ return to the trail against Portland was blazing too. Normally a nice 17 points and 3 assists would seem modest for a pocket dynamo of this young Iverson’s stature, but when we answer that it came in just 19 minutes of burn than you know it’s something else altogether.

It’s the makings of something greater.

But all that failed to blend in Beantown as his reunion with the Celtics he was supposed to retire with and his renewed rivalry with the guard he was traded for was put on a DNP-CD hold (at least he too made up with 80’s great Danny Ainge). But the whole event game of the night turned out to be a wash-out as the Celtics 102-88 scrubbing of the Cavaliers on polished parquet only saw the real rivalry of James (19) and Kyrie (11) amass less than 20 points each when this explosive TNT match-up should have gone 30 for 30 for ESPN.

Must Read:
Is Luka Dončić The Next Dirk For Dallas?

Still Ohio will rise again when the King and I.T. return to their land and maybe even the promised ones of the NBA Finals. As another Celts/Cavs conference finals match-up without Gordon Hayward and this time more Love could beat towards the heart of a lion. And the five foot something with a headband has plenty of that under his too.

And you best believe tooth and hip surgery nail he’s going to leave it blood, sweat and tears all on the parquet this playoff postseason.

But this time instead of against one, Isaiah won’t just be running alongside a King…he’ll be one.