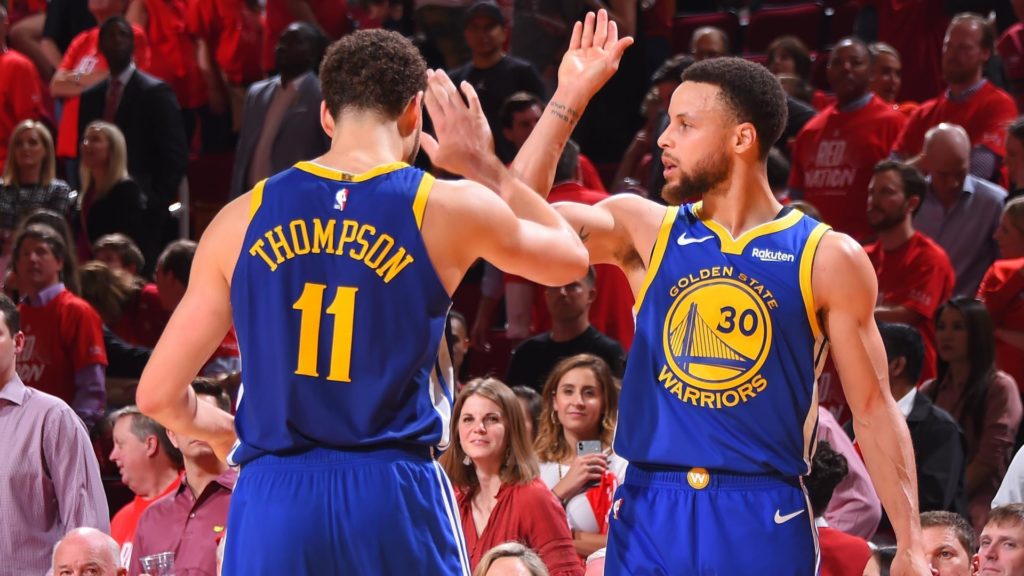 The Warriors Came Out To Play This Series

Even without the fantasy Basketball of Kevin Durant in this series, the Golden State Warriors still brought out the brooms like ‘Fantasia’.

And swept out of Game 4 like Thanos click finger dust, the Portland Trailblazers may have only lost by a bucket (119-117)…and in overtime at that. But with all the Splash they had to contend with this series from brothers Steph Curry and Klay Thompson, they were left dealing with more leaks and holes in all of their own ones like Mickey Mouse in said Disney epic.

This was meant to be the showdown between Dell Curry’s boys Steph and Seth which divided a household. And although the youngest gun stepped up to the plate, swung big in this carnival and knocked them down, big brother was always watching.

Steph Curry averaged over 36 points a game this series. Just read that again. 36 points. Right now we don’t need to talk about Kevin.

The Warriors are a dynasty for the ages even without their best player (although this writer thinks he wasn’t missing this entire series). The first team to make it to five straight finals since the Boston Celtics. The 1960’s Bill Russell Celtics. That’s King James crowning legendary. And Steph Curry with the shot and that facet of the game is just as iconic and dominant as a Bill block.

Give some credit to a blazing Portland side who never gave up despite the box score. They can hold their heads in the PDX. Even in their Moda Center home-stand City Of Roses end in RIP City. Their season eulogy should read as a celebration and commiseration, not a trolling condescension from critically entitled fans who have done nothing to determine the outcome of these games and could never make it this far in their wildest memes. They call themselves “influencers”? Well no one’s going to remember them in 50 years.

Must Read:
These Celtics can write the next classic chapter in history of storied franchise

The NBA will remember one of their Top 100 greatest of all-time in a half century though. As after hitting the biggest buzzer beater in playoff history against Paul George and the Oklahoma City Thunder in the first round, Damian Lillard played through the pain of separated ribs this series and still made the Basketball God’s look down from the hoop heavens with praise. Like New York singer St. Vincent tweeted, “Damian Lillard is my hero”. Even his backcourt brother of splash CJ McCollum in the only small man set up to rival Curry and Klay came out to play against the Warriors after midrange mining the Nuggets into submission in Denver just over a week ago.

But Curry’s red hot triple double, starter, mains and dessert dish of 37, 13 and 11, to go along with a playing not crying, Draymond Green’s day of 18, 14 and 11 assists also was just too much in the clutch. As Stephen and Dray became the first teammates in NBA history to have a triple double in the same playoff game. Forget how much this team can unbelievably keep winning, how does this ball manage to get shared this much?

Well that just may be the secret of success?

The real test is dubbed next however in the Warriors last season in Golden State before they move across that Golden bridge to the Silicon Valley of a digital age in San Francisco. They will play the winner of the Milwaukee Bucks (probably…Giannis…MVP. Sorry Toronto but come on!) and Raptors series. But by then they should have some guy called Kevin back.

I mean come on. This has been getting crazy. This is just out of hand like said ball in Splash City.

Now Bill Russell and the Boston Celtics’ record of eight straight finals and wins doesn’t look far out of reach for Steph Curry and the player and team with the biggest range in the association over the gate of the Pacific.