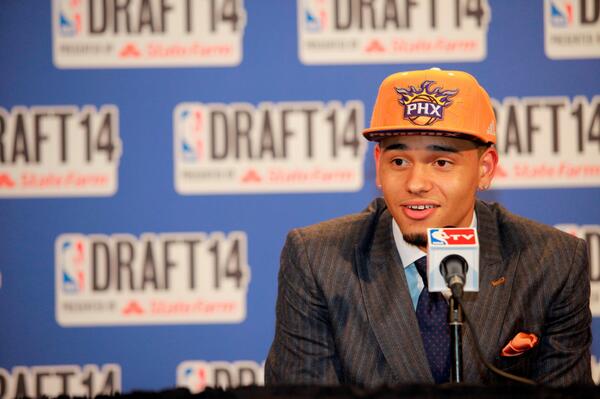 Syracuse point guard and Brampton, Ontario native Tyler Ennis was picked 18th overall by the Phoenix Suns. The Canadian point guard who led the Syracuse Orange to a school record 26-0 start will be starting his NBA career with the same team that drafted Canada’s Basketball MVP”, Steve Nash.

Ennis was widely regarded as one of the top prospects in this year draft and was being strong pursed by the Toronto Raptors who nearly got their wish of bring a Canadian player granted.  Ennis, matured beyond his years on and off the court appeeared in 34 games of the Orange and averaged a consiosyem 12.9 points per game , including 5.5 assists and 3.4 rebounds .