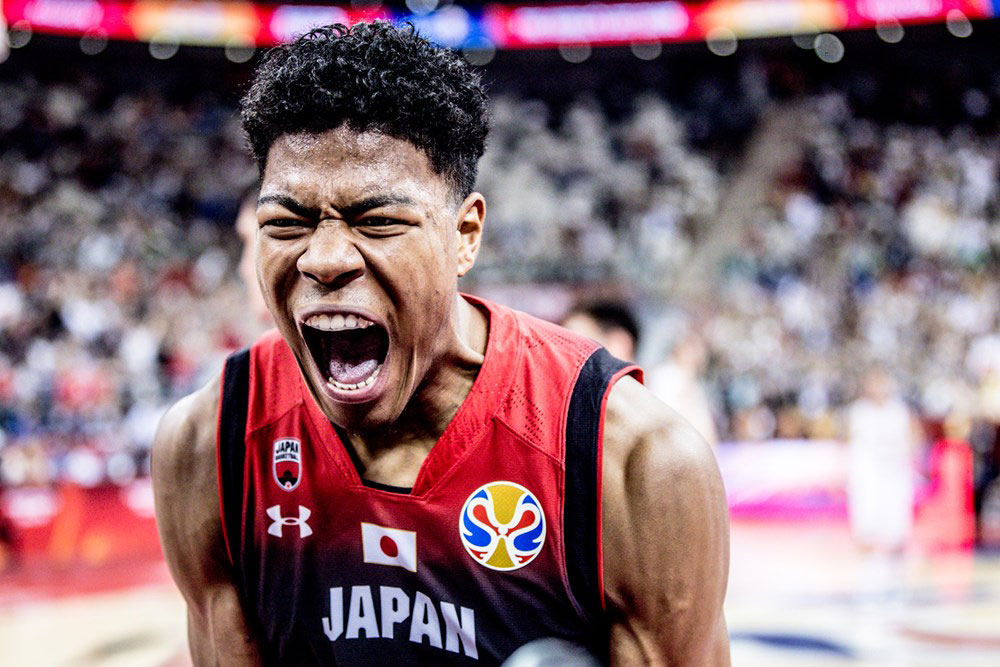 I’ve been sitting on this for a few days.

But I can’t let it slide.

This has nothing to do with the fact that I live in Japan. Or even that the hateful message concerned came from a social media profile with a Yokohama Baystars picture. Meaning the same town where I now reside. Even the fact that it involves a basketball player, is immaterial to the ignorant injustice that needs to be addressed here.

NBA legend of ‘Linsanity’ fame, Jeremy Lin has been campaigning and writing articles for Time magazine about this type of ignorant issue. ‘Killing Eve’ and ‘Greys Anatomy’ star Sandra Oh has been taking to the streets with a bullhorn to speak against all the attacks that have been happening to Asians across America.

And the problem is only getting worse across the watching world.

You can’t say ‘Stop Asian Hate’ if you let the daily anti-black abuse that Aren and Rui Hachimura receive stand.

Sadly, despite all that Rui has done to carry the ball and the torch (literally the Olympic one) for his country like the Toronto Raptors’ very own Yuta Watanabe from Yokohama, Japan. Despite all that tennis ace Naomi Osaka has grand slammed on her court as arguably one of the top five sportspeople in the world today. There is still racism. There is still hate.

In their own country.

Because they come from parents of a different heritage.

Aren Hachimura, the younger brother of Washington Wizard sophomore star Rui Hachimura recently shared racist messages he received in an attempt to raise awareness for discrimination towards minorities in Japan.

The Tokai University student/athlete shared despicable messages he got on his Instagram account that said he and his brothers were “born by mistake” and “should die” among other racist remarks and repetition of the most sickening of slurs. The attacker also claimed the brothers were worthless beyond their basketball skill.

This is the type of racist discrimination and human disregard outside of basketball that Boston Celtic icon Bill Russell used to get in the 50’s and 60’s. To those abhorrent racists he was good enough to win championships for his city, but not stay in their hotels, or eat in the restaurants. Or have a shred of their respect. Not that the respect of people like that is worth a regard, or damn. Especially for a civil rights activist with as many rings as MJ and Kobe…combined.

Tell me why is this still happening now?

“Some people say racial discrimination does not exist in Japan,” Aren Hachimura, who along with Rui are part of a beautiful Japanese and Beninese family, said in his post. “But I would like the public to take an interest in the matter.”

Rui added that he also receives these types of messages…daily.

Racism is racism no matter what form it comes in. And between whomever it is, it should stop. Forever. Until then we won’t be able to shut up and dribble. Or keep quiet and write about something else.

Oh that same night, Rui led his team to a 154-141 victory over the Indiana Pacers with 27 points.

How’s that for worth?

Black Lives STILL Matter like we should Stop ALL Asian Hate.

Japan is currently under pressure to cancel their previously postponed Tokyo, 2020 Olympics due to rising coronavirus cases. And for the sake of people’s lives and livelihoods sadly it should be. One thing this would take from us though would be the chance to see Rui and Naomi carry the flag for more than their country that they are proud to call their own.

Japan is a proud, traditional place, rich with culture and there is nothing wrong with that. Their legend and legacy like Yasuke (a real life black Samurai from history celebrated with a new Netflix series starring LaKeith Stanfield) also looks to innovation. Focusing on the future under the spotlight of neon light Osaka and Hachimura are part of that very culture and future. Making their own and their countries history.

It’s time for everyone to be on the right side of it.