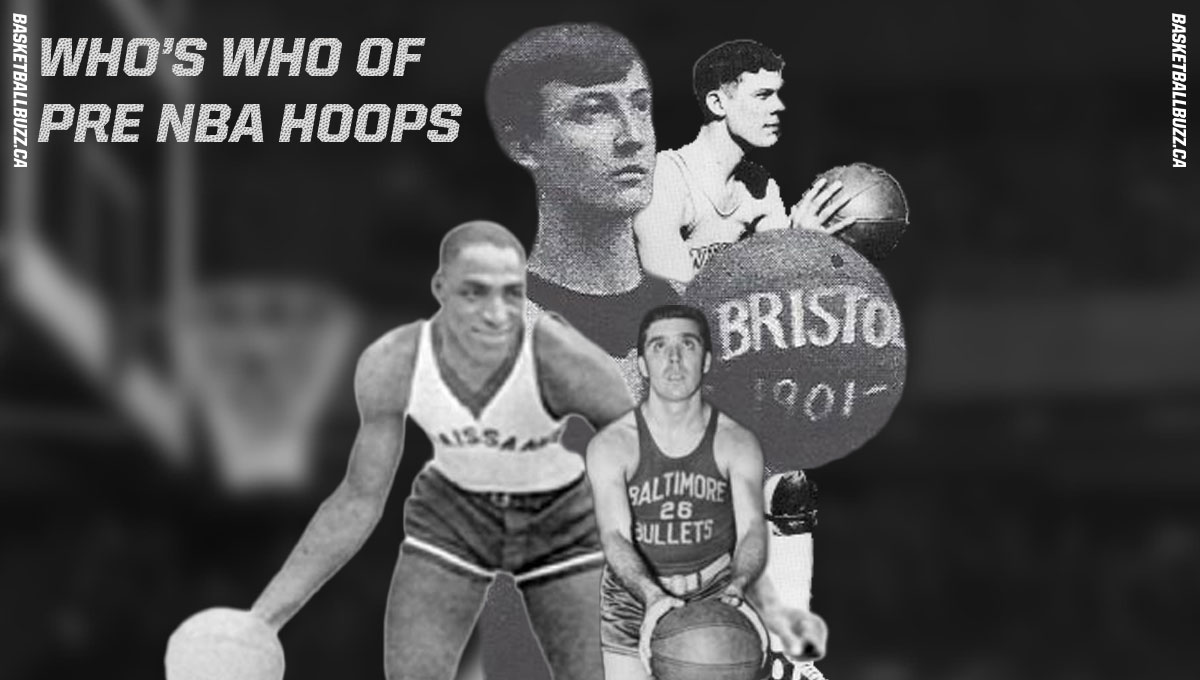 Whos who of pre nba hoops

To much acclaim and discussion, the NBA has celebrated its existence with their 25th, 50th and more recently the 75th anniversary teams.

Once again, with this mentality, we are totally disrespecting the thousands of players who played pro basketball prior to the creation of the NBA in 1946.

Starting in 1898 and leading up to the formation of the NBA…there were more than 20 major pro basketball leagues and close to 60 minor pro leagues in North America with somewhere around 550 teams!

Why should they be ignored?

There were also the barnstorming teams and the African American travelling teams composed of some of the best hoopsters in the country.

So here exclusively for BasketballBuzz is my list – after extensive research – of the top 48 players of the first 48 years of pro basketball.

Here are brief bios of a few of these unsung heroes.

Must Read:
Brian Grant's 'Rebound' Memoir Proves You Can Bounce Back From Anything

An All-American in his one year at the University of Kentucky (1935), the 6-foot-4, 215 pound center was racking up unheard of points at the time.

Thirty-four points against Creighton and 26 against Chicago.

He was named the Helms Player of the Year.

This ambidextrous Hoosier (Indianapolis born) would go on to be the main star in the National Basketball League.

Those first three seasons also led his team to the finals. The league had up to 13 teams at the time.

The following two seasons the All-Stars won the championship with Edwards leading the way.

In his second last season (1947-48) at 33 years of age, he was one of the top performers in the playoffs. This despite giving away an average of five inches per game.

Edwards is generally recognized as the player responsible for the implementation of the three-second rule.

Edwards should be in the Hall.

He was only 5-foot-7, and it is written in Pro Basketball Encyclopedia of Hough “He possessed incredible agility and speed. Not only that, but he was unequalled in his ability to break free for a clear shot. If a defender played him tight, he would drive around him for an easy layup. If the defender backed off to defend against the drive, Hough could show off the fact that he was among the best set-shooters of the era. On the court, Hough was an extremely intense, high-strung figure who raged at referees, opponents and even teammates at times.”

In 1908 the Pittsburgh South Side team paid him $300 a month to play for them, making him the highest paid basketball player in the world.

In the 1909–10 season, playing for Pittsburgh South Side in the Central Basketball League, Hough made 963 free throws, the most free throws recorded by any professional player in a single season.

But remember, in that era, each team designated a player to shoot all team free throws.