Just when it looked like Utah State’s basketball team was done recruiting the door swings back open.

Brady Heslip, a freshman guard from Ontario, Canada, is suddenly on the market after leaving Boston College when coach Al Skinner was fired.

Heslip, enrolled at BC during the semester break and has not officially used any of his NCAA eligibility. After being granted a release from the Massachusetts school, Heslip has become a hot target of schools looking to secure depth at the point guard and shooting guard positions. Utah State, which seemingly has plenty of depth there for next season, is interested enough to bring the talented Canuck in for a visit this week.

In a series of tweets — first reported by Parsing the WAC — Heslip mentioned his visit with FoxSports.com’s Jeff Goodman.

Goodman tweeted: @bradyheslip Thanks, man. I appreciate it. Trip #2 this weekend to Utah State, right?

Heslip replied: @goodmanonfox you got it

“I love the tradition out there, I know coach does a great job with his guys, I love the way they play,” Heslip said. “I am very interested in getting out there and seeing the campus and getting to know the coaches better. “

Heslip is a 6-foot-2, 180-pound guard who — according to ESPN.com’s recruiting service — “burst onto the recruiting scene with his tough hard-nosed play and his ability to shoot the basketball. He has a great stroke from deep and plays with a great pace and confidence. On this team (Team Canada/Adidas Nations) he played off the ball because of Cory Joseph, but showed his point guard skills when he got the opportunity. He understands how to play and is a high percentage decision maker. He has a good handle and is able to get by his defender with deceptive quickness. He moves well without the ball; he uses and reads screens and does a nice job spacing up off the ball in transition or off penetration. He showed a solid mid-range game after lifting his defender with a shot fake and can make a floater over the bigs. This kid has savvy and leadership qualities that should make him an asset to any program.”

Heslip, who also has been reported to have visited Boise State on a recruiting trip, averaged 28.0 points, 4.0 rebounds and 4.0 assists per game as a senior at Burlington, Ontario’s Nelson High.

In addition to Boise State, Heslip told the Deseret News he is considering considering Miami, Providence and Northeastern. He said he hopes to wrap up the sudden need for another recruiting process quickly.

“I hope to have my decision made by the middle of May or just after,” he said.

His father, Ted Heslip, was an player at the University of Guelph in 1980. His uncle, Jay Triano, is the head coach of the Toronto Raptors. 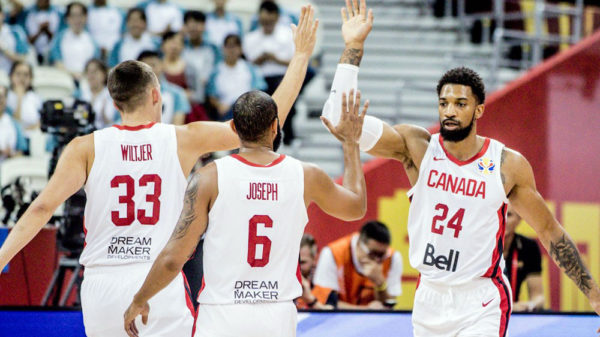