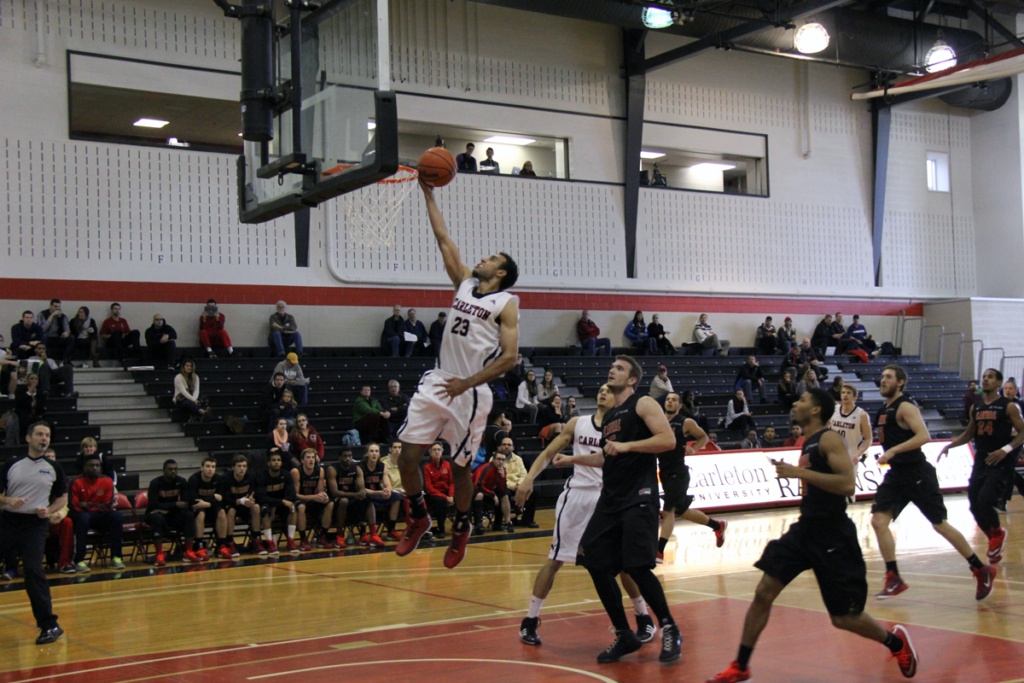 The CIS Men’s basketball product has undoubtedly gotten better each year with top tier athletes landing pro contracts overseas with regularity, we are now in the midst of witnessing All-Canadians earning NBA Pre-draft camp invites. After an intense preseason that begun in early August we’ve been hard at work attending games, chatting with coaches, hunting down and scouring box scores to try and compile the 2014-15 BasketballBuzz CIS Basketball Preseason All-Canadian list. It’s never an easy task, specially this early in the year to put together such a list, specially when teams are just starting to gel and aside from several preseason games there aren’t many indicators to accurately predict who will eventually end-up as All-Canadians. Without further ado here is our 2014-15 BasketballBuzz CIS Basketball Preseason All-Canadian list with first, second, third and honorable team honors.

Philip Scrubb is a NBA point guard prospect in the CIS! The possibility of Scrubb getting into the league is as strong as it gets for a CIS basketball player. Now in his fifth-year with the Carleton Ravens the Richmond, B.C kid who turned down mid division one offers to come to the Nations capital is on the verge of cementing his name as the greatest CIS player of all-time.  The three-time Most Valuable Player is on a mission to win his fourth straight Mike Moser (MVP) trophy and a fifth straight CIS championship. If it all comes together once again for Scrubb and the Ravens come March you can bet the mortgage and the couch that he will be invited to a few NBA Pre-Draft workouts in July 2015.  Scrubb left Memphis and head coach Josh Pastner calling for back-up with back-to-back 30-point (35 points/10 assists/7 rebs & 30 points/4 assists) outbursts in the Ravens 2-0 series sweep of the Tigers.

The 2014 CIS Rookie of the year could have easily been a first-team All-Canadian last year, instead he was named to the second-team after torching the country with his absurd 27.4 point per game average. Masters aka Mr. Get Buckets hasn’t skipped a beat this preseason, leading the Varsity Reds in scoring in all but one of their ten preseason contests, including 35 large on both UQAM Citadins and Crandall University, ending the preseason schedule with a 26.1 point per game average while averaging just shy off 11 free-throws attempts per game.

Johnny Berhanemeskel aka”Johnny Basketball” got snubbed from last years official CIS first-team All-Canadian team, period! Expect the fifth-year senior to play with chip on his shoulder all-year as he makes his swan song. If the Gee-Gees can return to the National Championship once again there will be no doubt as to who is best of all-time to rock the Garnett and Grey! In 10 preseason games Berhanemeskel has torched just about everything in sight by scoring over 25 points in three-straight games to kick off the preseason including and a ridiculous 27 points (11/18FG) on the Indiana Hoosiers and 33 on the Memphis Tigers.

The rise of Thomas Scrubb has been coming! Playing under the shadow of the his younger brother for quite sometime the older Scrubb is now finally ready to dominate after a summer with the Canadian Senior Men’s National team. The 2014 CIS Championship game MVP finds himself in prime position for an All-Canadian season. With Tyson Hinz gone their will be more touches available on the offensive end and his dynamic ability to put the ball in the basket from behind the arc and the low post makes him a nightmare to defend. Scrubb shined in the preseason as he nearly beat the Indiana Hoosiers with a 34 point, 8 rebound, 7 assist, 4 steal performance and added a triple-double the next game with 20 points,  13 rebounds, 10 assists on the Vermont Catamounts.

Conor Morgan has the total package, now in his junior year with the Thunderbirds he has the ability to be a special player on a team will need him to deliver on a nightly basis if it wants  to return to the CIS Final 8 in March. Morgan a product of Victoria, BC was the only CIS player invited to the 2013 Canadian Jr. National team and despite not making the final roster the progress is evident and the skill set is undeniable. At 6’9″ Morgan is versatile enough to do damage both inside and out has worked hard to expand his range to the three-point line. Morgan opened the preseason playing well against the Detroit Titans (NCAA) with a 17 point, 12 rebound, 5 block effort and and showed the full repertoire against the Windsor Lancers for 34 points and 8 rebounds in the close 90-87 preseason loss.