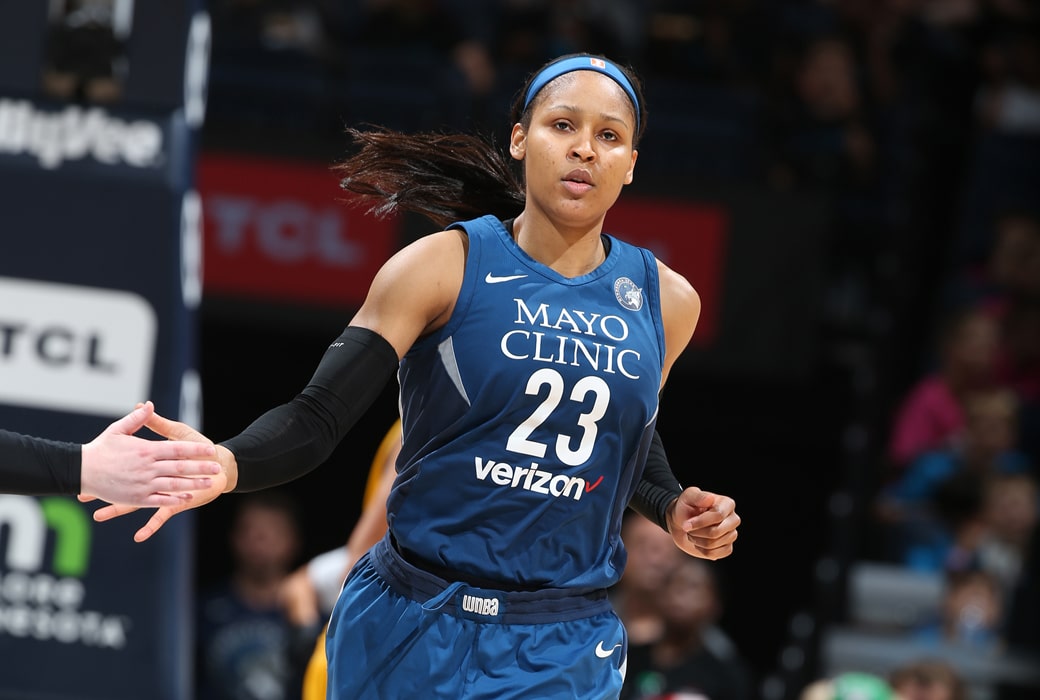 moore to life than basketball

Kobe Bryant yesterday said that WNBA greats like Elena Delle Donne, Diana Taurasi, Maya Moore and more could break ankles and bang with the big boys in the NBA today…and those ignorant to this inspired notion making jokes on social media to no real likes need to watch them work this season.

But one player who won’t even be playing in the WNBA next season this Summer is Maya Moore.

The Minnesota Lynx franchise face will sit out her second straight season as she campaigns for the release of an incarcerated inmate she believes innocent. Taking herself out of Team USA consideration for the 2020 Olympics in Tokyo, Japan also, Moore wants to make sure Missouri man Jonathan Irons behind bars gets his fair day in retrial.

Leaving the Basketball court for the legal one, the WNBA’s loss is much more important to this man’s gain as Maya works relentlessly for Irons’ freedom. The 39 year old is serving a 50 year prison sentence after being convicted of burglary and assault with a weapon. Moore first met Irons in 2017 at the Jefferson City Correctional Center where he is serving his sentence.

Irons has already served 20 years. He was 16 when he was tried and convicted, albeit without witness, fingerprint, footprints or DNA evidence. Although the homeowner involved in the robbery testified that he assaulted him. Still, Irons was tried as an adult, by an all-white jury and convicted of the crime.

From poverty to the purgatory of prison, Jonathan maintains his innocence and Maya is fighting for it for the second straight year. Although she insists she is not retired from the game. But right now this cause is just too important for her to ignore. Playing ball whilst she believes the justice system won’t. Advocating for social justice, change, reform and ministry Maya is showing even more to her skillet than being adept at beating the buzzer. She wants to beat injustice. And it’s a race against time.

The former Rookie of The Year and MVP has taken the Lynx to the WNBA Finals six times, but what she could lead now has much more life changing importance. With full support from club and country the five time All Star is shining a light on what we don’t see unlike highlight after highlight.

Those showing scorn and making another tired WNBA joke realize this is bigger than the game which in turn is much more than your inept, belittling comments. And to those doubting Irons innocence. Everyone deserves a fair trial, even another one when it’s not black and white beyond a reasonable doubt. You only have to watch the latest Michael B. Jordan and Jamie Foxx film ‘Just Mercy’ to see that.

Maya Moore once emulated Michael Jordan’s legendary, arm spreading wings poster for an iconic Nike billboard for all the young hoopers looking up to her like a LeBron witness. But now she’s really extending an even bigger hand.