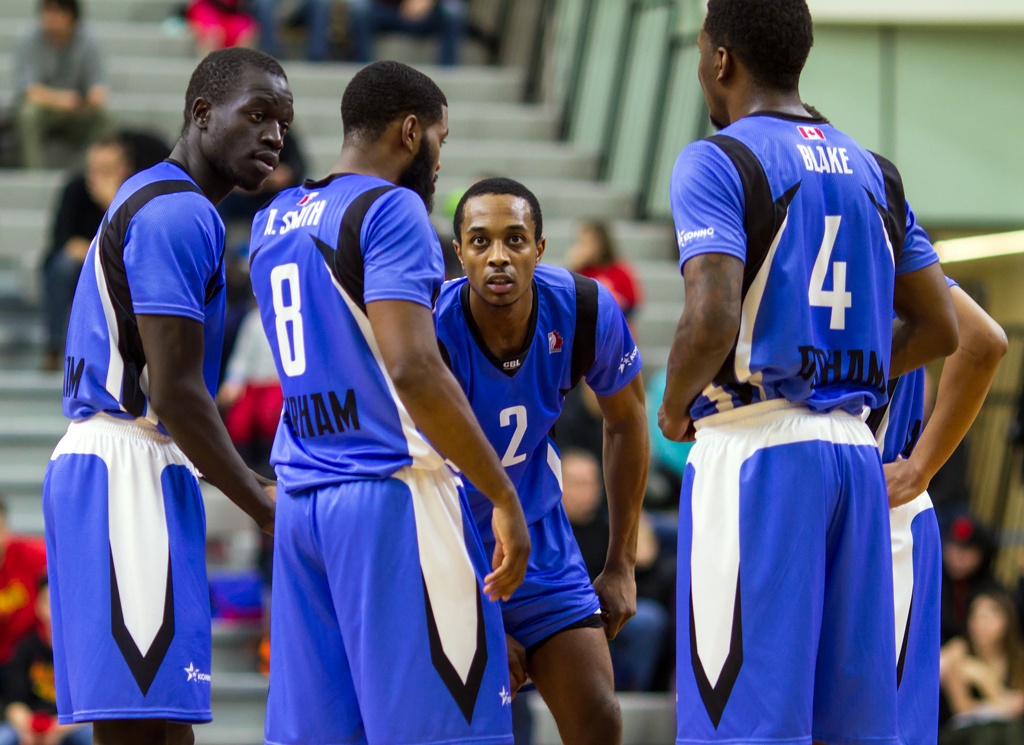 “Manny was an Honors student at St Marks, Xaverian and Marist.  It’s possible , if a kid can manage his academics and athletics, he or she can one day be a successful professional player or be successful at whatever career he or she chooses.”  Ian Thomas (Manny’s Father)

When Garrett Kelly, in charge of basketball operations for the Canadian Basketball League, set out in the off season to sign prospects for the league a certain criterion stood out in his selection process.  It was important for candidates’ I.Q.  to transcend beyond the court and it was imperative that they have the ability to represent the league in a positive light.

Brooklyn native Manny Thomas seemed to check all of those boxes and has been doing so since he first picked up a basketball at the Brooklyn Children Basketball Association dating back to his formative years when swimming , soccer and a little bit of kickboxing crowded  his leisure time pursuits.  But once the basketball bug hit Thomas in Grade School nothing stopped his appetite for ball, leading him to sign his first professional contract in Canada where he is now is an integral part of the Durham United team.

“Manny was taller than the players his age and also had a physical edge, “announced his father Ian who recalled that his son was blessed with physical attributes that made basketball a natural connection.  But he also reported that Manny was a quick study in anything he pursued. At the age of 10 Thomas attended his first Five-Star basketball camp at Delhi State University and the impactful experience opened his eyes to what was needed to develop his game.  “I definitely believe that Five-Star basketball camp was a life changing experience,” announced Thomas.  “The camp developed my drive for the sport because this is when players started to get ranked and nationally recognized.  It is also when I started to take individual work more seriously,’ he stated.

Thomas combined playing Grade School basketball with his first traveling team – the Brooklyn Patriots.  He later moved to the Long Island Lightning organization in Hempstead, NY where he played AAU ball under the guidance of coach Nick Akoumanakis – a coach considered to have an unusual system for developing young players.  “Coach Nick was very unorthodox at his coaching, practiced maybe twice in four years of Manny being on the team,” reported Ian Thomas.  “Coach Nick did play several games during the week and on weekends that exposed ‘us’ to several neighborhoods in the borough of New York and other cities,” added the elder Thomas.  It was this exposure through the extensive schedule of games that led to Thomas’ notoriety as a youth player and subsequently offers came in from Boarding Schools across the region hoping to enlist Thomas’ services.

In 2007 Thomas enrolled at Xaverian High School – a member school within the highly respected NYC CHSAA Catholic League.   The CHSAA is arguably one of the top high school leagues in the States and has produced such basketball legends as Chris Mullen, Kareem Abdul-Jabbar, Mark Jackson , Kenny Smith to name a few.  Thomas was a three year starter at Xaverian but of greater significance he was a dedicated student awarded for his academic excellence.

Recently retired Xaverian Head coach Jack Alesi enjoyed coaching Thomas and knew that success would follow his talented big man who in 2011 was selected ‘first team all- league’ subsequently gaining significant attention from college recruiters.  “As a high school player, Manny was a cerebral player, someone who recognized his God-given talent but worked hard to develop them into skills both on and off the court,” explained Alesi who describes Thomas as having a  rugged demeanor on the Court but that of a gentleman who is committed to learning off of it.  “He truly understood the meaning of being a ‘student athlete’, a term that is often applied without merit to so many players. His success academically at Xaverian was absolutely as important to him as his accomplishments on the court.  That was the direct result of the way he was raised by his parents, his biggest supporters,” Alesi added.

It was at Xaverian that Thomas shed some of his ‘prototypical big man- back to the basket’ habits and developed his shooting as well as all around guard skills.   Thomas eventually moved on to the acclaimed New York Gauchos AAU program where his profile further attracted college scouts.    Offers came in from such places as Long Island University, Fairfield, Princeton, Mt St Mary, Robert Morris, Wagner and Marist College.  He chose Marist of Poughkeepsie, New York as it was the first school to approach him during his sophomore year of high school and the Marist coaching staff followed him to every one of his major tournaments throughout his high school career.

Despite a decorated University career that saw Thomas garnish All-Academic team honors for four years  his basketball life was unsettled as Marist went through three head coaching changes during Thomas ‘ tenure as a Red Fox.  It was during his senior year at Marist that Thomas demonstrated that he was a true asset to the basketball program.  He played in every game during his senior year, setting career highs in scoring and three pointers. With Marist’s three top scorers missing due to injury for a significant stretch of the season Thomas was called on to lead the team.  The Red Foxes even went on and secured a win in the MAAC conference tournament.  Coach Mike Maker lauded Thomas for his competitive drive, toughness and knack for taking charges.   He eventually graduated from Marist in 2015 with a Bachelor’s Degree in Criminal Justice with a concentration in Accounting but he is not giving up his academic pursuits.  He is now completing his Master’s Degree in Security Management.

With the itch to further his basketball career Thomas enrolled in the exposure camp offered through the McNeil Sports Group – a place where prospects hope to get scouted by professional teams across the globe.  In attendance at the New York City camp was the CBL’s Garrett Kelly who was familiar with Thomas during his coaching tenure at Siena College.

Kelly was impressed with Thomas’ 6’5” frame and his ability to defend the wing position – something he was taught to be invaluable when building a team.  “Manny struck me as an intelligent wing defender, he’s also a good kid and would be a good representative of the league (CBL) in the community,” Kelly explained.

On December 5 Thomas got the invitation by Head Coach Milt Palacio to join Durham United in the CBL. On December 6 he landed on Canadian soil to become a pioneer in this upstart league.  “I believe the CBL is off to a great start. The fact that we have televised games, are playing in quality gyms and are being paid on time is crucial for a new league,” he reported of his time in Canada where he shares accommodation with his teammates in North Oshawa.  “Although I have never had a conversation with Butch Carter (the CBL’s founder) all credit to him for setting such high expectations for this league,” he said.

Thomas has kept himself busy with the team’s regiment of training under the experienced eyes of Coach Palacio; dedicating himself to his last class for his Master’s Degree, eating healthy and finding time to challenge any takers in a game of FIFA, Call of Duty or Battlefield.

Coach Palacio reports that his Brooklyn recruit has brought energy to the team and has been instrumental in developing comradeship among his teammates.  But Coach Palacio cautions that Thomas’ “great positive energy” needs to be met with developing himself as being a knock down 3-pt shooter and defensive stopper.

For Manny Thomas the immediate goal is to bring a championship to Durham United followed by playing professionally in Europe.  But the Brooklyn native also knows that his playing days will eventually come to an end.   His bold prognostication: “Ultimately I want to prove to a job recruiter and the human resources department that not only did I play basketball professionally I was able to multitask to complete another degree.”