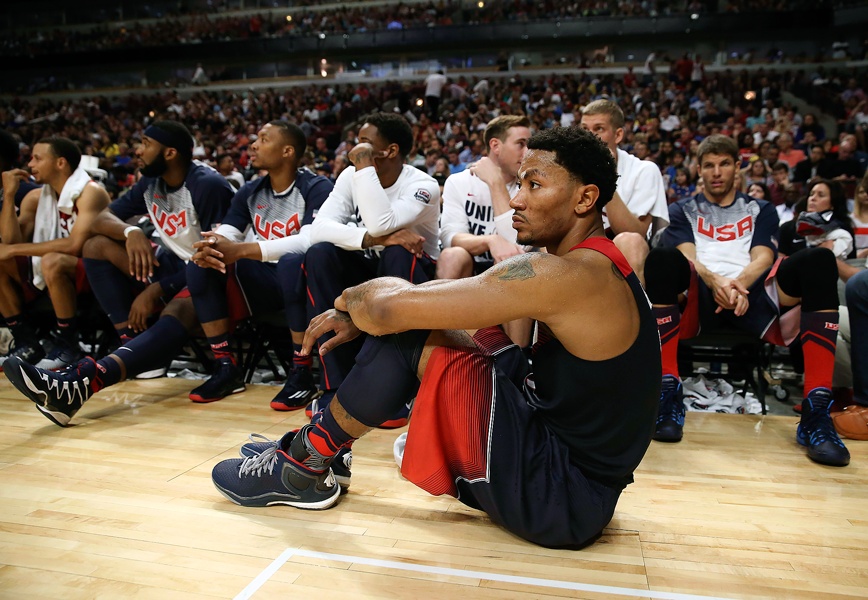 Derrick, the Rose that grew from the concrete, cinder block, side-lining of a two season long injury doesn’t want to wilt like Chamberlain to courtside again.

For Team U.S.A’s world hoops in his city of Chicago this number one Bull has been a stampede in a tea-cup, force of wind for his country. Still, despite being explosive like microwaved dynamite off the bench Rose wants to make sure he stays off the bench permanently in more ways than the one of showing Kyrie Irving’s starting job the pink-slip.

Rose was something like a quoted “phenomenon” in a win against Puerto Rico and the and 1 tricks of Carlos Arroyo trying to show up the U.S.A. like he did almost a decade ago when he turned what was once a dream team into nightmare they have since woke up from. Still after missing more practices than Allen Iverson and one exhibition due to soreness in his injury fans are hoping this fuel injected star hasn’t pressed the nitro-oxide button on his fast and furious lane running too early in this comeback race.

As great as his present looks in making the 12 man cut for Coach K’s FIBA World Cup in Spain and the future trophies he could bring to the wind of Chicago now he’s back anytime the four letter word of the one part of his body that could cap this all off his club and country hold their collective impatient breaths.

Going down on one knee twice like a determined husband to be, Derrick doesn’t want to be married to this injury but coming back from an injury of this type is a rare, if not caution inducing injury. Still you cant live this life held back by fear and Rose has already shown the determination that he is well and truly back. We don’t want to jinx anything like our ‘Chicago Trilogy’ comeback features to begin last season but we’re just all worried for a guy that should be right there with Irving’s teammate LeBron James and Kevin Durant as the leagues best of the NBA best…prayers to Paul George.

We have a funny feeling DRose is going to show and prove that it’s all O.K. though and the next time he falls on his knees will be in the centre court of the United Centre with the game ball in his hands like Michael Jordan about to celebrate Chicago’s next championship dynasty. Then everybody will be smiling in Common for the city of hip hop scoops. That’s how it’s going to be. 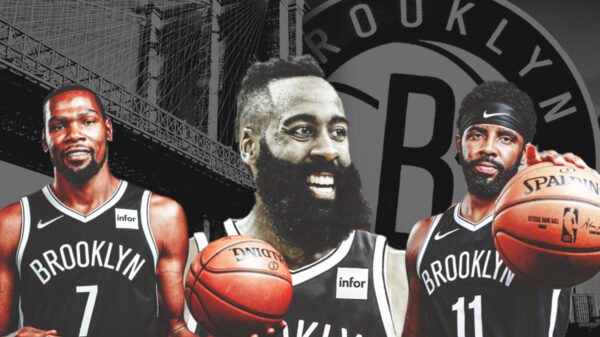 Do James Harden, Kevin Durant and Kyrie Irving Make The Biggest Three Ever?

Brooklyn Nets have made a splash move, acquiring James Harden to form the biggest three-ever with Kevin Durant and Kyrie Irving.