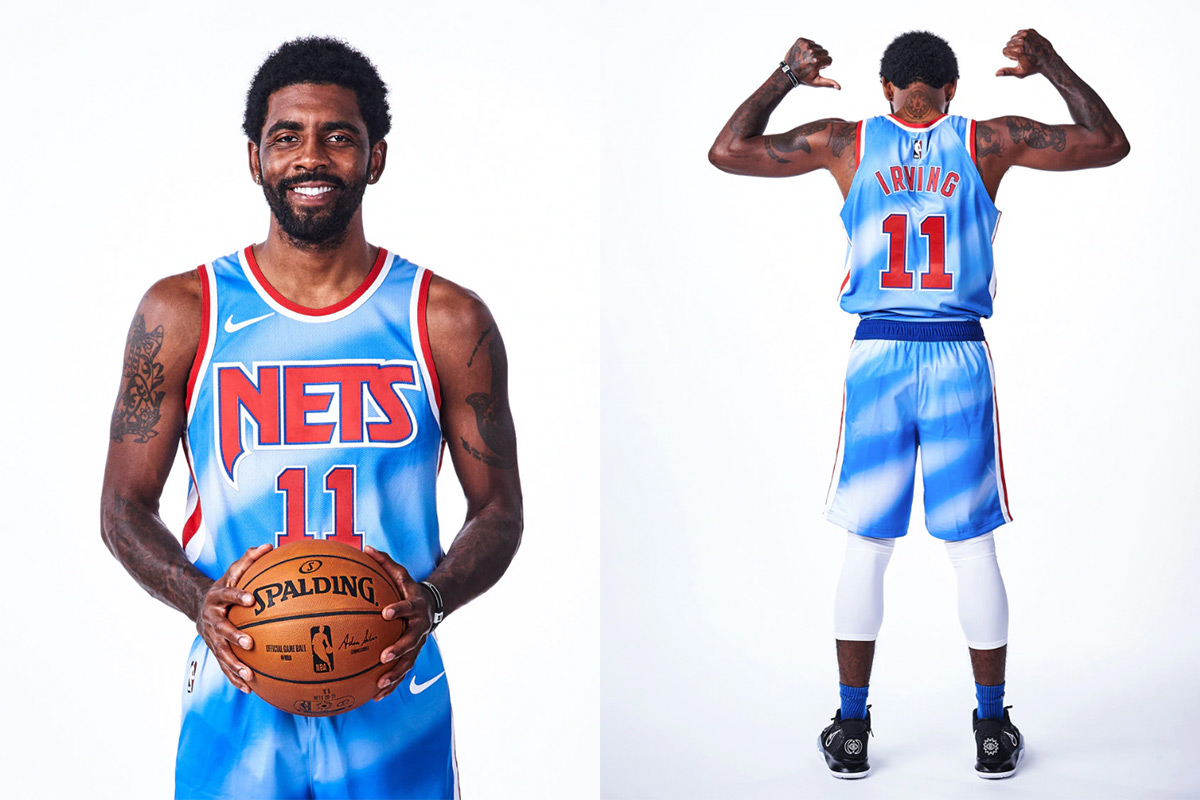 Brooklyn Boys Throw It Back To 90s Nets Classic Jersey

Like the ‘Fire’ of Joe Budden, “let me make this statement loud and clear, Jersey’s here.” They’re going to feel this one all the way back in the Meadowlands.

Spreading love the Brooklyn way, the Nets are looking to reclaim New York basketball from the rotten apple of the Knicks. It starts with their superstars, but is also embodied and embroidered in the sharpest threads as they run down the baseline.

The Lakers have barely hoisted the Larry O’Brien and we’ve already had some new jerseys looking to next season and the promised land. Just like the inspired and iconic ATL MLK uniforms … but these really are new jerseys.

After standing up for Brooklyn, jersey wins again. The Nets from Bed-Stuy to Biggie coogie sweater trim have always gone hard for the B.K. Now it’s all about those jersey boys like Springsteen or a Broadway musical.

Kyrie and Kevin will rock a blue drop, dripping like their water buckets next season. One vintage throwback reminiscent of the days of your guy ‘Mr. Chibbs’, Kenny Anderson and DC, Derrick Coleman. Now that’s big. Legends of this game have been washed in this tie-dyed classic ready for Urban Outfitters hipsters that celebrates its 30th anniversary in 2020.

Who could forget the late, great Drazen Petrovic, too? These ’90s testament throwbacks in tribute are for him. One of the greatest the game has ever seen, and all that could have been for a man who was chasing the greatest MJ like the rest of the league … just in a different way.

The Euro GOAT was just that close.

This really is a classic edition.

With the greyscale court Brooklyn rolled out with a B.I.G. sideline accessory last season to go with their jerseys, expect this creative team to take it back to New Jersey on the floor. If we’re not careful we may even get a game in East Rutherford to really trip down memory lane.

Nevertheless, it’s all about the future in Brooklyn.

The Nets are yet to sport their greatest new look on court. The dynamic-duo-to-be of Kevin Durant and Kyrie Irving in the B.K. However, when they do take to the floor together you just know they’re going to look the part in this hardwood classic art.

Now your favourite hue is baby, not Jay-Z blue.