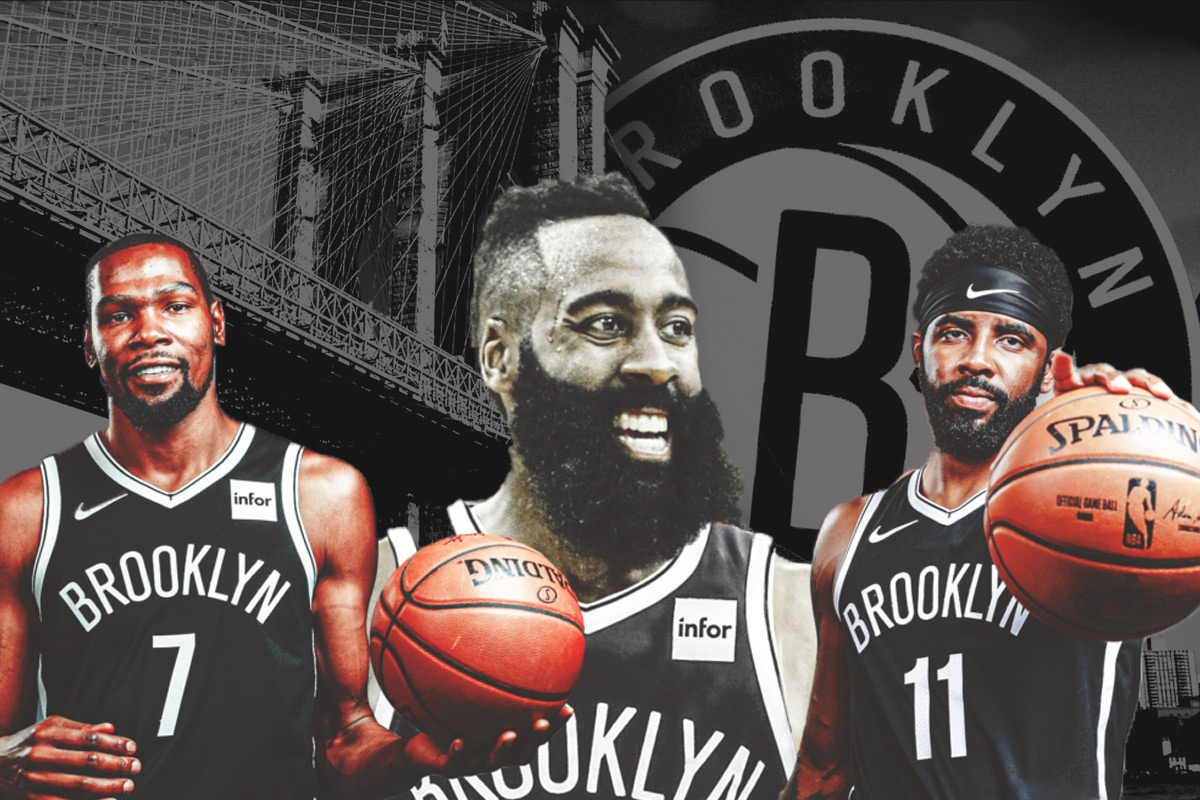 I give it a year.

Seriously though, can a big-three of Kevin Durant, Kyrie Irving and James Harden co-exist?

Do three GOATS make for the biggest three of all-time?

There’s so many questions and things to unpack with this blockbuster of blockbuster trade.

I don’t mean to sound like an insecure man at the beginning of a new relationship, but now former OKC big-three teammates Durant and Harden are back together. Is this even going to work?

It didn’t with former Thunder buddy Russell Westbrook when he was briefly a Rocket, even if that dynamic duo was more than nice. And there were more problems in Houston with Harden like Chris Paul after this off-season trade for John Wall.

The man with the potential to be the new Big Game or King James (Harden) said the Rockets simply “(weren’t) good enough.”

DeMarcus Cousins was right. These fourteen remaining players, “did nothing to him”.

Durant, Irving and Harden may be three of the best playmakers of all-time, but they are also three of the most volatile players ever. Jimmy Butler proved last year in Miami you only need one to do it. It being taking your team all the way to the bubbling brink of the Finals in Florida and almost beating LeBron’s Lakers.

Besides who knows what’s happening with Kyrie right now as the unhappy reports from camp are starting to strangely sound like something out of Boston that we’ve all heard before. The artistically talented point guard like Basquiat in those Brooklyn City Edition jerseys showing up without a mask like he believes in coronavirus as much as he believes the world is round.

So here’s guessing there’s more than one reason Brooklyn has to take that deal.

The most talented trio ever that even makes the Voltron formed in Miami of LeBron, Wade and Bosh look like something that washed up on the South Beach shore. A holy trinity of basketball history that might not just dethrone the Lakers, but crush the crown of King James in the palm of their hands like a click of Thanos’ fingers.

Let the infinity war for the endgame begin.

Brooklyn wins again as New York could now be as big a town for hoops as it is the biggest city in the world. Illuminating like Times Square, the glare is across the other side of Brooklyn Bridge now as Barclays affords the new world’s most famous arena.

Canadian coach and two-time NBA MVP, Steve Nash is going to love drawing up plays for three Most Valuable Players to run free, just like he did in Phoenix. Leading a blazing fast break from the Point Guard position that led to a Sun Stoudemire STAT stuff.

The guy who used to make the game look easy is about to have the easiest job in the world.

The Nets may have gained, but they gave up some youth for a certified superstar who we can’t be certain will be in it for the long run. This three-way sees a haul of players for Houston and more picks than you can shake a stick at changing hands. Including what would have been the B.K.’s Sixth Man of the Year in Caris LeVert. Who has now also been traded to the Pacers for star Victor Oladipo (another former Thunder). Watch this small ball Rockets soar…at least down the court.

Big C Jarrett Allen and flashy forward Taurean Prince are also headed to the land of Cavaliers. While the Rockets receive Dante Exum from Cleveland to go along with Net forward Rodions Kurucs too.

Take a breath. The NBA is wild.

But nothing right now is crazier than this big-three.

Let that marinate before it boils as number 13 stirs the pot again.

The Nets gave up a lot to gain James Harden. What else they are about to lose remains to be seen.