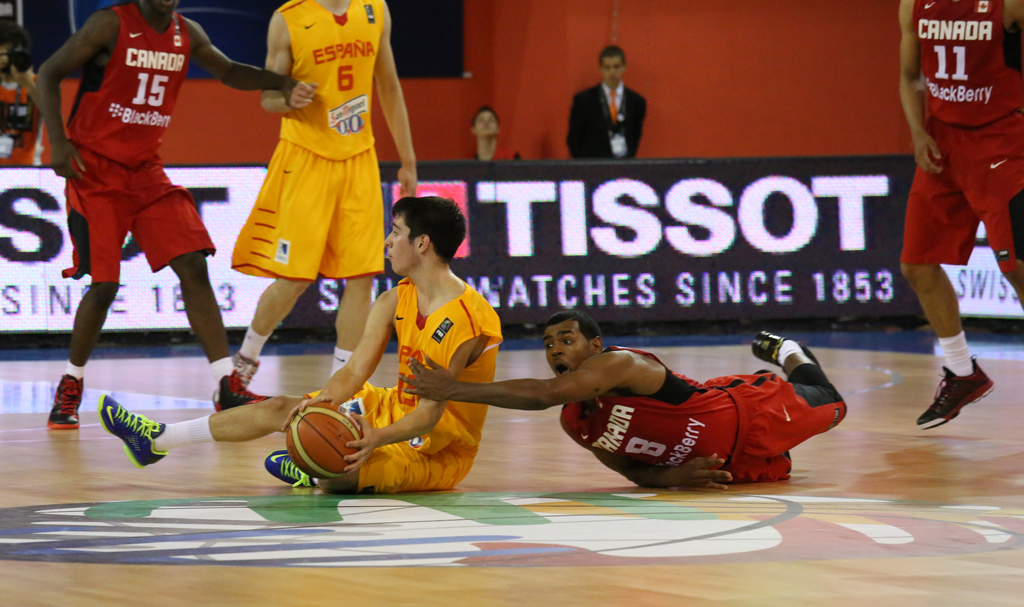 Prague, CZ – (BasketballBuzz) – Canada’s quest for a medal at the 2013 FIBA U19 World championships got off to a disappointing start as Canada’s Junior Men’s National Team (JMNT) dropped an 80-71 loss to Spain in Group A action.

With the score tied at 54-54 after three tough quarters of play, Spain exploited Canada’s perimeter defence by nailing six of their eleven three-pointers in the fourth quarter outscored the Canadians 27-16 on their way to a tough opening victory.

Syracuse Freshmen Point Guard Tyler Ennis paced the Canadians with a team-high 20 points and three assists. Trey Lyles added 17 points and seven rebounds but shot only 4-of-14. Xavier Rathan-Mayes rallied the Canadians at the end of the third quarter and also finished with 17 points on 7-of-15 shooting, including two three-pointers.

The Spanish side moved the ball crisply the entire game and continuously found sharpshooter Josep Perez who came off the bench and drilled six of his countries eleven three-pointers for a game-high 23 points in 28 minutes.

Turnovers (Spain 18, Canada 19) crippled the Canadian offence for most of the game, especially in first-half. Canada got the better of the glass with 31-28 advantage.

Canada will now face a must-win game against Croatia in the second game of Group A.