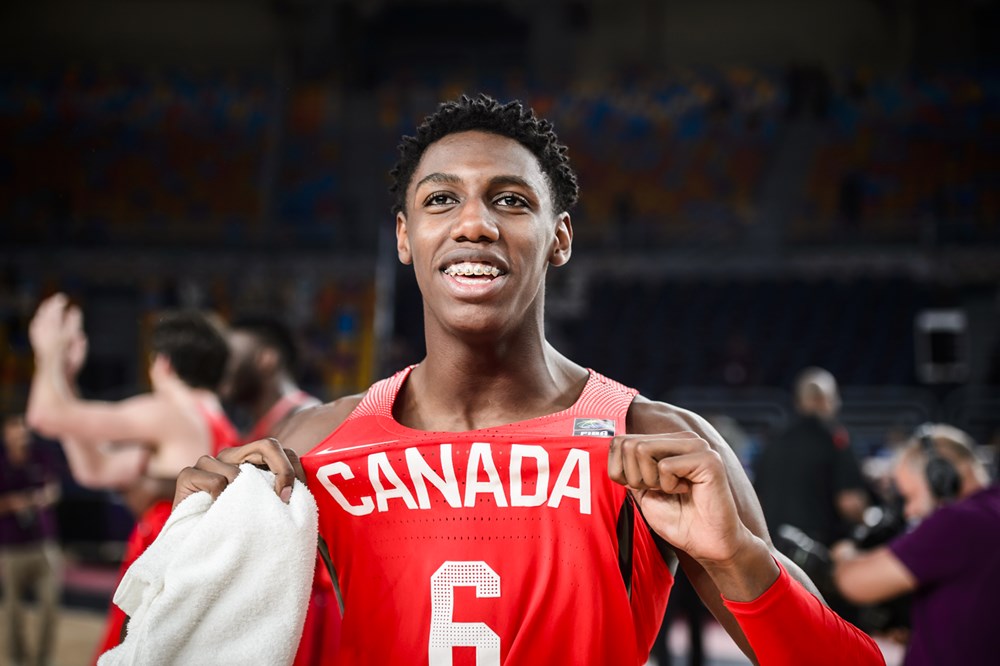 In what will go down as one of the greatest individual performances of all-time, and arguably one the most important international team victories in Canadian basketball history, 17 year-old Rowan Barrett Jr. put Canada on his back and torched rivals United States of America with an incredible 38 points, 13 rebounds, 5 assists masterpiece for the ages.

Canada’s Junior Men’s National Basketball Team upset the two-time defending champs with a stunning and mesmerizing 99-87 semi-finals win to advanced to the Gold medal championship game of the 2017 FIBA U19 World Cup in Cairo Egypt. Team Canada (5-1) will play for Gold tomorrow against Italy (5-1). 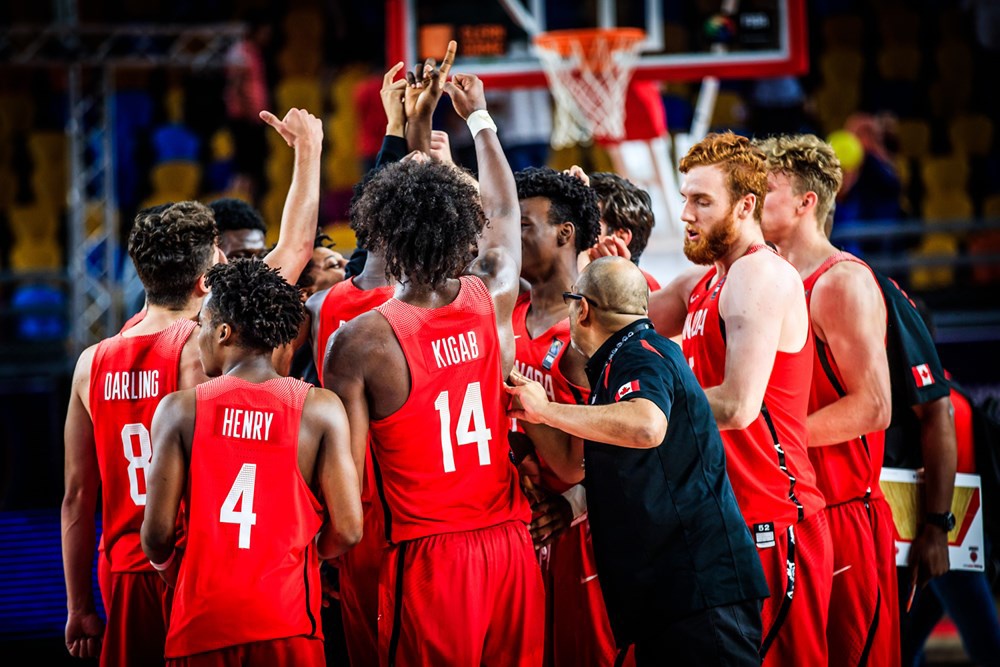 The United States and Head Coach John Calipari (Kentucky Wildcats) threaten to run way with the game in the early minutes of the second-quarter, stretching their early lead and sizeable height advantage to double digits at 28-18 with 9:05 to play. Canada ripped off a crucial 13-3 run, capped off a by a tough three-point play by Barrett Jr. to tie the game at 31-31 at the mid-point of the quarter. Canada’s 2-3 zone continued to frustrate the Americans, forcing the Americans to miss contested jump shots while riding the hot hand of their young phenom who poured 14 more points in the quarter, increasing his half-time total to 23 as Canada led 45-42 at break.

Canada scored the first two-points of the third-quarter on a beautiful back-door cut dunk by Barrett Jr. to put the Canadians up 47-42, from there the USA had one last strong push taking a short-lived lead at 53-52 on three made foul shots. The game of basketball is a game of runs and much like their second-quarter run Canada put together another game changing 13-4 spurt to close the quarter with 66-59 lead and 10 minutes away from making history. 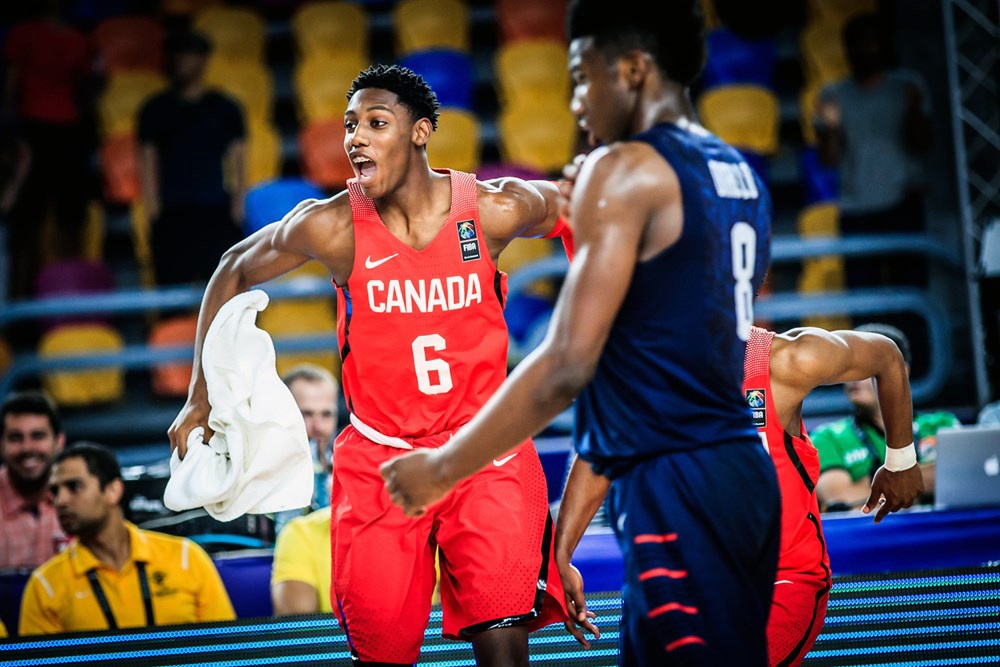 Barrett Jr. added 7 in the quarter and Canada’s bench stepped up providing a much needed spark when it matter most.

The Canadian lead reach double-figures at 72-82 on a made jumper by Grant Sheppard and game-high 12 points in the late stages of the game as Barrett Jr. fouled out with Canada ahead 89-78 with 2:55 remaining.

“What an incredible moment for Canadian basketball, for these kids, for this team. Great win, now we’ve got to move on and get ready to play for – as unbelievable as it sounds – a world championship.” – Roy Rana, Head Coach 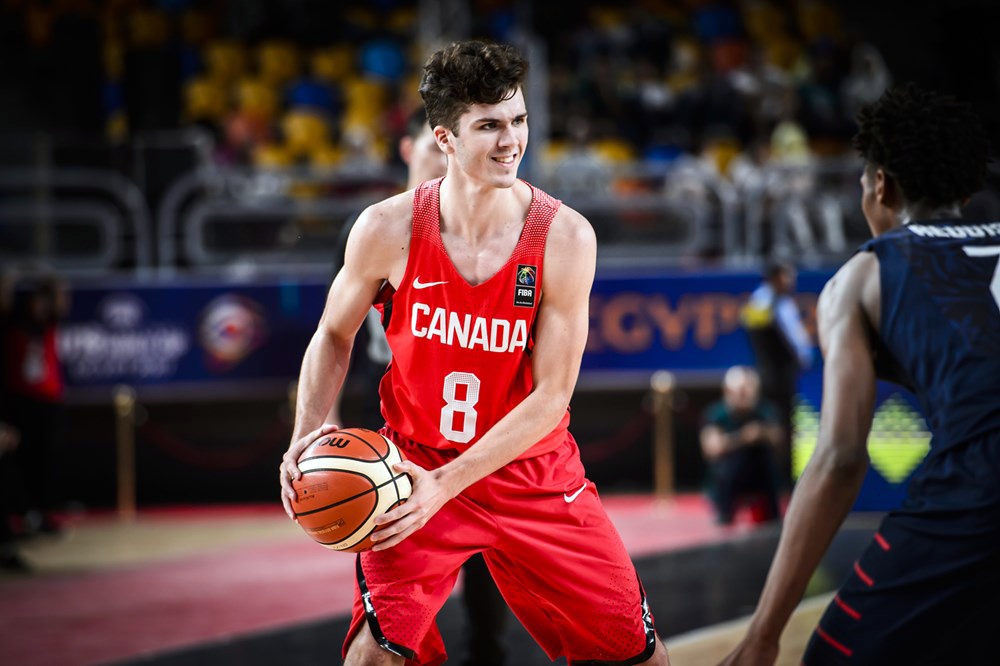 P.J Washington paced five USA players in double-digits with a 17 point, 11-rebound double-double, but shot only 9/16 from the line.  Austin Miller pulled down a game-high 17-rebounds to go alongside his 13 points. United States won the battle underneath the glass with a 62-53 margin.

The loss was the United States first defeat since the 2011 U19 World Cup where it finished fifth, falling to Russia 79-75 in the quarter-finals. For comparisons purposes the USA beat  Canada 83-54 in the round-of-16 by a wide 29 points margin. Canada finished in 11th-place with a 3-5 record. Canada’s roster featured Phil Scrubb, Kevin Pangos, Olivier Hanlan and others.

Canada’s lone defeat 78-73 loss came at hands of Spain in the second game of group C action. Italy’s only loss was to the United States which will play for Bronze against Spain.
Advertisement. Scroll to continue reading.
In this article:Featured, FIBA Basketball, Montverde Academy, Rowan Barrett Jr., Team Canada, Team USA