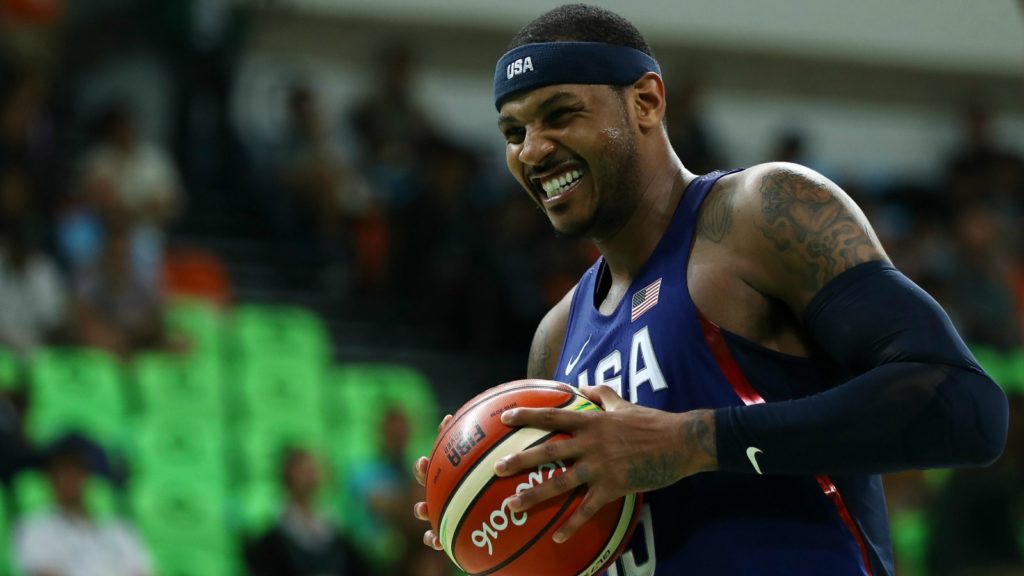 Last night Kevin Durant lead his new Klay Thompson and Draymond Green, Golden State Warriors teammates and Team USA to a 57 point blowout of the Chinese national team in their 2016 Rio Olympic Basketball opener that was worthy of a ceremony in itself. The biggest margin Team US have won by since Sir Charles Barkley and the Dream Team gave Angola trouble to the tune up of a 68 point nightmare.

No LeBron. No Steph. No problem!

Team USA’s route to gold looks more like it could be a rout.

But from Spain to even host nation Brazil, the United States are by no means guaranteed gold.

But they were the W last night as after being down a bucket they started a 9 to 2 run that no one would look back on.

The boys in away blue looked like the were in cruise control, but they hit the nitrus on the road to glory with help from Olympic veteran of the past two games starting in Beijing, Carmelo Anthony. His nicely wrote line of 9 points, 7 rebounds, 2 assists, a steal and block each underlined this big, perfect score. His 24th game for country tied him with King James and the Admiral David Robinson (who celebrated his 51st birthday this weekend…we salute you sir! Many happy returns!) for most in history for these United States and if Durant is the deficit leader, than ‘Melo is the calming, elder statesman, veteran presence.

24 was a key number in this day like Kiefer Sutherland, as that’s how many times the U.S. forced the Chinese to give up the ball. The talented Far East side may have been a far cry from a victory on Saturday but save your tears. This team and country is talented and still could break down barriers. If you thought they’re dynasty ended with the retirement of Yao Ming’s legend then just look at the legacy he has left. Just look at former NBA player Yi Jianlian, who may have just sent his resume back to the league with references of 25 points and 5 blocks available on request.

Canada’s Toronto Raptor DeMar DeRozan put on an aerial assault of a dunking display, putting the 6 back on the map again. So much so that it may be time to dub this child of Carter the new Air Canada before he touches down back in the north for the new season.

In his last games coaching this American dream, Duke head Mike Krzyzewski looks to continue his unbeatable, clean 17 and nothing record against Venezuela on Monday.

Coach K and the nation he holds hope come the end of this weekend they’ll still be dreaming.