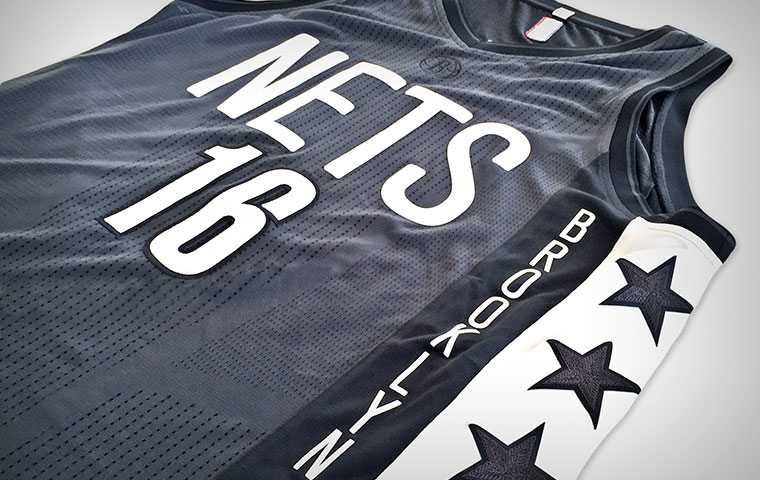 Brooklyn Nets Remixed New Jerseys Take It Back To N.Y.

The Brooklyn Nets could use a little reworking to keep them fresh. Even if ever since they departed from the Springsteen Meadowlands of New Jersey and headed for the city of New York’s coolest borough they’ve looked as much as every cent of the millions of bucks invested in their relocation to the bold and bravado Barclays Centre.

But what’s gone down on the woodgrain parquet has not looked so smoove. The Kevin Garnett and Paul Pierce, Boston Celtic superteam experiment didn’t exactly work out (The Truth between Washington and Clipper town has bounced from team to team, whilst Da Kid is back home with his Wolf Pack in Minnesota) and the Deron Williams and Joe Johnson eras are officially done and dusted.

Now a Brooklyn brass that is getting no sleep must rely on underrated big-man twin Brook Lopez and former New York 15 minutes of fame star Jeremy Lin to hit nets for the club.

Because this state of the art franchise may look good, but their bare bones team is a few hip replacements from feeling good right now.

At least their apparel is on point like D-Will used to be. You can’t go anywhere-especially in the Knicks city-without seeing that B.K. logo on black or white. Just like their classic home and away jersey signatures, Brooklyn knows how to go hard like S. Carter.

Even since Jay-Z’s ownership sale there is still a lot at stake when it comes to their stock. From Los to sleeves just look at some of their alternatives. From the powder blue on grey third string uni to the white stars and stripes classic homage.

Well now the Nets are throwing it back even more like Mitchell and Ness when it comes to uniforms in that same vein. They’re taking it back to the ABA when the good doctor Julius Erving was making above the rim calls. The ‘Brooklyn Remix’ jersey even takes it back before these Nets moved to New Jersey with Jason Kidd, Kenyon Martin and Richard Jefferson or Vince Carter and were actually as much a part of the Big Apple core of basketball as the Knickerbockers as they are now. The 80’s to 90’s golden era when the Nets were as Long Island as ice tea.

Paying homage to all the parts of greater New York that this franchise have put up nets in, these new jerseys that look as good as Jeremy Lin’s haircut and hot streak are the best yet. Especially in a summer that has seen some new hotness. From the Orlando Magic logo black alternates to the Wizards stars and stripes spell honouring soldiers. And who could forget Toronto’s sky blue signatures that pay tribute to hockeys Huskies? You’ll see owner Drake rocking them in the 6 one night soon.

Now these charcoal stars on stripes look from the Nets with the Brookyln trim will take to the court walk 12 times this season. Lets hope the Lopez and Lin lead B.K. bombers have 12 men that look just as good. So they can turn around last seasons low 21 win campaign.

Then that will be something they can really rock.