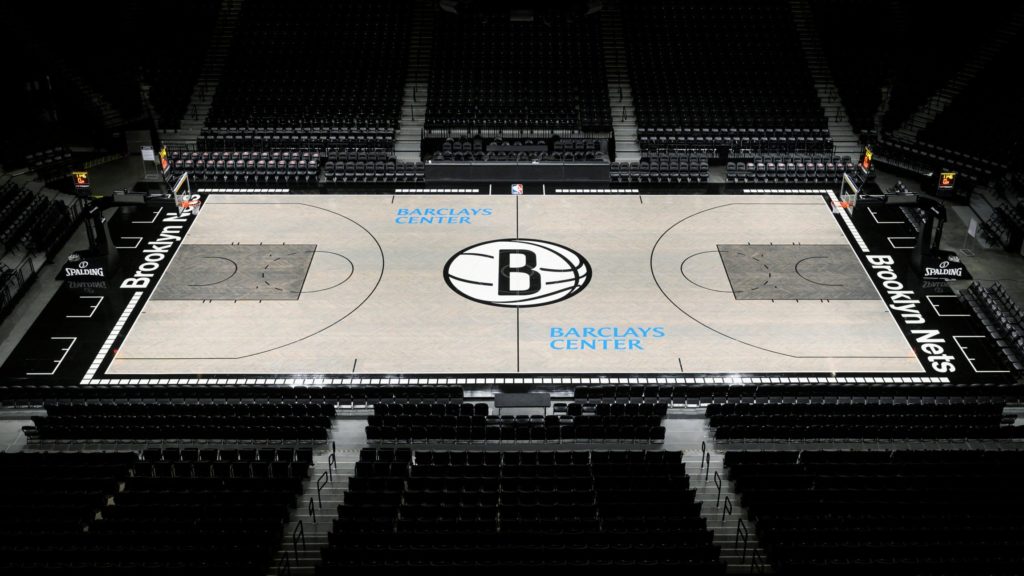 How real is this? You’re going to love the Brooklyn Nets notorious new, instantly iconic court design like B.K. M.C.’s Biggie and Jay-Z loved the dough.

Don’t adjust the brightness on your phone, this is no Instagram monochrome filter.

Off the Boston Garden like woodgrain parquet, it’s going to be a grey day for Brooklyn all next season like they’ve got no sleep, despite the Summer signings of Kevin Durant and Kyrie Irving bringing nothing but blue skies to the fight for N.Y.’s now premier New York team.

Sure the old wood rubbed like the dashboard of your car was signature in itself and this new grand design looks perfect for last years real king of New York, D’Angelo Russell, now across coasts in The Bay after his breakout season as he moves to San Francisco like Golden State and departing Durant to this station. But this grey in classic court designs is revolutionary. Besides Brooklyn have so many unique uniforms throwing it back in their cupboard collection of amazing apparel that it’s all about slick style no matter the season.

Colleges from Oakland to Oglethorpe have experimented with beautiful blacktops before. But this New York borough look that takes it back to the playground parks of NYC is the boldest and best first time anyone has made a move as such in the NBA.

This is the craziest court creativity, fading to black since the Lakers went ‘Lights Out’ in ’06.

Bring on the rest of the coolest court cuts coming soon. How about a purple and gold Lakers or Golden Gate Bridge across Golden State’s?

Or a neon Atlanta Hawks?

Haters will say its photoshop and New York Yankee pinstripe distracting to the opposition, but what about the competitive altitude advantage in Denver’s mile-high city? You won’t be able to take your eyes off this however in the coolest league and most stylish sport headband (don’t ban the Kung-Fu Kenny’s) to sneaker squeaking on this new grey grain.

From lining their jerseys with the same trim off the Notorious B.I.G’s Coogi sweaters to double header playing the Lakers in China’s Shenzen and Shanghai, the Brooklyn Nets know how to make a statement like their amazing alternate Nike jerseys. And now they are just doing it again. Even bringing back the Subway signage design along the baseline that made for some perfect photo promos when they hosted the 2015 NBA All Star Game.

Next stop being born again on court for a sky’s the limit season.