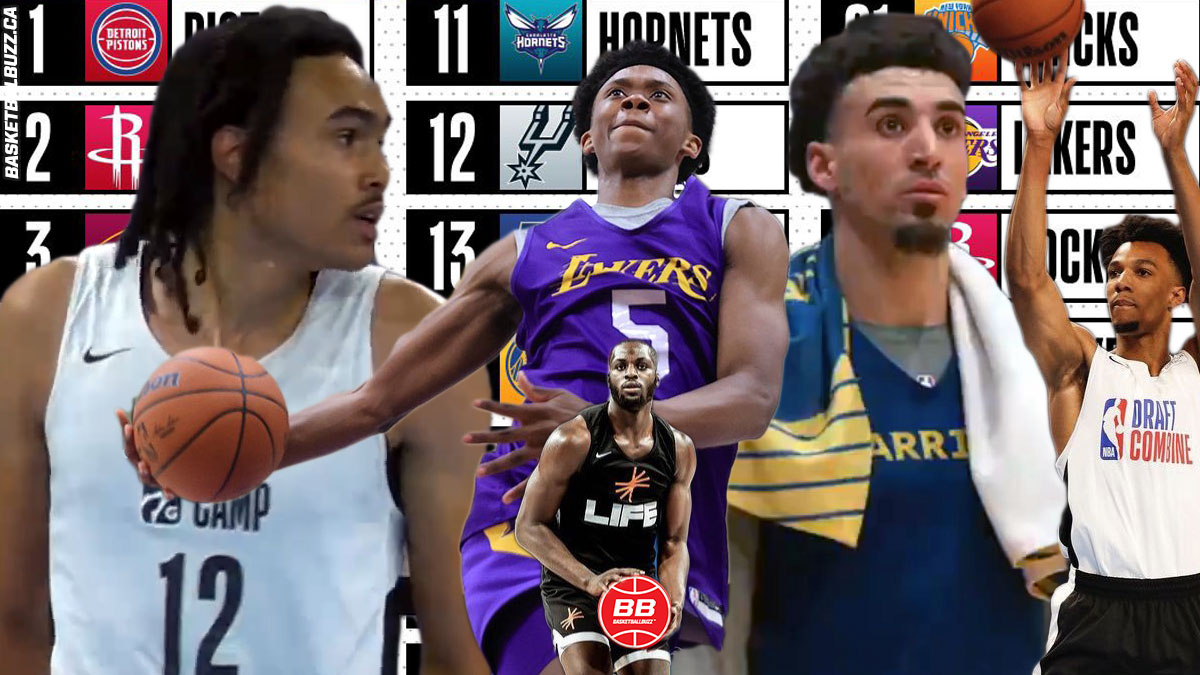 Stick a fork in it.

Canada’s NBA draft losing streak will end tonight, and with the possibility of more future first round-picks in the horizon, it could be a long-time before we see another NBA Draft without a Canadian shaking the commissioners hand like we did in 2020.

Six of the nine players that declared and went through the entire NBA Draft process kept their names past the deadline to return to college basketball.

With three (Joshua Primo, A.J Lawson, Eugene Omoruyi) of the five potential Canadian draft candidates signed to the same agency, it resulted in many of them training together and attending the same pre-draft workouts

Regardless of what the mock draft boards say, Canada is guaranteed to have multiple picks, with a high probability of two lottery picks in Joshua Primo (Mississauga, Ont.) and Chris Duarte (Montreal, Que). Although, it wouldn’t be a surprise to see a team take chance at drafting six-foot-nine point-guard Dalano Banton.

Primo earned an invitation to the 2021 NBA Draft combine and didn’t disappoint. The youngest player in the draft strutted his game to potential suitors in pre-draft workouts such as the Chicago Bulls, New York Knicks, San Antonio Spurs, Oklahoma City, Indiana Pacers and the Lakers.

Primo called Los Angeles a “great place to start his career.” The Lakers hold the No. 22 pick and could be in prime position to snatch-up Primo, adding the young Canadian to a roster in desperate need of consistent three-point shooting.

The Mississauga, Ontario native has seen his name appear in various spots across multiple draft boards, and could very well be a lottery pick.

The best overall Canadian prospect on the board, the Montreal, Domenican Republic raised guard is expected to hear his name called in the first-round and is projected to be selected in the NBA lottery.

Duarte declined an invitation to the NBA Draft combine process, indicating that he was pretty much guaranteed a top spot from one the top 15 teams in the draft.

The former Oregon Ducks and Pac-12 player of year had two competitive workouts with the Golden State Warriors, the latter requiring the presence of Klay Thompson, Stephen Curry and James Wiseman. Duarte also workout with the New York Knicks and Los Angeles Lakers.

Who doesn’t like a six-foot-nine point-guard that can stuff the statsheet? Despite his shooting touch needing some refinements, Banton has all the intangibles to orchestrate a NBA offense.

Banton was selected to the G-League Elite Draft camp and registered some eye-popping anthropometric results, including a standing reach of nine-feet and near six-foot-eleven wing-span at the point-guard position.

Forget all the smoke, mirrors and illusions, A.J Lawson is ready to snatch-up a NBA roster spot. The former South Carolina Gamecocks product was amongst the top prospects at the the G-League Elite camp with averages of 12.5 points, 8 rebounds and one steal.

Lawson’s confident attitude and strong play led to an invitation to the NBA Draft combine, where he further opened up more eyes as a two-way player. The Brampton native was extremely busy throughout the draft process with workouts with the hometown Toronto Raptors, Dallas Mavericks, Sacramento Kings, Boston Celtics and various other teams.

Its easy to see why Eugene Omoruyi has the potential to be selected as second-round prospect during the 2021 NBA Draft. Despite limited opportunities at the G-League Elite camp, Omoruyi did enough on both ends to convince half a dozen teams to bring him in for official workouts.