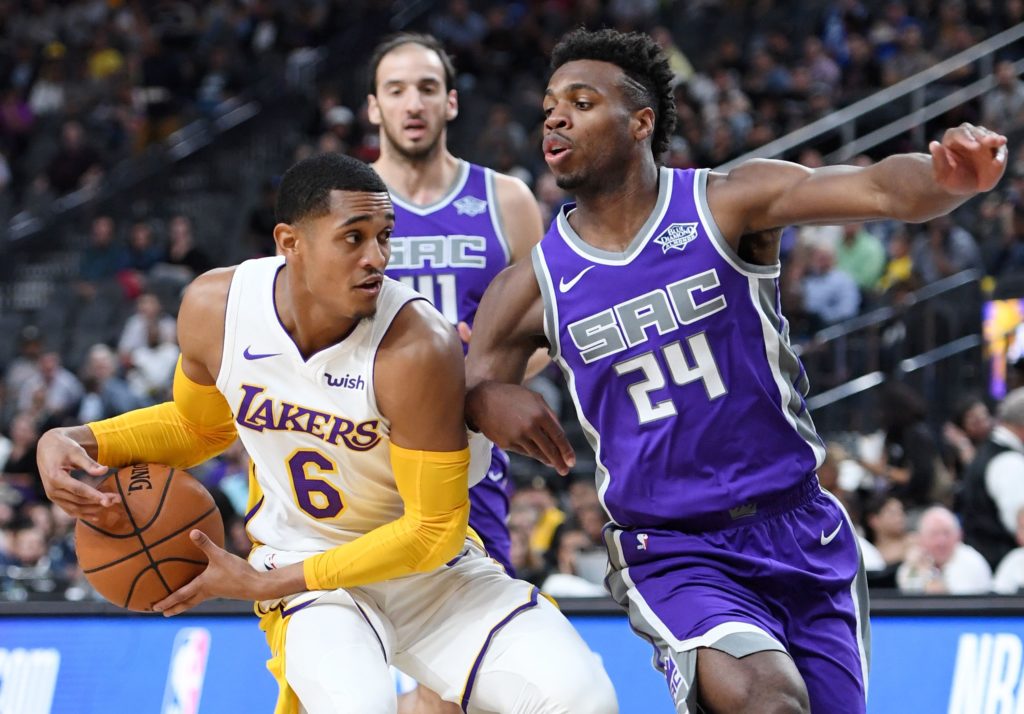 Last year for the hardwood polish off the pine the Lakers had two NBA ‘Sixth Man of The Year’ candidates to choose from off the bench. Former Drake dubbed Toronto Raptor ‘6 Man’ Lou Williams (now across STAPLES with the L.A. Clippers), who was actually an award finalist following his late season deadline trade to the Houston Rockets. And fellow point machine in Shooting Guard form Nick Young who gets buckets faster than videos upload online. Who is now getting it for the Durant and Curry champion Warriors in the Golden State of California, as the former zero subtely rocks the number 6 in uniform.

But maybe the current Lakers number 6, Jordan Clarkson could become this seasons ‘Sixth Man Of The Year’ by regulation end like their last notable number six Eddie Jones didn’t want to be back in Kobe’s rookie year of ’96.

The Lakers have so much young talent on Coach Walton’s roster even his All-Star friend, upside down 9 now, Luol Deng can’t get any play. So much youth revolution that they’ve even assigned a guy called Bryant of all namesakes to the D-League for their South Bay Lakers development team.

Although Clarkson’s Ingram matching 18 points (kid usually microwaves about 15 to 18 per) couldn’t band-aid the 109-96 bleeding in the garden of Boston last night in a comeback renewing the old storied Lakers/Celtics rivalry, J.C. has been a blessing everytime he’s gone from wood splinters to parquet. From mid-range to downtown he’s a great spot up shooter from three like the man who starts in place of him K.C.P. And just like from three leave C to run the open floor for an end-to-end ‘Baby Driver’ quick lay-in or dunk and this kid is more than J’s and more like the praised Pope free agent significant signing than first (after)thought. Expect the young veteran Kentavious Caldwell-P to mentor this decent defender more too as the Lakers new Showtime looks to its on the floor showstopper with a future as bright as K’s yellow Kobe kicks last night.

Leading a reserve rotation off the dry-erase change, Clarkson started this now four season long late round draft steal to go with their top ten draft picks like Julius Randle trend. One that has seen a Larry Nance Jr. or Ivica Zubac for every D’Angelo Russell and Brandon Ingram. And now even a Kyle Kumza or Josh Hart for Ball. And now arguably the most amazingly fashionable player in the L this side of MVP Russell Westbrook is about to reverse a new trend like the seventh heaven of former Sixth Man Of The Year Lamar Odom (stay up L.O.).

Carried by the 6, just years ago when Randle Gordon Hayward-ed himself on opening night who would have thought a post-Kobe Lakers would be in safe hands thanks to names like Jordan?

In this article:Featured, Jordan Clarkson, Lakers, Sixth Man Of The Year