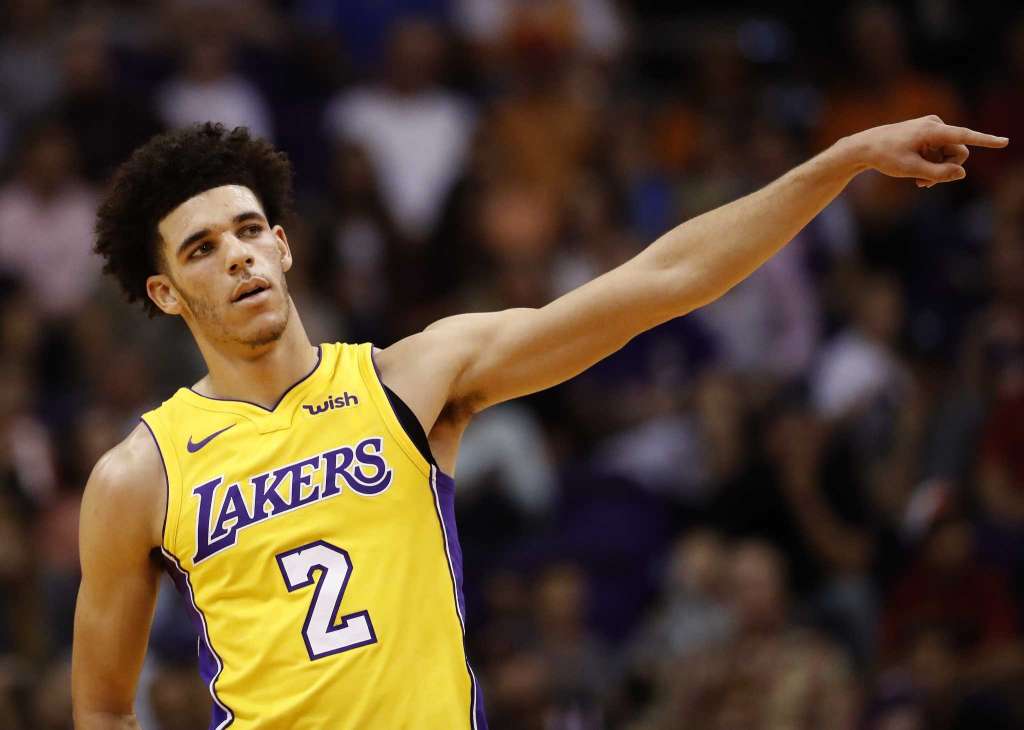 “Appreciate it” he sure did. But Los Angeles Clippers guard Patrick Beverley didn’t think it’d only take one day and one game for Los Angeles Lakers rookie Lonzo Ball to look back and do so.

After the former Lakers draft pick himself of seasons past played mind games with Ball, ran b#### moves on him and held the number 2 pick of this years draft to just 3 points, 4 assists and 2 turnovers in the new battle for Los Angeles at STAPLES, the Lakers may have had the floor, but the Clippers had the house 108-92. And even after the game, Beverley rushed Lonzo in the players tunnel and told the Ball kid to “get used to it” as after his father Lavar’s talk. This most hated kid for the most hated team in tinsletown was going to get it from all comers. Ball senior responded with his First Take post game, talking too much like Stephen A. Smith joined by his Jamie Foxx brother Cleveland A. Smith and asking “whose Patrick Beverley”?

I think after opening night, everyone knows exactly who he is and what he did to his son.

But last night Ball bounced back in legendary to be Laker legacy fashion just like he did this Summer in the Las Vegas Summer League that saw him take home the MVP award of the tournament that he led his Lakers to win. After sinning his first came in the city, Ball hit a triple 7 before putting up all sorts of big game, big time numbers in the rookie and sophomore showcase. And now with his redemption game in Arizona against the Suns he rose again like the Phoenix he defeated as he Ice Cubed around and almost got a triple double with 29 points, 11 rebounds and 9 assists, showing he was the complete player with all the tools in his package for everyone subscribing on league pass.

Must Read:
Golden State & Cleveland Go All In For Cavs/Warriors III

This Pacific bottom feeding NBA game turned out to be an exciting affair of talent to be. As the Lake Show held off Phoenix on the road. Who were burning bright with 28 from Bledsoe and 25 from Booker, until two free throws in the waning seconds that could have sent the game into overtime came up with nothing but lint.

Sophomore sensation Brandon Ingram also had a career high 25 points for the L.A. Lakers as these two number two picks dynamic duo showed they where a partnership of promise to align with in the City Of Stars. B.I. getting to the basket all on his own as effectively as Lonzo found him and his other Lakers with crisp passes off the bounce or alley. Fellow potential pouring rookie steal Kyle Kumza, who impressed in preseason following an inspiring Summer League championship game Most Valuable Player nod in place of Ball also had 15. Whilst original late round rookie steal before Zubac or even Nance, back in the Julius Randle days, Jordan Clarkaon added 17 of his signature lay-up and pull-up own.

The Lakers ended up taking the game 130-132 in a high scoring affair performed and provided for by the rook with the Spalding second name as Ball showed he was no bust in his Rookie Of The Year candidate performance. Putting the haters and Beverley back down patt in a comeback game after one of rookie rust that left everyone but Lavar speechless.

And of course in response to all this the son of the father with the mouth just stoically said nada and let his great game do the singing.