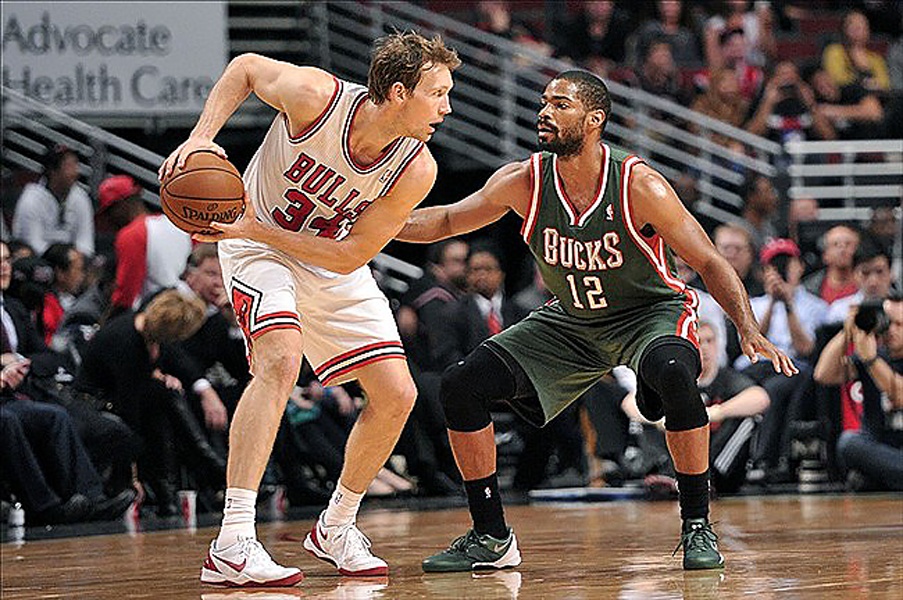 Growing past the pains of injury, the Chicago Bulls are ready to charge in this years playoff stampede.

That’s thanks in part to the re-bloom of Derrick Rose, who is back from yet another game-time crippling injury that saw the collective Windy City fanbase gasping for breath when the two-time, season done, knee injured star went down again.

Still for what seemed like another season lost only came down to a month and change, when this number one returned to service like fellow All-Star Jimmy Butler who also missed time. Judging from the way he drove to the hole last night, the fear of another injury isn’t on those stem brittle legs, as Rose’s play is still ride or die. Whether champagne showers, or commiseration, namesake flowers.

Still in place of their leader and new star these Chi-City Bulls have stepped it up like Common in award season. Now everybody can smile at one of the deepest units in classic uniform going for glory. There’s of course reigning ‘Defensive Player Of The Year’ Joakim Noah, keeping this team afloat like an arc thanks to his leadership. Then to go along with a Brooks bolstered bench under Coach Thibs, we have the scorching Spanish duo of Bull and matador Pau Gasol and Nikola Mirotic. The former Laker champion and internationally experienced rookie are having career, breakout years in all sorts of ways.

Yet it might be one of their understated, unassuming role players whose really helping this team become exactly that. Looking like Steve Kerr, hiding behind the stars. Mike Dunleavy Jnr is the type of player who will be the behind the scenes director who will help this script making team find it’s first big picture moment since the days of Jordan, Rodman and Pippen. His father, Dunleavy Snr was a legend and just like any basketball family like the Barry’s or Hardaway’s the great genes have been passed on. Just like Bill Walton handing down some sweet skill to son Luke, that serious shot from pops belongs in juniors hands too.

And you thought you had to live in the Curry house to have a hot hand?

Now when open to clutch close out his opponents, or to roll off picks for a signature lay-in, Dunleavy is a point maker in his own right. With that Duke Devil pedigree, this kid was picked third by the Golden State Warriors back in the day, heralded as a future star. Still like fellow Blue Shane Battier he’s proved to be more important then that, whether playing for pop or the Bucks.

Now as a Bull, he’s found the perfect home and he’s grabbing this opportunity by the metaphorical horns. With critical averages across the board, reading 9.5 points, 3.9 rebounds and 1.8 assists this guy is a role playing legend. A classic, vintage, hallmark Small Forward. Kind of like a Rick Fox when that guy was hunting for championships with the Lakers. And we all know how that turned out. How beloved that guy is in Hollywood and ring circles.

Now Junior and the Baby Bulls are all grown up they’re ready for their end of term graduation…and just like the good old days they’ll be able to do this because of guys like Mike.