It was all a dream…or so it seemed!

Then you were shook out of it by the steps of NBA legend Hakeem Olajuwon in the paint of green, red, yellow, black and blue and you just knew it was all real.

This weekend the league that cares headed to gorgeous Johannesburg to show that basketball really has no border for an exhibition like no other. Marking the first ever game to be played in the beautiful continent of Africa.

If only Nelson Mandela could have seen this. Sure Ellis Park Arena wasn’t as euphoric as when the South African Rugby team epically won the World Cup, but the crowd were still roaring like the pride of a lion. We’re sure Madiba was looking down and smiling too at quite the court connection in the motherland.

After a 14 point, fourth quarter rally, the Chris Paul led ‘Team World’ beat ‘Team Africa’ 101-97 in a game as exciting as it was entertaining, as competitive as it was compelling, as “basketball” as it was more than just a game.

Yet, still by the end of this exhibition that brought new meaning to the definition ‘friendly’, the score didn’t matter that much. The often quoted and shared feeling at the end of this night was that “everybody won”!

And they sure did…especially the fans.

“To be part of a team coming back to play for Africa. I can’t describe it”, said the Miami Heat’s Luol Deng who was born in Sudan and unable to watch NBA games on T.V., let alone play amongst the stars before he grew up. The player that moved to Britain before the National Basketball Association of America and the Chicago Bulls has been an ambassador to his native land as much as the U.K. where he was raised. Not just raising sports awareness, but that of the more important, critical issues facing this wonderful land. Issues this game hopes to be a welcome distraction from for only 48 minutes, before making its own statement about it based on the solidarity shown from the weeks worth of charitable events that have led to this landmark moment.

“It was an amazing experience. So proud to be able to represent the continent,” San Antonio Spurs role playing, championship great Boris Diaw told press after this African visit. Being part of a team built up of players either born in the continent or with African heritage and getting to share the experience with Coach Pop who even had a smile on his face.

It’s just what this incredible nation of passion does to the soul of someone’s spirit.

A host of todays best NBA stars and international players were on hand for a world tour that took flight like Nike without economy seating for some first class play. The Spanish Gasol brothers of Chicago’s Pau and Memphis Marc manned the post. While Washington’s Wiz kid Bradley Beal led Team World with 18 points to captain Chris Paul’s 12. Whilst ahead of captain Deng’s 20, Milwaukee’s alphabet Giannis Antetokounmpo paced the African team with a nice 22 where every star across the board got theirs…even some legends.

Normally just suited up for the NBA Global Games around the world to provide a legendary international face to bring the fans out of their seats during timeouts, African NBA legends Dikembe Mutombo and Hakeem Olajuwon even got todays best NBA players off the bench as they stripped off their suit and ties like warm ups to actually play in the game themselves. In an incredible moment that almost brought down the rafters the two legendary big men brought their unique skill-sets to the centre of the court. They clearly still had it too with the finger wagging of Dikembe back on the block and Hakeem even dream shaking some of todays players in their prime off their new balance in the pine. It was almost as beautiful as this game being played here to see.

If only Manute Bol could have been there to. Yet he was, in name honoring in the retired rafters of this arena next to Mutombo and Olaujawon who brought their number 55 and 34’s down one last time. Between the iconic red and white of the ‘Clutch City’ championship Houston Rockets jersey and the spectrum of the Denver Nuggets iconic vintage look they brought the Mitchell and Ness best to this Hardwood Classic.

Now how’s that for a throwback? But in this moment mind, it was more like history! 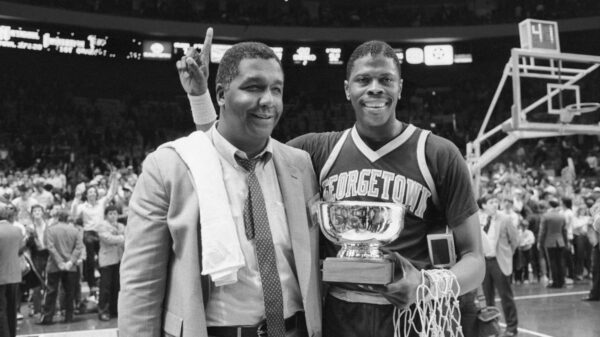 His '84 NCAA championship run was historical in more ways than one. It was the first by a black head coach. We stand corrected.... 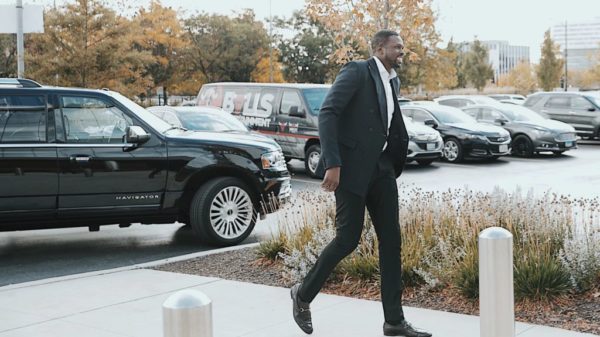 10 years ago this writer holding a microphone as nervous as if he was about to get his Bill Murray on in ‘Lost In... 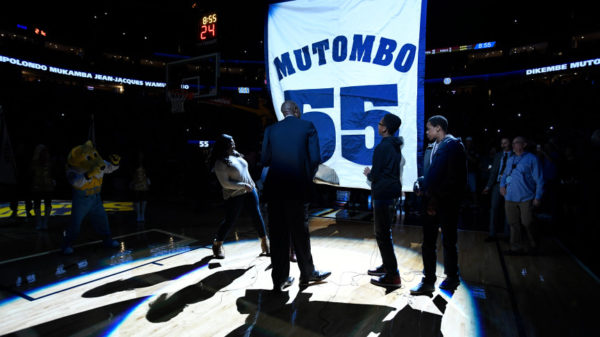 Orange eclipsed the sun as Dikembe Mutombo fell to the floor with his eyes to the sky and raised the Spalding into the Game...

What’s Next For The Miami Heat?

After losing the KING last season, it has been clear that the Miami Heat will never regain the same dominant dynasty they built the...