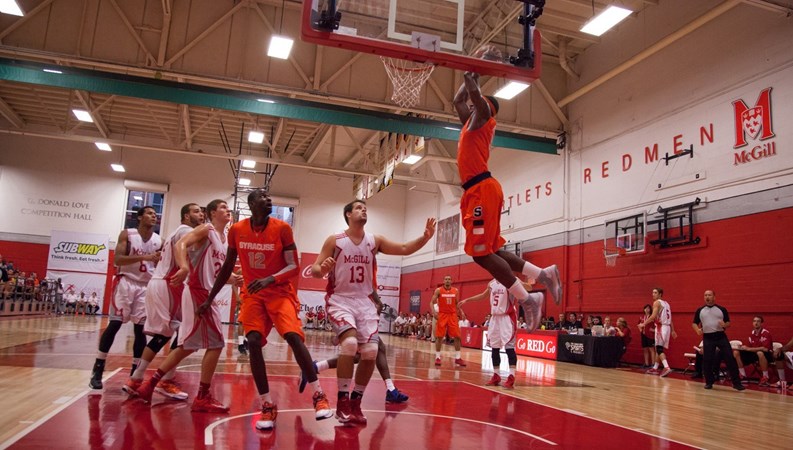 Syracuses superior athleticism and size too much for mcgill redmen

With the Syracuse Orange playing their first game since officially becoming members of the Atlantic Coast Conference (ACC) earlier this summer, freshman guard Tyler Ennis was treated to a rare Canadian homecoming at McGill Wednesday night.

Ennis and his new teammates wasted no time in showing off their superior athleticism and size, running out to a 15-1 lead to start the game and holding McGill without a field goal until nearly six minutes had passed.

The start of quarters belonged to the Orange throughout the contest, as they registered runs of 14-2, 5-0 and 10-0 to start the last 3 quarters respectively en route to an 80-40 victory.

Ennis deferred to his teammates for most of the night, allowing more seasoned teammates Jerami Grant and CJ Fair, who was limited to 1st half action, to lead the way with 17 and 13 points each.

The leadership that Ennis is expected to bring to the backcourt was on display as well, as he provided regular encouragement to teammates including fellow guard Trevor Cooney who struggled to find his shot for most of the night.

The McGill fans had little to cheer for after Ennis’ introduction, but a spirited 11-4 run in the 3rd quarter was fueled by a valiant attempt to match Syracuse’s physical nature. With their 3 point shots not falling early on, the Redmen made a concerted effort to crash the glass in the 2nd half, when they pulled down 22 of their 32 total rebounds. McGill’s Francois Bourque had 13 rebounds himself and just 21 minutes of action.

Syracuse plays another game in Montreal against Bishops before moving on to play Carleton and Ottawa. McGill closes out their exhibition action this month with a game Sunday against Siena. 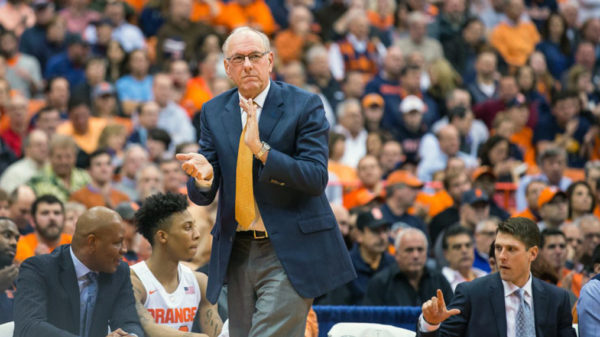 Carleton Ravens and Syracuse Orange set to tangle once again

Defending champions Carleton University Ravens will once again tangle with the Syracuse Orange in a marquee match-up between U Sports and NCAA powerhouses. The... 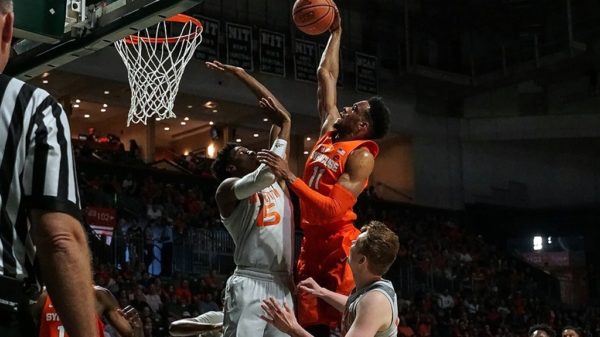 Canadian Freshman and Syracuse Stud Oshae Brissett added to his growing and impressive highlight package with a massive rack attack and facial dunk on... 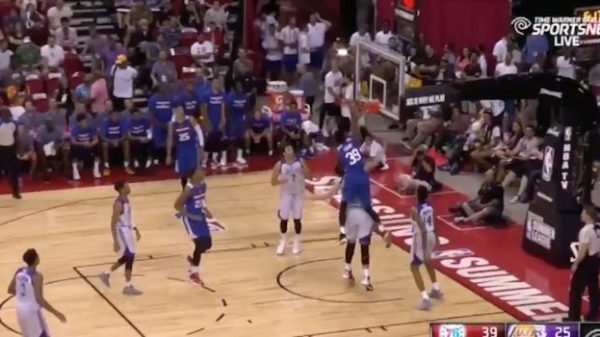 When the Los Angeles Lakers drafted 7’1″, 265lbs Croatian Centre Ivica Zubac they had hoped for a smooth transition from the European game to... 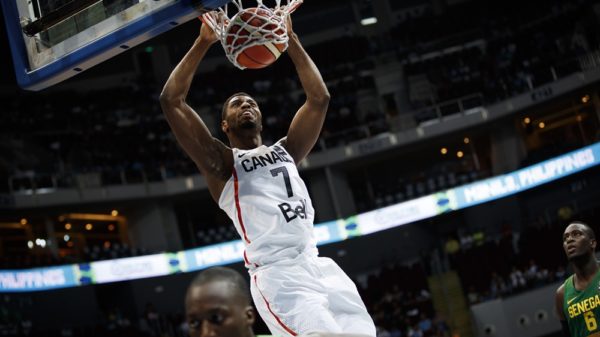 Too close for comfort: Canada eeks out 3-point win against Senegal

In a game where Canada held their opponents to a stingy 28 percent shooting, Canada still couldn’t find a way to pull away at...