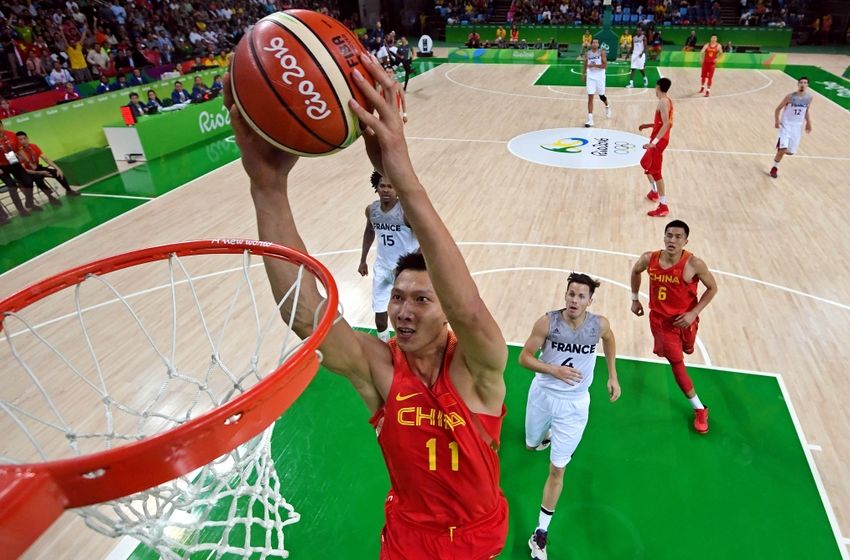 He made his name again in Rio and now Yi Jianlian looks like he’s heading to the California sun.

China may have struggled in these group stages of the 2016 Olympic Games, being knocked out before the quarters (we all remember their opening game blowout against Team USA by 57 points. The biggest margin the U.S have won by since it was all a Dream Team in 1992), but they still showed flashes of brilliance. Especially when it came to the Peoples Republic’s biggest star.

Retired legend Yao Ming may have carried the flag for his country, leading the nation into Brazil’s Olympic Stadium for the opening ceremony, but it was Yi Jianlian who wore the jersey, carrying even the whole Asian continent into contest (aside from the Japanese woman’s team that also represented the Far East).

Yi who followed Yao Ming’s dynasty and legacy into the league averaged 20.4 points and 6.6 rebounds in Rio despite China going winless in its tournament time. His hustle for a bucket and improved athleticism were undeniable. As were his stats in the Chinese league last year. As the 28 year old still in his prime averaged 27.7 points and 10.9 rebounds for the Guangdong Southern Tigers on a 57.5 clip from the field.

The Power Forward was drafted with the 6th overall pick in the 2007 NBA Draft by the Milwaukee Bucks and looks to be now showing that Top Ten worth. Despite impressing for the deers as well as the Mavericks, Wizards and Nets during his half decade tenure in the National Basketball Association that also saw some time with the Texas Legends of the NBA’s Development League.

But now Jianlian looks to be called up again from the same Tiger team he returned to after making his professional playing debut for when he was just 14 years of age. And it looks like the post Kobe young gun Lakers are the team to give him a shot to the tune of a nice $8 million contract. Making for quite the Olympic payday.

The 4 time CBA champion looks to make his NBA comeback permanent after an impressive display in the Rio Olympics. The 7 footer looks to bolster a bench of veterans for the Lakers who are banking their young future on the live or die in L.A. death line-up of former rookies and sophomores Julius Randle, Jordan Clarkson, Larry Nance Jr., D’Angelo Russell and this Summers new number two draft pick rookie Brandon Ingram. Forget a Golden State Fantastic Four of big free agent Kevin Durant, MVP Steph Curry and Olympians Draymond Green and Klay Thompson. These kids could be California Warriors too. And Yi isn’t the only purple player to have a gold Summer in Rio. And we aren’t talking about the aforementioned stars of the future who helped train and test the Olympic roster in what everyone thought would be just another tune-up.

Host nation Brazil’s Marcelo Huertas showed how just a great Point Guard he was and is (and this is the Lakers fourth string P.G.?! No wonder the Lakers re-signed him this Summer. They saw what was to come.), dishing off to the NBA likes of Nene and Leandro Barbosa. As Brazil may have not made it through to the second round, but they sure passed the bar that the Olympic competition set. Even upsetting Spain and new teammate Jose Calderon in a Lakers backups match-up. Put Yi with these two Points, new Cav champ signing Timofey Mozgov and British ambassador of the 2012 London Olympics Luol Deng and you have one deep bench that could star over the kids for those times when only vets can get it done.

Following in the sneaker steps of fellow Chinese countryman and former Laker draftee Sun Yue, the man once dubbed “the next Yao Ming” last played in the NBA in the year of the last Olympics.

Must Read:
US to play Spain in tuneup for Turkey 2010 basketball worlds

Time to go forth.