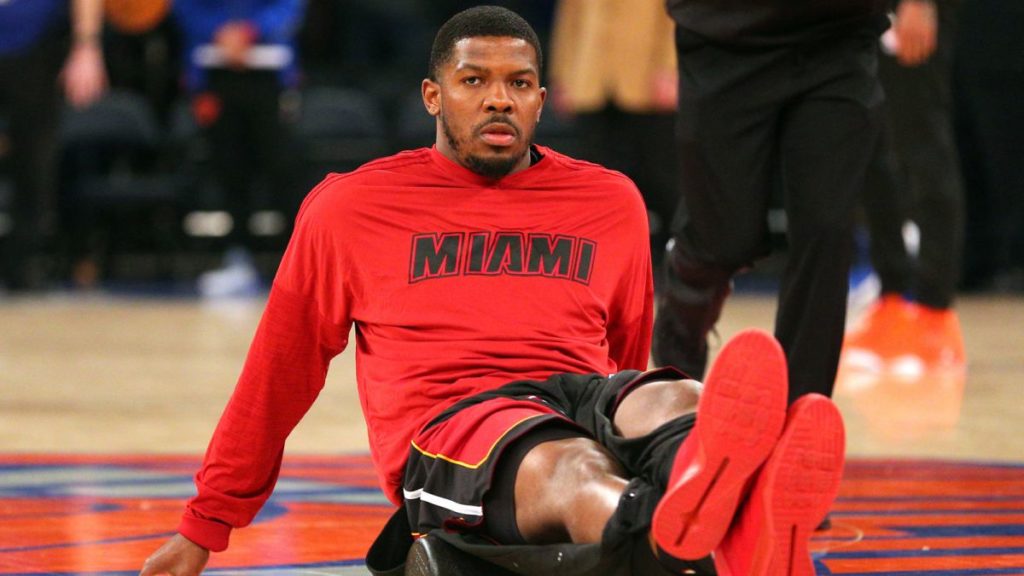 The Heat Is On For Joe Johnson & Miami

Tired of getting no sleep in the B.K. with the Brooklyn Bricks, All-Star Joe Johnson’s talents are now scorching nets in South Beach like the iconic Miami Heat logo.

After being claimed off the Nets waivers by Pat Riley’s Florida franchise, Joe Johnson didn’t have to travel far. Only one Subway line as Miami were in Manhattan to reinvigorate the old Knicks/Heat rivalry from the 90’s when the Brylcreem of Riles was running the show for a strong but slick New York team.

In his Heated debut, J.J. saw red as his dirty dozen points helped his new team Miami go back to the beach with a 98-81 win from the Mecca of the concrete jungle.

Still like Kobe or Jordan at Madison Square Garden, Johnson saved his best for home.

He was flying at the American Airlines Arena after his new heroes welcome and ovation. As the Heat ran over a dozing Bulls team, charging them and cooling them off like Ocean Drive with a 129-111 win, Joe punched in a great line. 24 points, 5 rebounds and 4 assists are exactly what this Pringles Miami Heat team need in compliment this late in the season and close to the playoffs.

No longer the new boy, similar swingman shooter of type Luol Deng had a co-existing 20. Whilst the Flash of rejuvanated superstar Dwyane Wade had 18, to go along with dual guard Goran Dragic’s 17. But the real stud was sophomore star Hassan Whiteside who plugged in 26 and 14 and out a spark stop to any wind from Chi-town, locking horns with the big Bulls.

All these big numbers from these big names and we haven’t even got to Miami’s bigs. From the power of Chris Bosh (Get Well Soon…your health is what’s most important) to Carmelo Anthony’s favourite former teammate Amar’e Stoudemire. Not to mention the likes of loyal veteran Udonis Haslem, off the bench slam spark plug Gerald Green, underrated Josh McRoberts and rising rookie Justice Winslow. All this talent on just one team? Sure they may be missing that one alpha King like LeBron James…but they’ve got a hell of a lot of betas. Classic couplets at each major position they could have a big three on the floor and off the bench. Think Whiteside, Dragic and Deng subbing in for Bosh, Wade and Johnson.

Perhaps they are better off with this decision.

Thankfully for the Heat come the Summer of free agency, Joe Johnson will choose to stick around. He reportedly wants to finish his career in a state of sunshine.

Looks like this franchise of Alonzo Mourning, Tim Hardaway and Shaq history still have quite a legacy of legend to make. Looks like with all these stars (they’ve got more options in their locker room than the players have with uniforms in their actual individual lockers) they’ll still shine for years to come.