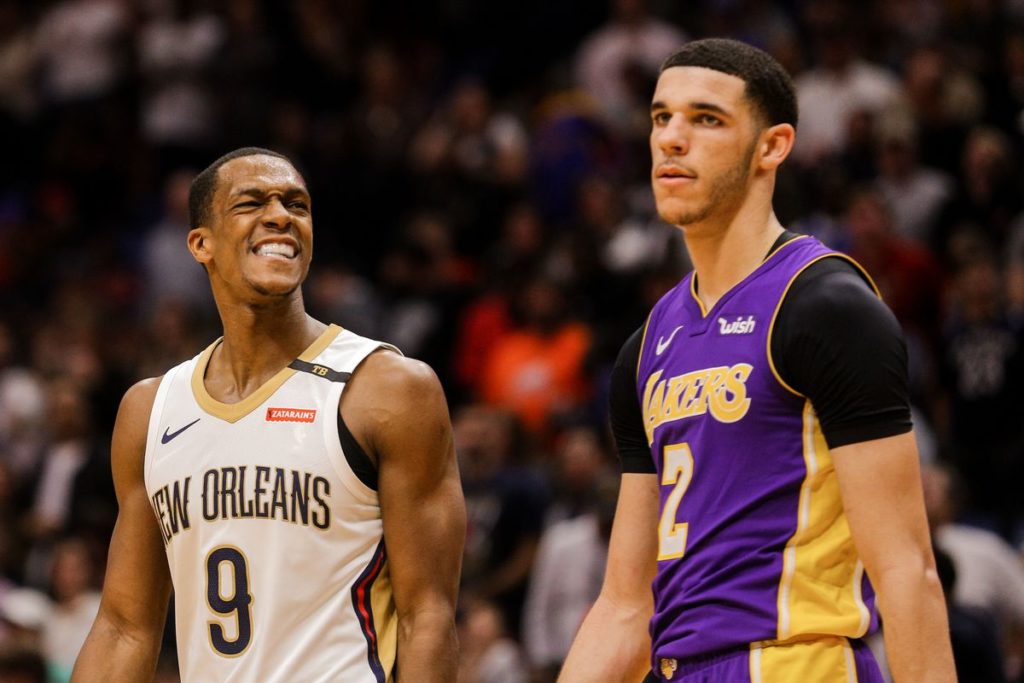 The King is here.

Yesterday former Cleveland Cavalier free agent LeBron James signed with the Los Angeles Lakers. But that $153 mill over four on the dotted line was a mere formality, as number 23 made his decision to follow in the rafter steps of number 24 at the start of the month to begin the Summer second season of free agency. And ever since the crown took his Hollywood throne all the Kings men have followed suit.

Californian champion, Javale McGee from the Golden State Warriors brought his elastic seven foot game to the block (like Instagram hey King James?). Whilst an and one came from the hot air, flavour in your ear of ‘Bron bogeyman Lance Stephenson who is about to huff, puff and blow someone elses house down. And despite losing the big name likes of Julius Randle, Brook Lopez and former Cav teammate for a short spell Isaiah Thomas, President Magic and Rob Pelinka look to add more whether via a big trade for Kawhi Leonard or the Dame time of a Trailblazing Lillard from the city of roses.

But who needs an OKC P.G. when you have two P.G.’s? Last years second draft pick and number 2 future of the LABronzo Angeles Lakers franchise, Ball. And a former Celtic champion who knows how to run rings round L.A. (useful for the next King and Kyrie chapter of the green and gold storied, Boston/Lakers rivalry), Rajon Rondo. It looks like that breakfast with Kobe back in the day really could wait, after the two “a##holes” chopped it up about teaming up over eggs and bacon. But with no yolk for what would have been one of the best backcourts of all-time, we now have the best quarterbacking Point Guard rotation in the L right now. Ready to drop dimes as partners in court crime. As LeBron runs and rules the line, butter to toast.

Sure between these two they have less jumpers than Los Angeles has sweater shops, but the King can’t build his castle in STAPLES without a few bricks now can he? And whilst everyone (LaVar) is wondering who will start this passing and changing of the guard for the new golden state of purple reign, Lonzo and Rondo just want to Ball no matter the name on the back of the jersey. It’s all about the one on the front or the one facing the number 23. Lonzo Ball wants to earn his starting spot and is prepared to play for it. Whilst Rajon Rondo is happy to come off the bench and mentor the kid, although this vet has already scouted his entire new roster of teammates. Because that’s just what a fierce competitor like him does.

Either way if you’re the opposing coach holding the other dry erase you aren’t going to catch a break like a blunt Sharpie when it comes to the Lakers running point for 48 minutes (and to think that before this the Lake Show’s last true point (save an injured Nash back in 2012) was more than twenty years ago in Nick Van Exel). And you thought the Lakers wings were hot. Everyone’s about to get tacos. As these two lead guards have a vision only seen in this town and game via Magic, in more behind the back ways than one. This legend of right now and rising star to be share not only the ball but a basketball I.Q. that’s off the records to be broken charts. Passing first and the bar as they take everyone to school, anyone that tries to test them will end up looking like Forrest Gump.

A King is nothing without his guards.