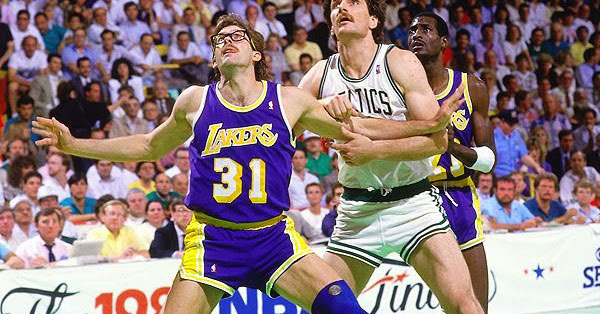 Make Way For The Ram.

Welcome back to the show Kurt, ‘Randy The Ram’ Rambis. This Summer saw the return of a Los Angeles Laker role playing legend of the ‘Showtime’ eighties to an assistant coaching position he held during the Phil Jackson era. Now that’s a lot of championships. No wonder they wanted this guy back. The hard working legend that could make Mark Madsen or Rony Turiaf’s celebratory bench presence, hustle or dunk finishes seem tame was an inspiration to them both and more. The spectacle wearing hipster had his place between the goggles of Kareem and Worthy in the three tiers of downtown L.A.’s Hotel Figueroa  which currently is getting some GTA recognition. Looking something like Garth from ‘Wayne’s World’ with a magnificent mullet and setting defensive traps and rebound sets for his enemy like ‘Rambo’, this guy was cold blooded and blue collar. Exactly what the Showtime Lakers needed against Boston. He played like a Celtic but sweat and bled purple and gold.

The behind the scenes grit and grind to the Hollywood show of Magic, Kareem, James Worthy, Michael Cooper, Byron Scott and A.C. Green, this guy was just as integral and inspirational to this golden and purple era of storied Laker and Larry legacy. Whether Bird or O’Brien, better or worse, victory parade wagon or season hearse, Rambis was always there. Those rings belong to him too. With a moustache that would make ‘Movember’ proud with one twirl he could finish off his man like Christophe Waltz in ‘Django Unchained’…and you thought he looked like a dentist….haha! This guy was no Ned Flanders for the Lakers Simpsons yellow, okely dokely? There was a six pack of strength not beer below that T.V. sitcom dads sweater (and from ‘Sweet Valley High’ to ‘Married With Children’ this guy has more T.V. acting credits than his Klingon, ‘Showtime’ teammate James Worthy too). Just ask Kevin McHale, Bill Laimbeer or any of the other eighties hard men of the NBA…or check their bruises, there probably still there. The man with the teacher spectacles could take anyone to school. Laugh at the mullet now.

Now, recently we have argued to Springfield and the ceiling that Michael Cooper deserves his place in the Hall Of Fame and the Lakers retired jersey rafters with his eighties comrade Jaamal Wilkes. Not to knock him but we may never see the 31 up their or the glasses in the trophy cabinet down the hall. Still that doesn’t mean Rambis isn’t a vital part of Lakers lore. Besides his college alma mata retired his hash-tag 34. Next throwback night someone’s got to rock his number and specs for the ultimate hipster eighties Hollywood night. It’s just a shame Bill Walton’s son has retired. Kurt took the Lakers to hoops nirvana, he came as we was and rocked mainstream Hollywood with his signature style and punctuated play. The man with the horn rimmed glasses helped lead the Lakers championship charge with a stampede of brusing blocks and off-ball, on-point play. The record books may not carry his name, but his trophies are engraved all the same. You can’t write off what’s already been wrote.

From Terre Haute, Indiana he played bigger than his 6 foot 8, 213 pound listing. From Santa Clara his career afforded more than all the rounds and teams that passed on him before he was picked 58th by the New York Knicks, looking like a familiar N.Y role playing legend of the 60’s Phil Jackson and one day having his place next to him in Laker history and on the bench. You see the legend on those cool t-shirts or by fans that dress up like that Kobe heckler from the Red Hot Chilli Peppers video. By the way the billboards held up during his career where a protest to just how good he was in the Lakers banner years. Some may have overlooked the perspired hard work that fogged up glasses, but the real fans saw. In less than a decade with the Lakers that’s what he did…he left his purple bruised and gold coronated mark. The Hornets, Suns, Kings and Greece know what we’re talking about. Still, Charlotte, Phoenix, Sacramento or Athens have nothing on his time in Los Angeles. Just ask Run-TMC or Dwight Howard, good or bad it doesn’t take long to make your mark in the bright light of California.

5.2 points, 5.6 rebounds and 1 and some change assists may be the average of his career but they have nothing on the four ‘chips he helps raised and get off his teammates Celtics harassed shoulders. He may have been a few bucks shy of seven feet but he rose above it all and earned his millions like the tallest man in the room. Once he wrapped that bandana on his head he was Kurt Rambo with an ammunition of tank like strength, rolling over opponent canon fodder drawing first blood. Darrell Rambis was known as Kurt to us, Kyriakos Rambidis to Greece and a nightmare to his opponents who lost possession as well as sleep. You couldn’t stop Kurt when he played like a man possessed. The city of angels found their demon to take them through the dark dog days and to the light and gleam of July’s trophy. The overachieving underdog got his bone and found his home in a Forum of talent. He caught every ball, word out of Jim Murray (the incredible journalist wordsmith joked that he thought this guys name was ‘Loose Ball Rambis’ because that’s all he heard before his name) and Chick Hearn and every round of applause from those who valued hard, earned teamwork.

No wonder the dirty work will of this man has taken him to the coaching class. Still make no mistake about that old adage of average players making the best coaches, Rambis was a Marvel like Stan Lee, anything but mediocre. Now behind the scenes for a big named Lakers team again he looks to shed that tag and give the new Lake Show as a coach what he did as a player. He already impressed Kevin McHale again at the head of Minnesota now what can he do for a former Minneapolis Lakers team once known for their hard work led by the spectacles of George Mikan?  Just think what he could do for Pau Gasol’s game. Soft!? Yeah right this guy born in the U.S.A. of the Springsteen American blue jeans age was tougher than the rest. Chick Hearn once called this Clark Kent lookalike Superman and with the second Man Of Steel gone this could just be the hero the Lakers need in their Avenger season. Time to step in the booth and loosen up the tie. The only thing missing is Colonel Sanders…or Phil Jackson as he’s known…but wait, lets get real here, because behind the Hollywood glamour nothing or nobody works more than Kurt. Adjust your glasses and look for this eighties legend in L.A. once again. Now you remember how to do the hustle right?

In this article:Kurt Rambis, Lakers, showtime