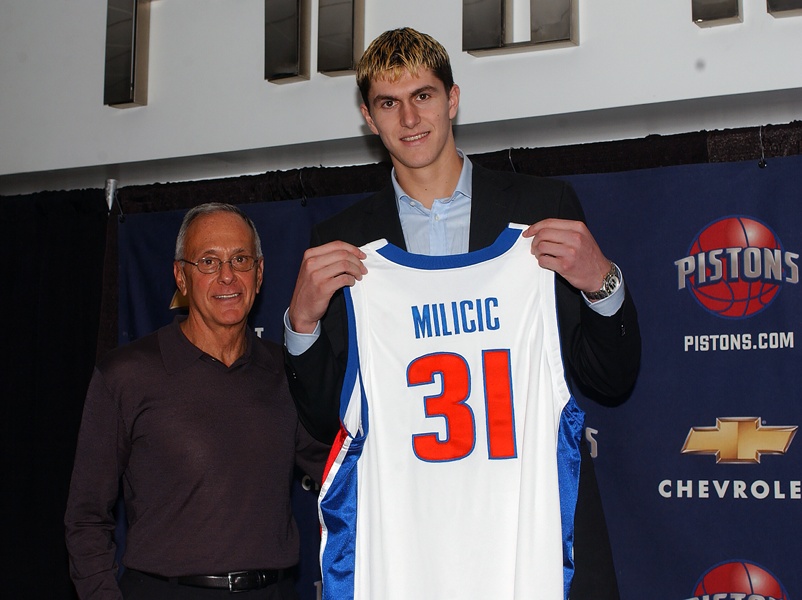 This isn’t just the name of the Twitter handle for one of the worlds best basketball writers and his books (Bethlehem Shoals), its also the phrase that best sums up the career and retirement of Serbian centre, Darko Milicic.

One day (in 2003) this guy was the closest thing to LeBron James and placed in a regard higher than the likes of former ‘Bron rival Carmelo Anthony and teammates Chris Bosh and Dwyane Wade…in the NBA draft that was. Still in a Hall Of Fame class and one of the best drafts ever, rivaling that one in the 90’s (Kobe…check the original SLAM brick wall) and 80’s (Jordan), this guy is now placed in the same category as the Kwame Brown’s and Greg Oden’s and hopefully not Anthony Bennett’s…

Darko better not flop for his next sport. He better stand tall and firm, because without that just like in basketball he’ll be a 7 foot, 250 pound frame with no imposing game. The 29 year-old wants to make it in the sport of kickboxing…and you thought Tracy McGrady’s like Mike, baseball bunt was crazy. Still if the 7 feet of Kareem Abdul-Jabbar can go Kung-Fu toe-to-toe with Bruce Lee than who knows.

Still this isn’t ‘Enter The Dragon’. Darko was no Cap, or the Serbian second coming of Vlade Divac. We do wish this talented man well however. Maybe who we thought would be the next Dirk will be the next Chuck as he swaps Converse for the pain of bare feet and finally becomes the talk of the town. Many thought this guy should have gotten more P.T. after being drafted by the Detroit Pistons. Although once he did in Memphis, he failed to become the next Gasol brother in a league looking for foreign imports. Despite showing flashes of that next to the King worthy brilliance-once torching the Lakers on points, rebounds and blocks-he never shaped-up to be what he could have been in Orlando or Minnesota. As for his New York minute and Boston five…forget about it! Even if he wasn’t a complete bust, he was no boom and as this lowers on his career its time for him to put it down and fight for his new sporting chance. Besides they say 30’s the new 20 and tomorrows a new day. In the Pistons red or blue corner weighing in with a lot of baggage is a guy ready to stand up for himself in more ways than one.

Must Read:
They forgot about Trey

Can he kick it?