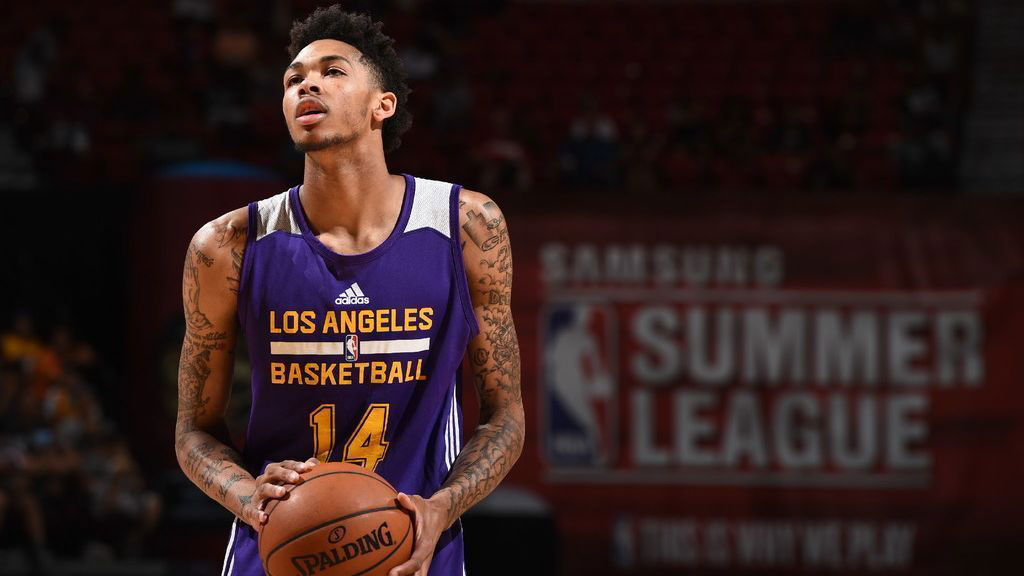 Which rookie would you rather restart your franchise with? It’s going to be the question of the year. The number one, most hyped since LeBron James, Bill Simmons? Or the Coach K, college certified Duke Devil Brandon Ingram? Well we got our first appetizer of this dinner debate this weekend as the number one and number two pick of this 2016 offseason’s draft matched up in Las Vegas as the Philadelphia 76ers took on the Los Angeles Lakers for the NBA’s Summer league.

But in Sin City all bets where off.

Because despite the Sixers and the Lake Shows new stars shining this hot summertime (you saw Brandon’s block flying against the Pelicans right?) it was the sophomores who proved to be the studs not the raw rooks.

And when all the chips are down you know The Iceman cometh. No, we’re not talking about Ingram molding his wiry frame around the game of legend George Gervin, but last years number two pick D’Angelo Russell whose clutch three hotter than July iced the game for the Lakers as he backpedaled back down court, turned to his bench and crowd and pointed to the cappilaries in his arms again for his celebration of rising trademark and tradition.

D’Angelo’s 22 points lead the Lakers to freeze out Philly 70-69, despite Simmons simmering line of 8 points, 10 rebounds, 8 assists and 3 steals, a preview to the power potential that is his all round game. Ingram had a relatively quiet affair with just 7 points himself, so the question of which rook is currently leading the way is now quiet until the time these two officially suit up against each other in the 82. Which we know will be sell-out worth tuning in for.

Last nights starter package was more of a sophomore showcase and a dunking one as Russell-who also had four rebounds and five assists-put the hammer down like a mini norse God. Still, you know when it comes to Laker lay-up lines no one puts it down like Larry Nance’s son. And junior is making his chanted name his own right now as he put on a Showtime show of slams that really seal the envelope on his ballot for this seasons All-Star weekend Dunk Contest. Third year star Jordan Clarkson-who has just signed on for four more years-was out his seat courtside like superstar actor/musician/comedian Jamie Foxx just wishing he could join his brodies oncourt.

But it was Harvey’s son and Horace’s nephew Jerami Grant who had the biggest dunk of the night baptizing the other Lakers rookie Ivica Zubac, the young big man who D-Loading compared to a former underrated draft pick the Lakers let walk away for his brother before he became the star we know as Marc Gasol. Zubac’s reaction said it all…”I died a little”!

Welcome to the NBA kids! The next time Ingram’s Lakers take on Simmons’ Sixers there will be even more at stake!