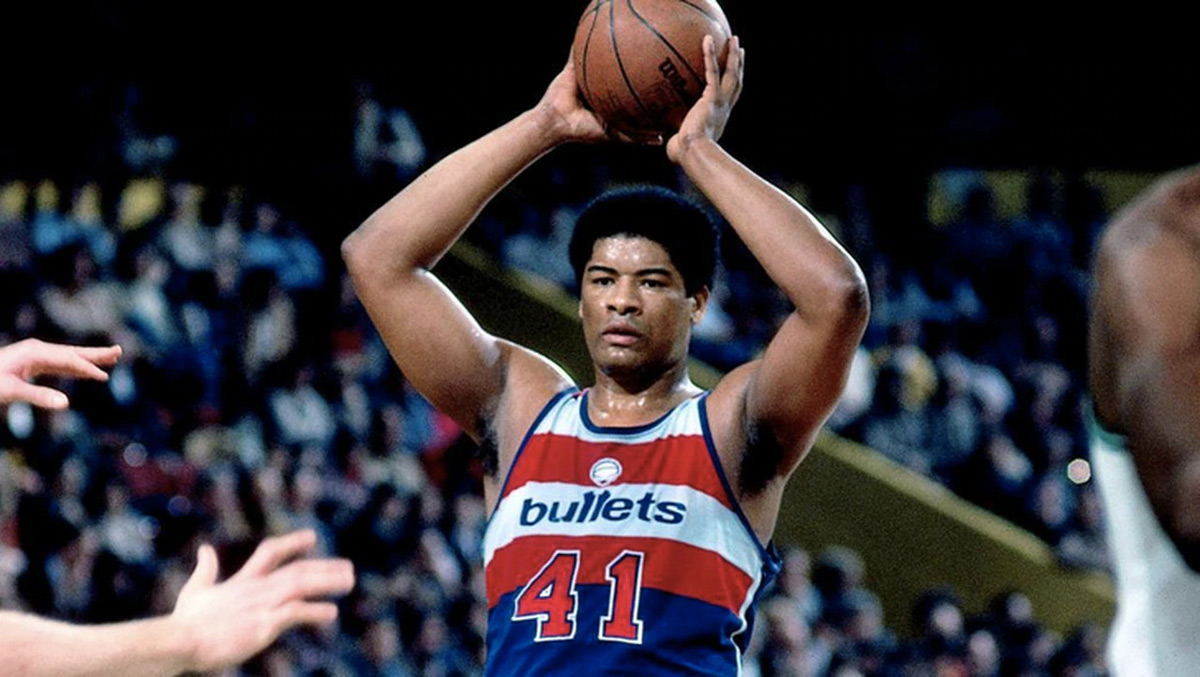 Too much has been going on in the world lately that other news stories have rightfully so taken a sidebar. We must continue to support the fight against racism and the injustice of the police that abuse their power and the flag until we all see real justice once again. How do we still live in a world were some people have a problem with Kaepernick taking a knee peacefully in protest, but not with a cop putting one on George Floyd’s neck?

It’s time to honor heroes like Floyd and his “twin” and former NBA player with the San Antonio Spurs’ and the Golden State Warriors amongst others, the peoples champ Stephen Jackson holding George’s daughter on his shoulders as she says, “my daddy changed the world.” Black Lives Matter like painted in yellow on the road to the White House and Black History matters too. Regardless of the month. So when it comes to powerful POC. Let’s take a look at one of the most unsung G.O.A.T.’s in decades of debate.

The Hall of Fame passed away this week after lengthy health battles with pneumonia and other ailments. He passes away in a year that has already taken too much away from our hoops world like Coronavirus has from the whole wide one. From Commissioner David Stern, to Kobe and GiGi and most recently, ‘The Original Bull’, Jerry Sloan. Wesley was 74.

The Washington Wizards despite having the Blazer rivaling best backcourt in the L in Bradley Beal and John Wall and becoming big in Japan thanks to rookie Rui Hachimura are perhaps most famous for being the stage set for Michael Jordan’s real last dance. Before all that, however, in iconic candy stripped throwback the Wizards like Harry were the Washington Bullets until stands against violence ushered in a name change. Shooting the right way, Wes Unseld-with the starter jacket draped over his weight of the world massive shoulders like the American flag-was a unanimous top 50 talent in this storied association.

The burly Bullet with the afro like Hachimura has now started out with this franchise when they were reigning in Baltimore like ‘The Wire’. This man’s game was HBO good. Don’t believe the hype? This Most Valuable Player lead the Bullets like a Shinkansen train to their only championship in 1978, showing the Seattle Sonics who was really super. Circle of trust, ring of fire certified. Don’t forget like Dirk. Winners are winners and champions are champions. No matter what your water cooler says.

“He was the rock of our family — an extremely devoted patriarch who reveled in being with his wife, children, friends and teammates,” his family who were at his bedside when he died said in a statement. “He was our hero and loved playing and working around the game of basketball for the cities of Baltimore and Washington D.C., cities he proudly wore on his chest for so many years.”

1968. From the moment he was selected second in the NBA Draft you just knew this man was  going to be special. Immediately increasing the Baltimore Bullets win count by 21. Leading what was now his team to a 57-25 record, as the Bullets were shot to the playoffs. Already averaging a double/double of 13.8 points and 18.2 rebounds as a rook.

Rookie of Year & Most Valuable Player

Good enough for BOTH Rookie of the Year and MVP. The first player and second in history to do it since Philadelphia Warrior Wilt Chamberlain.

Following this, from Baltimore to Washington D.C., Unseld took the Bullets to 12 playoffs and four finals off averages across the board of 10.8 points, 14 rebounds and 3.9 assists. He was the ’78 Finals Most Valuable Player when one of the most underrated dynamic duos-Wes and Elgin Hayes-took Washington to the promised land like a Martin Luther King Jr. speech in a big moment for the city.

What dreams were made of this man’s 41 like Glen Rice now resides in the rafters like he does forever our memories. “His physical prowess, undeniable talent and on-court demeanor may have struck fear in opponents throughout the NBA but he will be remembered best as a mentor, leader and friend,” Wizards G.M. Tommy Sheppard said of a man who was definitely scary, but what’s more frightening is the recognition he still doesn’t get from the fans of today.

Time for your history lesson…because this guy made it.